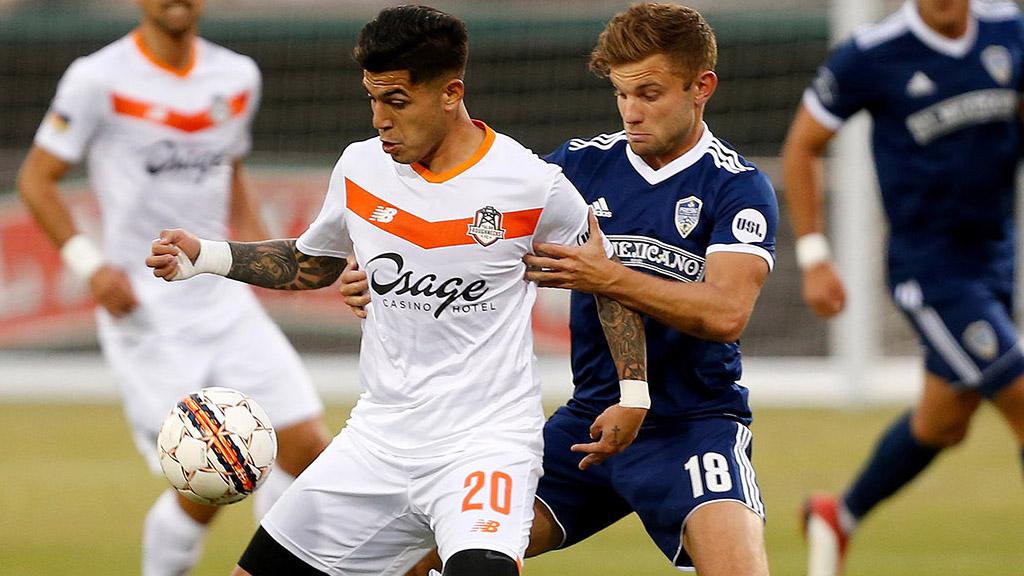 FRESNO, Calif. – With one of the last kicks of the game 2017 PDL No. 1 Senior Prospect Jon Bakero clinched a stunning point for Tulsa Roughnecks FC in a 2-2 draw with Fresno FC on Wednesday night at Chuckchansi Park. In the 27th minute, Fresno midfielder Pedro Ribeiro made the Foxes early pressure count with a stunning strike. Receiving a pass from Noah Verhoeven from outside the penalty area Ribeiro launched a powerful shot, placing it perfectly into the top-right corner of the net to score with his first shot of the season. That goal spurred on the Fresno attack as the Foxes kept the pressure up on Stefan Cleveland but couldn’t find a second goal, settling for a one-goal lead at halftime. Early in the second half, Tulsa came back with the halftime substitute Bakero sticking with the ball and cutting it back to a wide-open Paris Gee who placed his header perfectly into the left corner of the net, giving Bakero his first professional assist just 10 minutes after coming on. Tulsa was almost a new side in the second half, seeing much more of the ball in a more even 45 minutes, but could not make that pay off. The Foxes restored their lead in the 77th minute as substitute Rony Argueta ran on to a rebound, reacting fastest to score his second of the season just five minutes after coming onto the pitch. Both teams were forced to finish the match with 10 men after a scuffle in midfield earned Fresno defender Ramon Martin Del Campo and Tulsa defender Claudio Munoz each red cards. That put a lot more space on the pitch and in stoppage time Tulsa took advantage as Adrian Jusino played a perfect flick for Bakero, who ran in one-on-one and slid the ball through the legs of the goalkeeper to steal a second consecutive draw for the Roughnecks.

Jon Bakero, Tulsa Roughnecks FC – Rarely does a substitute have the kind of impact on a match like Bakero did in this match, getting his first professional goal and assist in a stunning 45-minute appearance. Bakero completely changed the match, giving Tulsa a much more threatening look that paid off.