TAMPA, Fla. – Pittsburgh Riverhounds SC forward Neco Brett has been voted the USL Player of the Week for Week 4 of the 2018 season. Brett scored a hat trick for the Hounds as they swept to their first win of the 2018 season on Saturday in a 4-0 victory against Toronto FC II at Highmark Stadium. 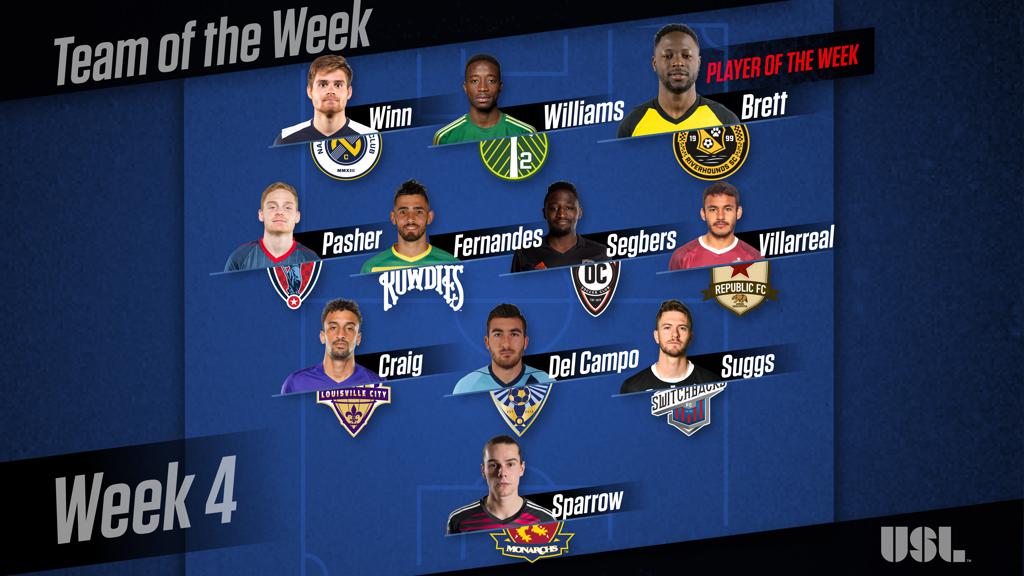 M – Leo Fernandes, Tampa Bay Rowdies: Fernandes had one goal and one assist to lead the Rowdies to an emphatic 5-0 win against Ottawa Fury FC.

F – Augustine Williams, Portland Timbers 2: Williams recorded a pair of assists and won four of six aerial duels, as T2 took its second road win of the season in a 3-0 victory against OKC Energy FC.

F – Neco Brett, Pittsburgh Riverhounds SC: Brett scored a hat trick and also notched an assist as Riverhounds SC took its first win of the season in a 4-0 victory against Toronto FC II.