11 Things – Heads of the River

Road success has been a theme so far this USL season with 13 of the league’s 45 games ending with the visitors taking three points home with them going into Week 4’s action. While some road victories have been impressive, the statements made by the two teams that topped their respective conferences a season ago left a marker that could carry further into this year.

1. CLEANING UP: Defending USL Cup champion Louisville City FC’s record remained spotless with three wins from three games – and three shutouts as well – after the visitors claimed a 1-0 victory in the first River Cities Cup clash of the season against FC Cincinnati. Louisville’s plan to press hard down the right side early with Kyle Smith paid off in a major way, resulting in the only goal of the game by Cameron Lancaster, but the biggest takeaway from the game may have been the resilience the side showed in limiting Cincinnati’s chances as pressure built throughout the second half. Sharp in their passing, with Speedy Williams shining bright in that area in his 2018 debut, Louisville sent its contingent of fans home happy after its second regular-season road win at Nippert Stadium.

2. FULL, BUT NOT FULFILLED: It might say something about the manner which FC Cincinnati’s two road victories to start the season arrived, but Saturday’s display in front of a USL home opener-record crowd of 25,667 fans might have given us the truest snapshot of what this side is going to look like as the season progresses. The hosts were admittedly pushed back on their heels early by Louisville’s flurries, but as the game wore on, the hosts clearly had the upper hand as it moved City’s line of resistance back. Louisville’s resistance withstood the pressure, but the areas in which the visitors won possession before and after halftime also told a story about the game overall. 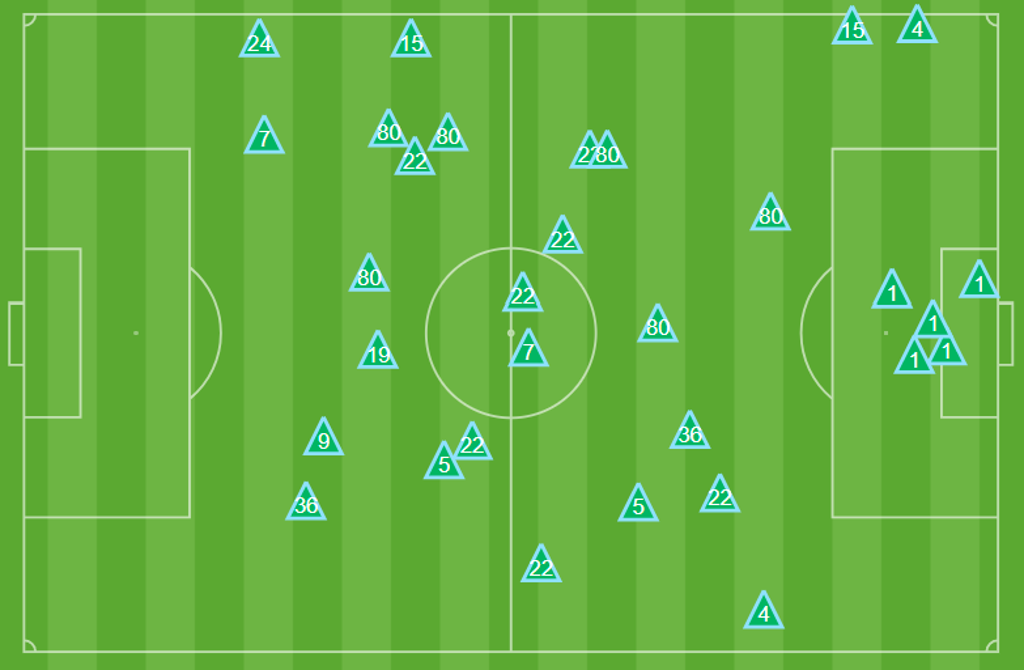 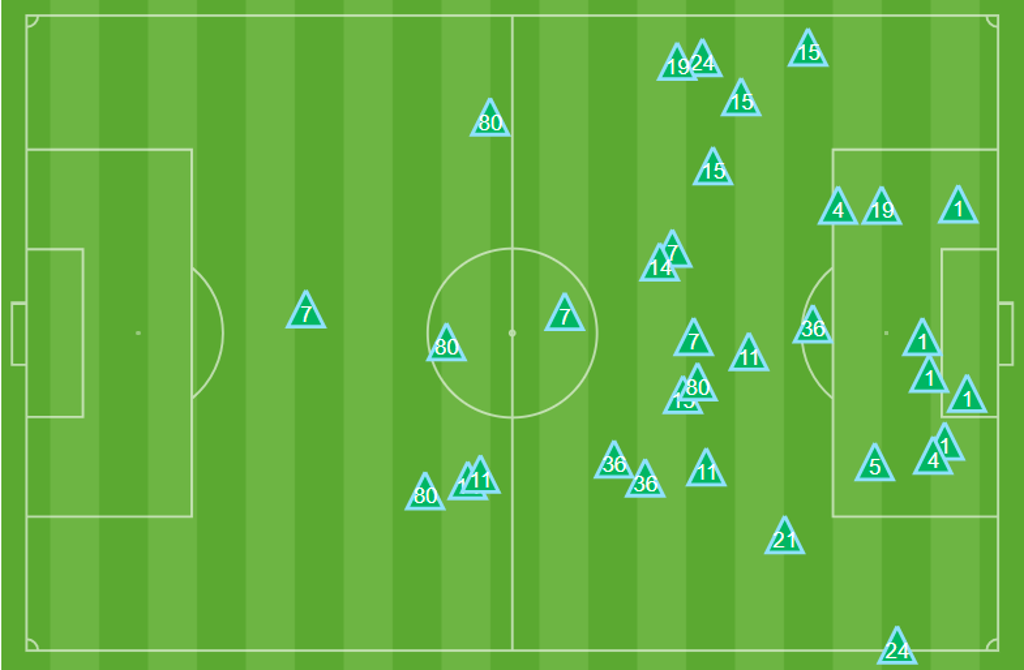 Cincinnati heads on the road next to face a Bethlehem Steel FC side it struggled against a season ago. It will be interesting to see what sort of response Head Coach Alan Koch’s side produces.

3. V FOR VELASQUEZ: Real Monarchs SLC wasn’t afforded nearly the number of chances it earned in its first two wins of the regular season, and despite being placed under regular pressure from the off on the road against Phoenix Rising FC before a sellout crowd of 6,531 fans, that didn’t matter thanks to Sebastian Velasquez. A worthy All-League selection a season ago, Velasquez put together a standout display that was capped by the only goal of the game to keep the Monarchs’ perfect start going into Wednesday’s game against Seattle Sounders FC 2. Velasquez only missed three passes out of 40 on the night, but it was his movement off the ball that allowed him to find pockets of space that made him first accessible to teammates as an outlet, and ended up setting up the goal he polished off in the second half, that showed off the great qualities he brings to the defending USL Regular Season champions.

4. CLOSE, BUT NO CIGAR: Phoenix Rising FC got its own dynamic midfield display from Solomon Asante, whose pace and technical elusiveness is going to give opponents fits all season but was unable to find a way past a stellar five-save shutout by Connor Sparrow as it was held scoreless for the first time in 2018. Sparrow’s display earned plaudits from Phoenix Head Coach Patrice Carteron, but he was also rightly pleased with much of what his side produced over the 90 minutes. “We should have scored at least once,” said Carteron. “We did create a lot of chances and usually we'll get a better result when we have that many chances. If we create like that in the future, we will win many games.”

5. WINN-ING HAND: Nashville SC had figured experience was the way to go in attack to start its inaugural regular season, but after two impressive performances by rookie Alan Winn that included what proved to be the game-winning goal in Saturday’s 2-0 victory against the previously undefeated Charlotte Independence, it’s looking like the talent that made the 22-year-old one of the PDL’s top prospects a season ago is going to make him hard to keep out of the lineup for NSC Head Coach Gary Smith. Winn’s first professional goal, beautifully taken with a curling low shot to the left corner, sent the crowd of 7,487 fans at First Tennessee Park wild and capped a display that saw the former Tobacco Road FC winger prove a menace on a regular basis down the right side.

6. HIGH FIVE: The Tampa Bay Rowdies wanted a response to their first loss of the regular season when it returned home on Saturday night to host Ottawa Fury FC, but while the hosts put in a solid first half, they were held at bay by a Fury FC defense that limited Tampa Bay to only nine touches in the attacking penalty area. A second-half that saw the Rowdies almost triple that number, however, produced the incisiveness and openings that led to the first five-goal victory in the club’s modern era. The Rowdies’ finishing was such that every shot it recorded after the break was either on target or blocked, with all five goals coming from 15 yards and in. Tampa Bay has already put itself among the contenders to Louisville’s title in the Eastern Conference – its loss at Slugger Field the mark against it – and Saturday’s performance will have the rest of the conference alert to what the Rowdies are capable of.

7. ORANGE JUICED: While the Rowdies were among those expected to be near the top of the Eastern Conference at the start of the season, the continued early surge by Orange County SC has been one of the more interesting storylines in the West. A third consecutive shutout victory, this time at the expense of its 405 rival the LA Galaxy II on Saturday night, moved OCSC into the top spot in the Western Conference on goal differential at the end of the week. There will be bigger tests to come – notably this Saturday’s trip to San Antonio FC – but there’s very little reason to doubt what’s going on at Champions Soccer Stadium, considering the pedigree of the players leading the way and the inconsistency we’re seeing elsewhere.

8. POWER OUTAGE: Meanwhile, the side that Orange County opened its three-game winning streak against, OKC Energy FC, saw its struggles continue in a 3-0 defeat to the Portland Timbers 2 that saw Energy FC’s offense repeatedly misfire. OKC officially finished without a shot on goal in its 11 shots overall, as Jaime Siaj’s effort off the left post in the first half proved the closest the hosts came to hitting the target on the night. T2 proved far more clinical in taking its chances for a second road win of the season. Slow starts are nothing new to Energy FC, the side took only one win in its first six games each of the past two seasons, and on both occasions, it pulled things together well enough to reach the postseason, but with a visit to the Swope Park Rangers up next, OKC will want to get things turned in the right direction sooner rather than later.

9. STUCK IN THE MIDDLE: The Rangers earned a 1-1 draw against San Antonio FC on Saturday night to remain tied for the Western Conference lead on 10 points after a game that felt unsatisfying to both teams. Swope Park held the edge in possession, as expected, but was unable to produce much in the attacking third beyond Kharlton Belmar’s fifth goal of the season, which proved to be the visitors’ only shot on goal. San Antonio applied more pressure as it won possession in good positions but was ultimately thwarted by a good goalkeeping display by the Rangers’ Eric Dick. “Sometimes you draw a game, and it feels like a win. Sometimes you draw a game, and it feels like a loss,” said SAFC Head Coach Darren Powell. “Tonight, I think it’s just that in-between where both teams wish they had gotten more out of tonight’s match.”

10. SLIDING DOORS: After a performance the previous weekend, in which it seemed Indy Eleven did everything right only to lose in its home opener to FC Cincinnati, the club’s fortunes flipped this Saturday in a game that left North Carolina FC wondering what it had to do to earn its first points of the season. Tyler Pasher’s early goal for Indy at Sahlen’s Stadium at WakeMed Soccer Park was arguably the only big chance the visitors produced in the contest, but a pair of shots off the woodwork and a stoppage-time penalty-kick save to deny NCFC’s Kyle Bekker by Eleven goalkeeper Owain Fon Williams saw the visitors home. North Carolina’s display certainly gave hope of better things to come, but next week’s visit to in-state rivals the Charlotte Independence now looms large in terms of needing some sort of result.

11. BARK AND BITE: An attacking result was all Pittsburgh Riverhounds SC fans were hoping for this weekend following a pair of scoreless draws to kick off the new season, and thanks to Neco Brett’s first professional hat trick against Toronto FC II, the Hounds finally got off and running in an impressive display at Highmark Stadium. Entering the lineup due to an injury suffered by fellow Jamaican Romeo Parkes, Brett showed not only smart movement to set up his first two goals but also his willingness to pay a price to get his reward on the third. Brett finished the game with three goals, one assist and four key passes, ending the Hounds’ goal drought to start the season and potentially sparking a move toward the higher reaches of the Eastern Conference.