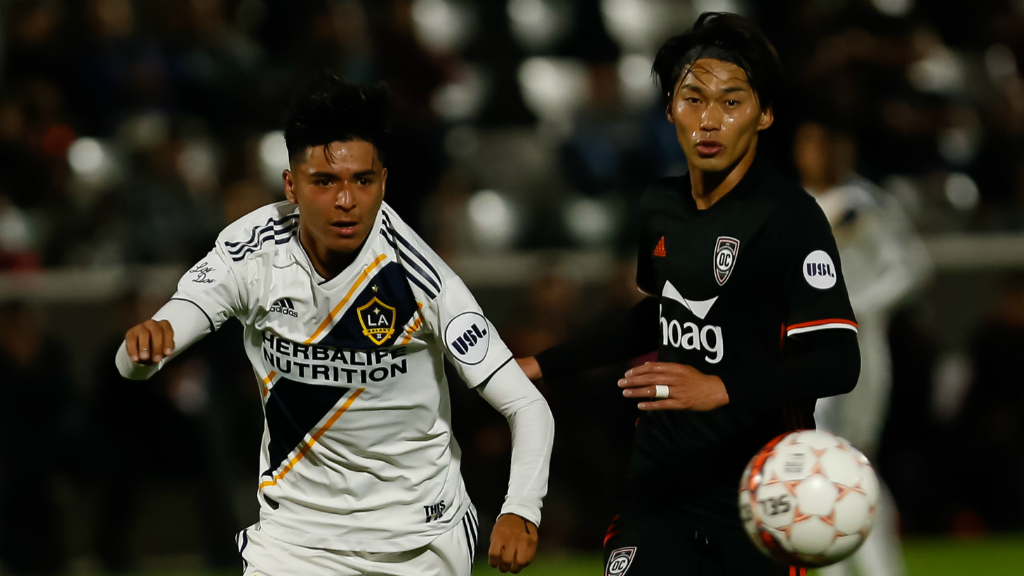 IRVINE, Calif. – Behind two goals from substitute Mark Segbers and one to remember from Nansel Selbol, Orange County SC now sits atop the Western Conference standings after recording a 3-0 victory against the LA Galaxy II at Champions Soccer Stadium at OC Great Park on Saturday. Segbers, who is on loan from the New England Revolution, scored the opener just before halftime, netting on a breakaway after Michael Seaton played him through towards goal. Segbers tallied his second of the match in the 58th minute, hitting a left-footed curler from the top of the box around Los Dos goalkeeper Eric López. He wasn’t the only substitute to shine for Orange County, though, as Nansel Selbol scored the final goal of the game in the 88th minute, bending in a beautiful right-footed effort up and over Lopez. With the win, Orange County improves to 3-1-1, while Galaxy II falls to 0-2-2.

Mark Segbers, Orange County SC – The forward scored a brace on Saturday and completed 82.4 percent of his passes to ensure a home win for Orange County.