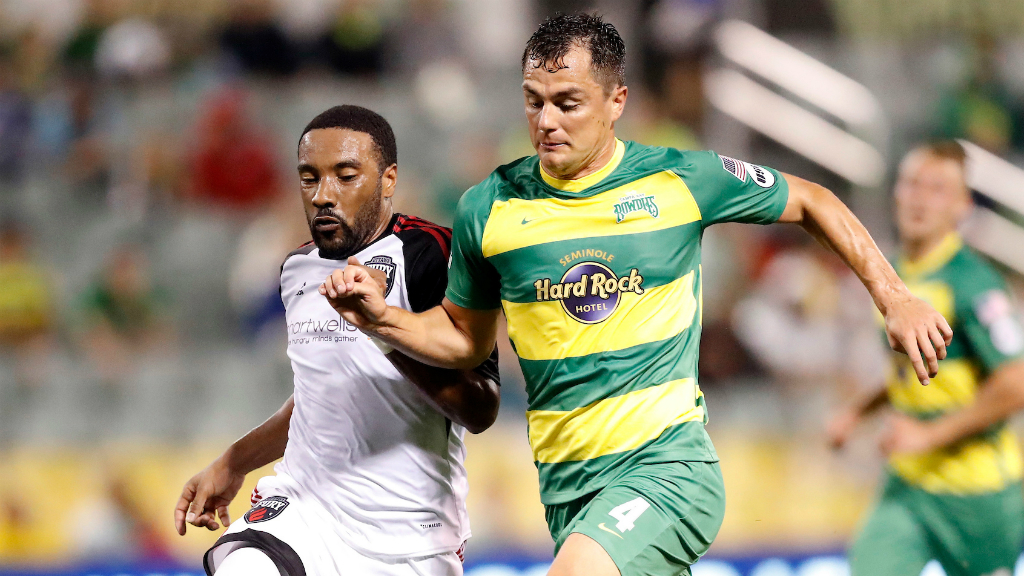 ST. PETERSBURG, Fla. – The Tampa Bay Rowdies’ strong run to start the 2018 USL regular season continued on Saturday, as the team earned an impressive 5-0 victory against Ottawa Fury FC at Al Lang Stadium. Georgi Hristov’s third goal of the campaign proved to be the winner in the match, while the team added four more goals before all was said and done. Hristov’s goal came in the 60th minute, as Marcel Schäfer served in an inch-perfect cross from the left wing, and Hristov was there to head the ball by Fury FC goalkeeper Callum Irving. The floodgates finally opened for the home side following that goal, as Leo Fernandes had a hand in the next two goals, Joe Cole netted his first one of the season and Zac Portillos added the fifth tally of the night in stoppage time. With the result, the Rowdies move to 3-1-0 on the season, while Ottawa falls to 0-2-0.

Leo Fernandes, Tampa Bay Rowdies – The forward had a hand in the second and third goals, with the latter being scored after a quality run into the box, and he also assisted the fifth goal of the evening.