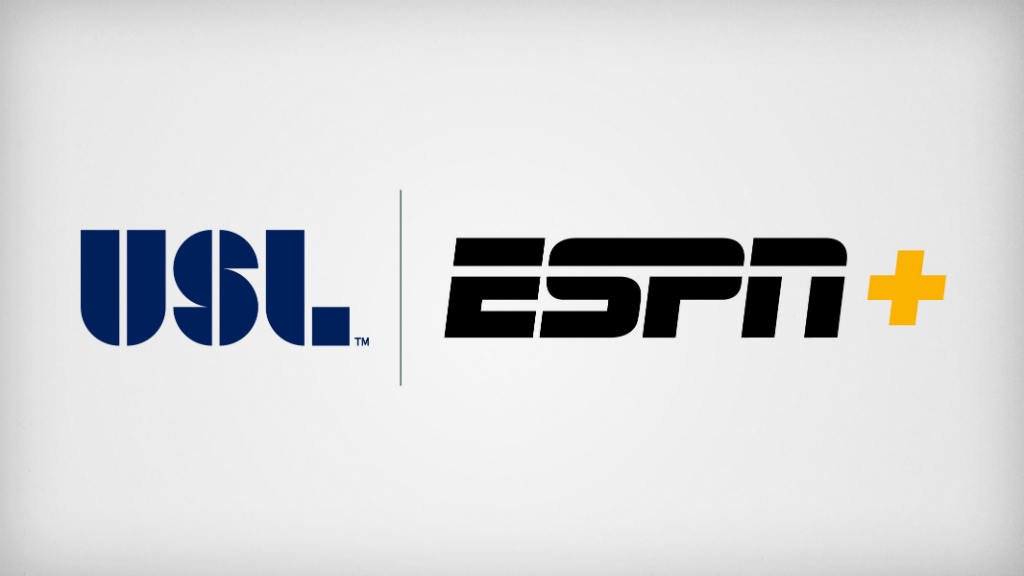 TAMPA, Fla. – The United Soccer League (USL) announced today the expansion of its broadcast agreement with ESPN for the 2018 and 2019 seasons that will bring more regular-season games to linear networks and make ESPN+ the league’s streaming subscription service in the United States.

“We are thrilled to expand our valued relationship with ESPN through the 2019 season,” said USL Chief Executive Officer Alec Papadakis. “Our collaboration has grown organically over the last few years, as we’ve worked closely to continually enhance our broadcasts. In addition, our investments into USL Productions and partnership with VISTA Worldlink – now in its second season and under the visionary guidance of industry veteran Michael Cohen – has built the league into a premier television sports property which delivers engaging, exciting and unique content for fans all season long. Our clubs and players will benefit from the significantly increased exposure across ESPN’s linear networks, ESPN3, and our presence on ESPN+ alongside Major League Soccer, the English Football League and UEFA Nations League, and other top international soccer leagues and tournaments.”

“We have worked in great collaboration with the USL to leverage numerous ESPN touch points to reach fans, and will continue to do so through this latest agreement,” said Scott Guglielmino, Senior Vice President, ESPN Programming. “We look forward to our expanded relationship as we serve fans across our platforms in new and engaging ways.”

Now in its third season, the USL’s agreement with ESPN will see six USL regular season games and the 2018 USL Cup aired on linear networks, a major increase from a season ago. The full 2018 Game of the Week schedule will be released in the coming weeks.

In addition to the USL Game of the Week on ESPN3, the league’s regular-season contests will be available in the United States through ESPN+ after its launch on April 12, where the league will reside alongside Major League Soccer, the English Football League and UEFA Nations League on the new direct-to-consumer subscription streaming service from The Walt Disney Company Direct-to-Consumer and International group in partnership with ESPN.

Prior to the launch of ESPN+ on April 12, all USL regular season contests will be available through the league’s YouTube channel.

Games will be produced by USL Productions, the league’s state-of-the-art broadcast production, broadcast and distribution facilities with VISTA Worldlink in south Florida. Now in its second season, USL Productions produces and distributes more than 500 league matches and more than 1,000 hours of original content to national partners and local affiliates. The USL Match Center will also return for the 2018 season, with up-to-the-minute match statistics provided by industry leader Opta.