Republic FC Storms Back for Draw at RGV

Stoppage-time own goal salvages a valuable road point for Sacramento 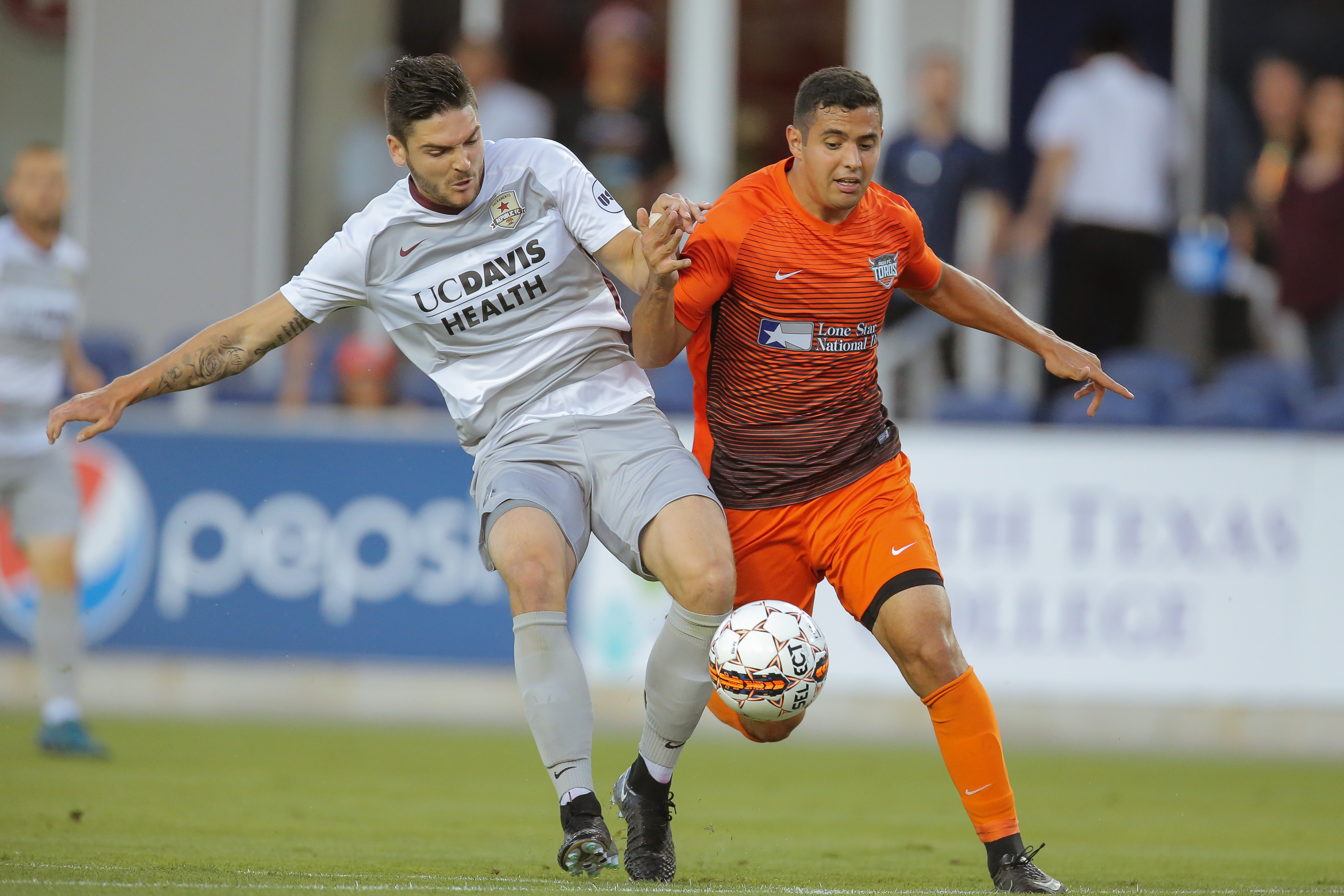 EDINBURG, Texas – After a stunning comeback effort, Sacramento Republic FC salvaged a 2-2 draw against Rio Grande Valley FC at H-E-B Park on Saturday night. Early in the first half, both clubs shared control of the ball and the frequency of attacks, with neither putting a dangerous effort forth. The first genuine opportunity of the match would go the way of the Toros shortly after the half-hour mark, with Todd Wharton's falling chip getting over Sacramento goalkeeper Josh Cohen but banging off the crossbar before being cleared out of danger. Republic FC created its first big chance several minutes later, as Keven Aleman's shot went narrowly wide of Toros goalkeeper Nico Corti's goal, threatening the stalemate and reaffirming the Republic's growing momentum. Adam Moffat generated another chance just before the break for Sacramento as Corti got a late look and narrowly parried away his long range effort towards the bottom-left corner, leaving the match scoreless heading into halftime. The stalemate would be broken quickly in the second half by the Toros as Aldo Quintanilla was taken down in the box by Republic FC's Cole Seiler, and Wharton stepped up and calmly converted the penalty with a hard strike to the lower-left corner. The referee's benefit swung the other way later in the half, as Republic FC drew a penalty with about 15 minutes to play when Kai Greene took down Villyan Bijev in the box. However, Corti preserved RGV's lead, as he made an easy save to his right on Aleman's take to keep the hosts ahead. That miss would come back to bite Republic FC moments later, as Jorginho James buried a long-range effort from 25 yards out to double the Toros' advantage in the 79th minute. But Sacramento battled back as Cameron Iwasa scored almost immediately, finishing a flick from Adam Moffat to pull the visitors back within one. Republic FC completed its comeback in the final moments of the match, as a late cross was turned by Conor Donovan into his own net to disappointingly force RGV to settle for a single point, instead of their first win, while keeping the visitors unbeaten on the season.

Adam Moffat, Sacramento Republic FC – After the Republic fell behind by two, Moffat found Cameron Iwasa for an immediate response before banging a cross off Conor Donovan for an own goal to earn a point for the visitors.