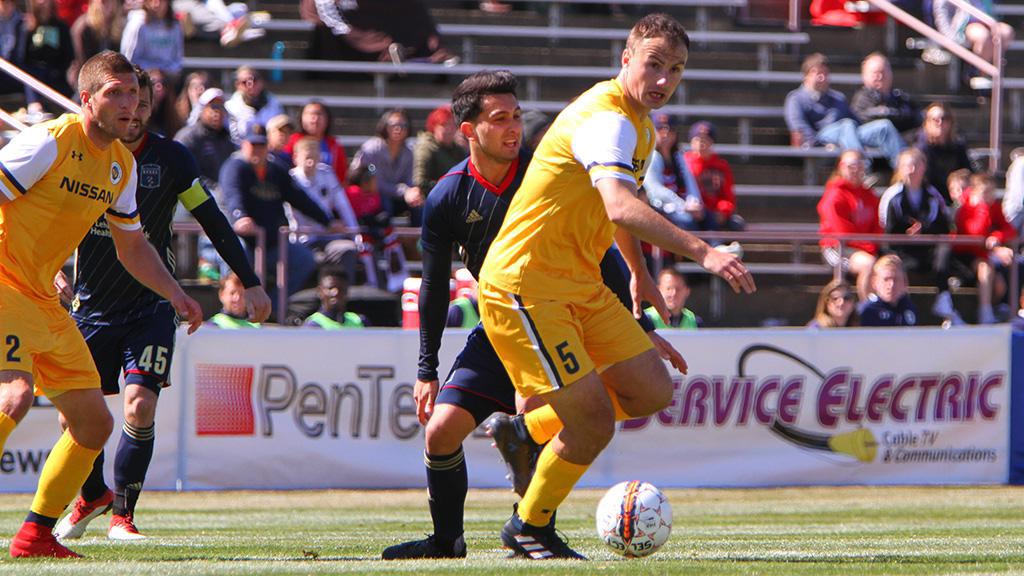 BETHLEHEM, Pa. – An early goal and a red card helped seal Nashville SC its first win as Nashville held on for a 1-0 win over Bethlehem Steel FC at Goodman Stadium on Saturday afternoon. It was the worst possible start for Bethlehem as defender Brandon Aubrey was shown a red card after dragging down his man, clean through on goal, to make matters worse the referee pointed to the spot allowing Nashville forward Michael Cox to step up and send the goalkeeper the wrong way for the Nashville's first goal in the USL. With a man advantage, and up a goal, Nashville was content to concede possession through the first half but rarely looked troubled, heading to halftime 1-0 up. The best chances for Bethlehem came on set pieces and in the 55th minute Nashville goalkeeper Matt Pickens had to be at his best to deny a free kick from Steel FC captain James Chambers, before getting down quickly to block the follow-up chance. That would be as good as it would get for Bethlehem, as Nashville got the job done defensively to take all three points.