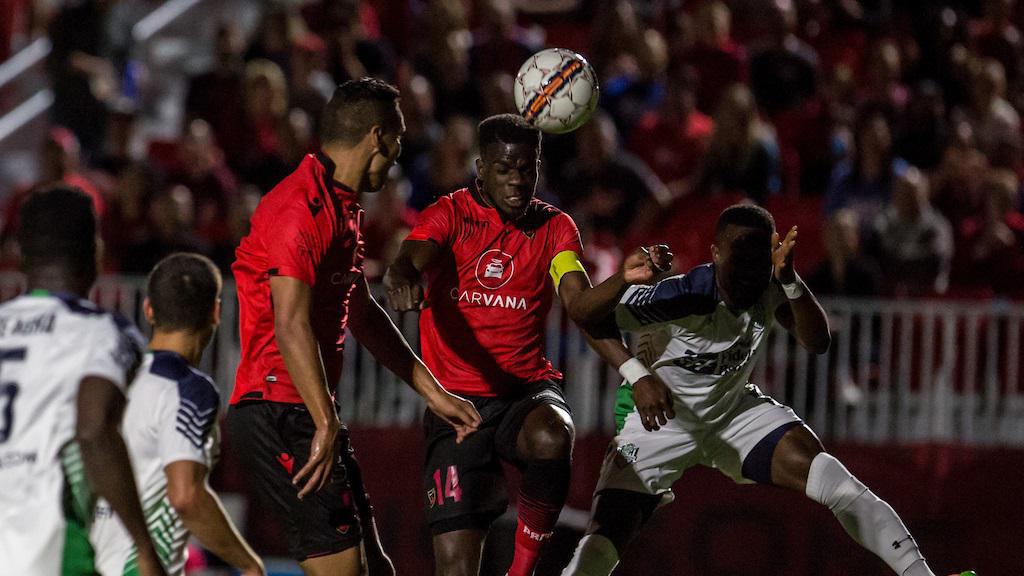 RENO, Nev. – After a dominant performance against OKC Energy FC last week, Phoenix Rising FC is looking to continue its strong offensive output and build some consistency when it visits Reno 1868 FC on Saturday afternoon at Greater Nevada Field (7 p.m. ET | Match Center). Producing that level of offensive performance consistently is what the team is focusing on this year, and last week it certainly paid off.

“No matter the circumstances, we always want a win. I said the week before that we didn't really deserve to win in Orange County, so I was sad because I'm always sad when we don't win the game. Sometimes you just need to pay attention to a few details,” said Phoenix Head Coach Patrice Carteron. “But I like to control the games. And when you don't control the game 100 percent you might concede a goal. So we just need to work hard on a few things, a few details. On the free kicks, we are still having some problems. But the message is clear. We'd rather win 4-1 than 1-0, to be honest. Like I've said before, I want the team playing very offensively this season.”

The big headline from Rising FC's first win of the 2018 season was a perfect hat trick from Phoenix forward Chris Cortez, but the veteran forward knows that soccer is a team sport and he is determined to work not for himself, but for the team achievements.

With Rising FC having been held scoreless in both of its prior meetings with Reno, including a 0-0 draw when the teams met at Greater Nevada Field a season ago, putting an end to that particular streak against a fellow Western Conference contender would be another positive step forward for the side.

“The most important thing was that we won big and entertained the fans at home. I thought we did that very well. For me, a few days later, the game is done. It was awesome but now it's about going to Reno this week and getting a result,” said Cortez. “I just want to do the same things week in and week out. We'll take what Patrice and the rest of the coaching staff have scouted on Reno, look at that, and then focus on what we need to improve on our side.”

SWITCHBACKS TRYING TO LEARN LESSONS: After having so much of the ball and looking the better side for much of their match last week, Colorado Springs Switchbacks FC is looking to get on track in Saturday’s trip to take on Saint Louis FC at Toyota Stadium – Saint Louis (5 p.m. ET | Match Center) having taken away the lessons from that hard defeat.

“I believe this loss can be looked at as a lesson. We make the right adjustments that need to be made, and we learn from our mistakes,” said Switchbacks forward AJ Ajeakwa this week. “Success is where preparation and opportunity meet. So this week we as a team, we’re going to put the work in on and off the field to be ready for this weekend’s game.”

Saint Louis FC has had a difficult start to the season as well, with two tough road games in Texas against Rio Grande Valley FC and San Antonio FC. But through those two games there have been lessons to learn, and now the side is looking to bring its fans a big performance in its home opener for the new season.

“I think there was a significant improvement in our performance level from RGV to San Antonio. I certainly felt we deserved more than what we got from last Saturday’s game but that happens in football sometimes,” said Saint Louis FC Head Coach Anthony Pulis. “Something we stress all the time is the importance of focusing on, believing in & trusting the process because if we keep doing the right things consistently on a daily basis & improving week by week then the results will come.” 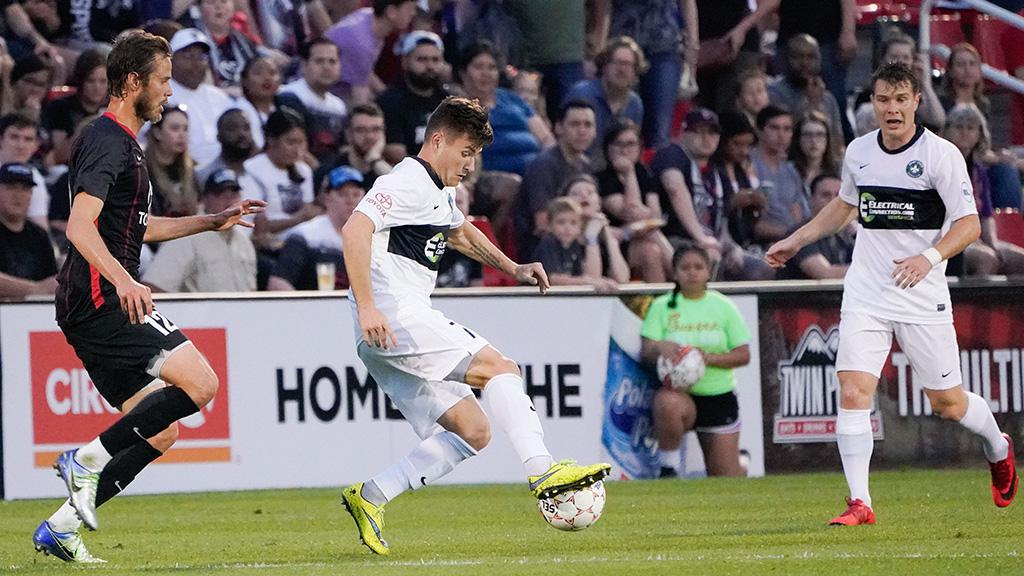 Having prepared through the week for the match on Saturday, the focus has been to not worry too much about the change of surroundings. For Switchbacks Head Coach Steve Trittschuh Saturday's game is just like last week's, and nothing too drastic will happen because of the loss.

“We will prepare just like we are having a home game. We are going on this road trip to get points. The players know that we were off a little against Portland so they are determined to correct what went wrong and get back on track,” said Trittschuh. “We have our whole team back now so the guys know what we are capable of. We will have a better focus on what the game plan is and play with confidence.”

PORTLAND AIMING TO BUILD: After what was a season full of frustration for Portland Timbers 2 in 2017, 2018 is already off to a mush more positive start. After the club's dramatic win on the road last week in Colorado Springs, T2 is looking to use the momentum of that to build something better this season.

“I think the win is very big, we talked after the first result against Seattle about getting a lead and then protecting that result and I think the guys did that,” said T2 Head Coach Cameron Knowles. “They found a way to get the lead and then they did well to protect that result. It was a difficult game in difficult conditions so we take a lot out of that moving forward ahead of a difficult road stretch.”

Through those first two matches T2 forward, Augustine Williams has been impressive, scoring two goals, including the side's late winner against the Switchbacks. Now in his third season with the club after signing as an 18-year-old midway through the 2016 season, the California native has taken good advantage of his situational awareness to seize upon a pair of rebound chances in the penalty area to notch the seventh and eighth goals of his career.

“The key has been training hard every day and staying focused. The coaches have been telling me to get in the box and get on every loose ball I can get and I think I’ve done that pretty well,” said Williams. “It’s important to be always aware, especially on crosses to be alert to that loose ball, that second ball, or defenders missing the ball.”

T2 will face another big road test as its heads back to the Rocky Mountains for Saturday's meeting with defending USL Regular Season champion Real Monarchs SLC at Rio Tinto Stadium (3 p.m. ET | Match Center), a game that continues a five-game road trip to start the season while upgrades are complete at Providence Park. Knowles is hopeful his side will be up to the task despite the Monarchs holding a 2-0-2 record at home all-time in the series between the clubs.

“They’re a very good team, and they’ve shown that they’ve got quality players and a good coach they’re a very organized team and they snatched a result in their first outing of the season, scoring in the 89th and 91st minutes, so they’re riding a lot of belief, they’ve got a lot of quality,” said Knowles. “It’s the start of a week on the road for us so it’s going to be very important to go in there and get a result and set the tone for the week.”