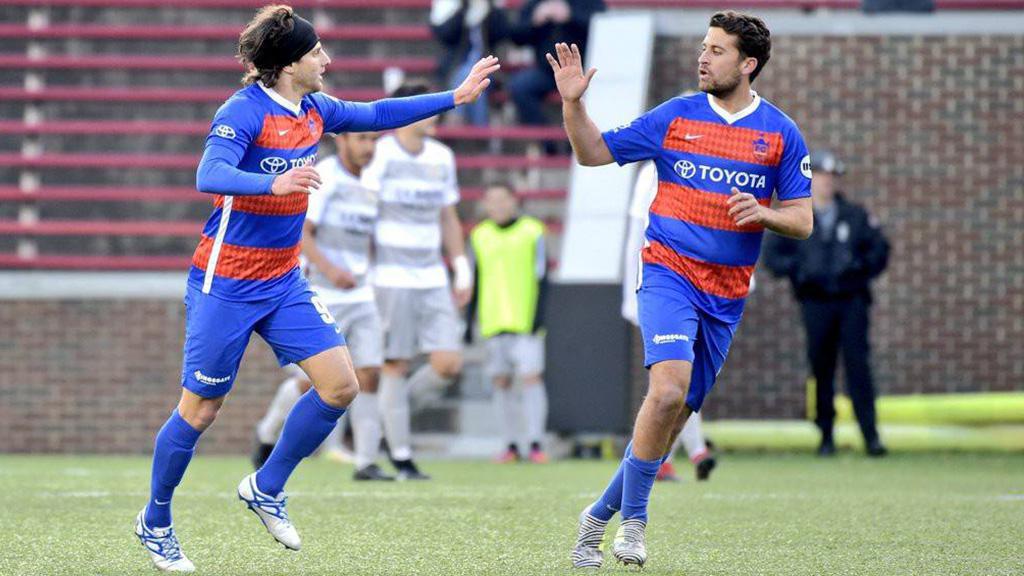 INDIANAPOLIS – Indy Eleven will host the home opener for its inaugural USL season in front of what should be a raucous crowd at Lucas Oil Stadium on Saturday night (7 p.m. ET | Match Center). Such is the demand for tickets to the historic match that the club had to open up the entire lower bowl, with the expectation of a big crowd to welcome the club's new era.

But for FC Cincinnati it’s just another road game. Starting with two matches away from home has been tough, but FCC Head Coach Alan Koch embraces the challenge.

“It is not ideal to start on the road, but you will play away from home during the season so you need to embrace these challenges when they come,” said Koch.

If there is a benefit for Cincinnati in playing at Lucas Oil Stadium, it's that the club and its players are certainly experienced with big crowds, and what's more there's set to be plenty of travelling support making the 110-mile trip to the game. That will make playing in front of such a big crowd not as daunting for the visiting players, something that may shake others.

LOUISVILLE TRIES TO STOP TAMPA BAY: Louisville City FC will be hoping that a week of rest will have helped out as it prepares for one of the most enticing early-season fixtures against the Tampa Bay Rowdies on Saturday afternoon (3 p.m. ET | Match Center). In just the third week of the season, the two teams are first and second in the USLSoccer.com Power Rankings with the winner of Saturday’s match no doubt going to the top.

“When you look at Tampa, the caliber of player that they’ve got –they’ve got two players [Joe Cole and Marcel Schafer] that have competed in the Champions League and were full internationals for big soccer nations in England and in Germany. So, when you look at the caliber of Tampa’s players, they’re definitely different than the majority of USL teams. We will see on Saturday,” said Louisville Head Coach James O’Connor.

The Rowdies have been firing on all cylinders to start the new season, scoring five goals in two matches, with Georgi Hristov and Leo Fernandes leading the way with two goals each. That powerful attack has been hard to stop, and it has been a whole team effort that the goal scorers just happen to benefit from.

"As a striker, it gives me confidence to start scoring early in the season,” said Hristov. “We've played well to start off the season and it's important that I was able to help my team earn two wins in two games. Even though I have scored, it's all about the team performance and helping this team in any way possible." 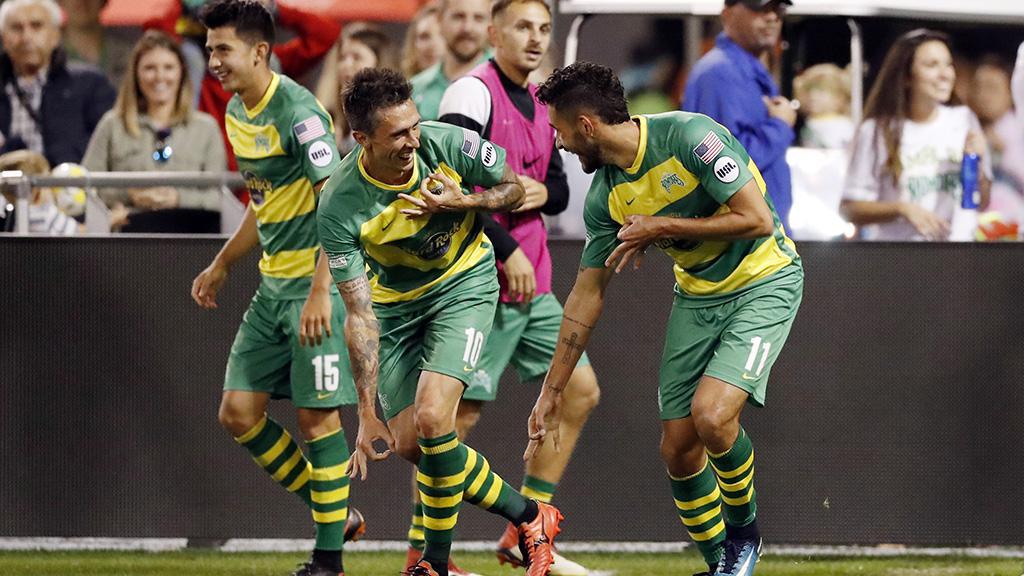 Despite a week off, preparation for Louisville has not been ideal, with weather putting a big barrier to training over the past two weeks. But as the defending USL Cup champion the side has been resolute in its work despite the challenges that Mother Nature has thrown at it.

“For us, the biggest thing now is figuring out training and adjusting from there. We had so much rain and that was our biggest challenge,” said O’Connor. “This week, having had more rain, the workload we’ll be the same but we’ll have to adjust slightly to the conditions again.”

The Rowdies come in with a less disrupted preparation thanks to the beautiful Florida weather, but also thanks to playing last week. Two wins to start the season has seen the Rowdies impress early and they will be looking to continue that on Saturday.

"We have worked very hard in preseason on all fronts and I'm glad that we've gotten two very positive results. We have a solid group of guys, not only in the offensive third but in the entire squad and they're all working hard for one another to get positive results,” said Rowdies Head Coach Stuart Campbell. “It's always good to get off to a good start but we know this is just the beginning and there are many matches left to be played. This Saturday's game is going to be a real test for the players and they're looking forward to it."

PITTSBURGH, PENN UP FOR THE CUP: One of the clubs may have undergone a major transformation ahead of the 2018 edition of the Keystone Derby Cup, but the rivalry remains the same. Pittsburgh Riverhounds SC and Penn FC will face off on Saturday at Highmark Stadium (7 p.m. ET | Match Center) in one of the most hotly contested rivalries in the USL with a trophy and local bragging honors at stake.

The Hounds come into the match following a positive start to the season as the side kept a clean sheet in a scoreless draw against Nashville SC on the road last Saturday. One of the keys to that performance was the 3-4-3 shape Riverhounds SC set up in, which was difficult for Nashville to navigate offensively. That's something that looks likely to continue in the big match this weekend, and beyond.

“In that formation, it is really difficult for the other team to break us down. In every position we have cover,” said Riverhounds SC defender Jordan Dover. “If I’m playing on the outside I can bump up. I know I have coverage from my other center back. All over the field, we have cover, helping each other out.”

Despite a 1-0 loss to the Charleston Battery last week in its opening game of the season, Penn FC is coming in confident after what the side believed was a good performance overall for Head Coach Raoul Voss' new-look side. Thursday's announcement of the addition of Tommy Heinemann to the squad could also add another layer of intrigue to Saturday's game.

There are not many players that have played on both sides of the Keystone Derby Cup but one of those is new Riverhounds SC midfielder Mouhamed Dabo. The Senegalese midfielder started his professional career at Penn FC and played two seasons there before switching across the state this offseason.

“I have many friends there, and they are great people. And now I’m on this side. I’m excited for my first Derby against my old team. I hope we win the game,” said Dabo. “I’m so excited to be here because I know this crowd is a good crowd. I’ve played here in the Derby against them and it was always a good atmosphere. It will be the same on Saturday.”

Voss, meanwhile, was succinct in his thoughts on facing the in-state rivalry so early in his tenure.