Tampa Bay's left side was key to its victory against Bethlehem, how will it match up with Louisville? 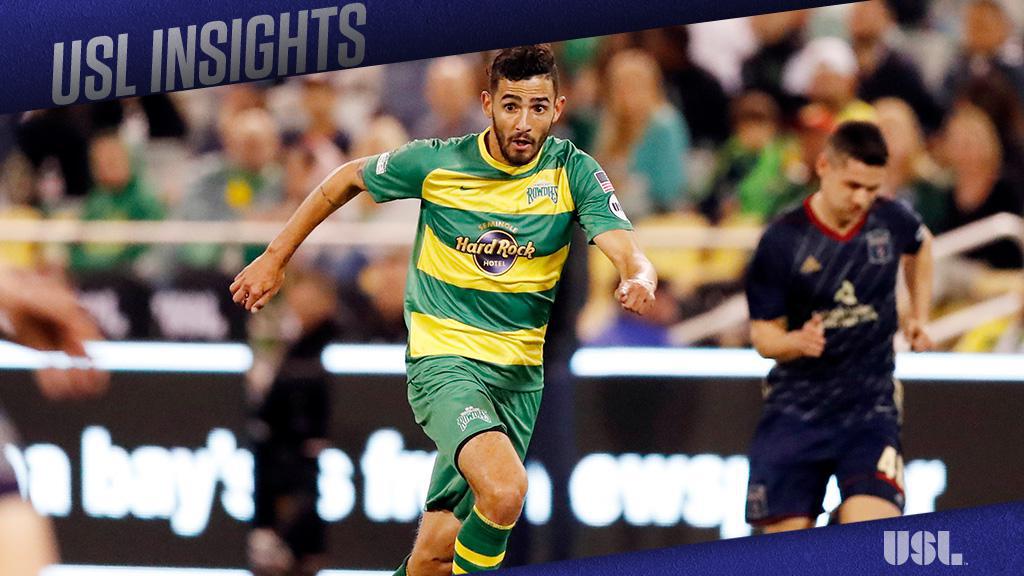 ST. PETERSBURG, Fla. – The Tampa Bay Rowdies put in a strong performance against Bethlehem Steel FC on Saturday night in a 2-0 win that could have seen the side take victory by a wider margin. That dominance was largely due to some impressive play from the players on the left side of the pitch with defender Zac Portillos, and midfielders Marcel Schäfer and Leo Fernandes vital to the victory.

With the Rowdies nominally playing a 4-2-3-1 formation it would be easy to leave Schäfer out of a look at the dominance of the Rowdies’ left but Schafer’s average position in the match firmly had him on the left between Portillos and Fernandes. Having that link between the two left-sided players would prove perhaps the most vital part of the domination of the flank as it added an extra man, giving the Rowdies a consistent 3-on-2 advantage down the wing. 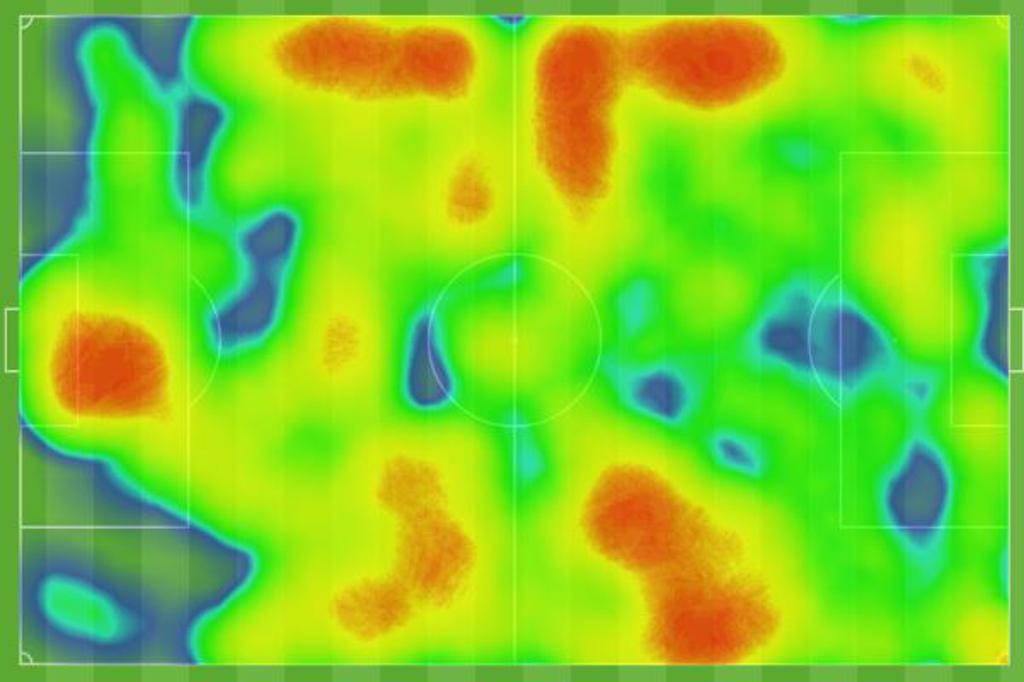 The trio recorded a combined 108 passes, 29.5 percent of the 366 passes by the Rowdies in the match. Those passes came at an accuracy rate of 81.2 percent, slightly above the team passing accuracy of 80.1 percent. Almost all those passes came on the left hand of the pitch, opening up space wide for four key passes from the trio, led by goal-scorer Fernandes.

The impact of the three can be seen when looking at the Rowdies’ heat map for the game, which indicates possession across the field. The deepest red on the pitch occurs along the left wing, matching up with the trio’s strong combinations just inside Bethlehem’s half.

The Rowdies will next face a different defensive shape when they take on Louisville City FC this Saturday in one of the highest-profile games of Week 3. Shaping up in a nominal 3-4-3 creates an interesting shape on the Louisville City FC right side. While only two players sit as wide on the wing as the Rowdies trio, the presence of Kyle Smith as a right-sided holding midfielder could provide a direct matchup with Schäfer, and in turn could force the Rowdies to look for other avenues to find attacking breakthroughs.

Additionally, the pitch at Al Lang Stadium is wide, which suits the Rowdies’ style well, but it is much wider than the pitch they will encounter at Slugger Field on Saturday. That presents Rowdies Head Coach Stuart Campbell with an interesting decision on how to set up his team in what should be a thrilling match on Super Saturday. 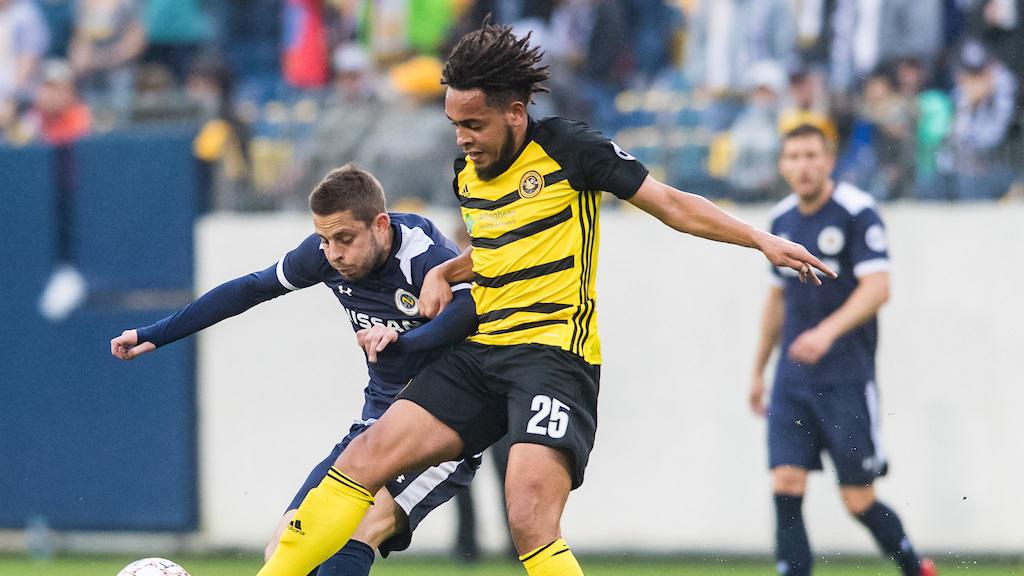 73.5 – The percentage of possession that Fresno FC held in its match against LA Galaxy II on Saturday, a statistic that still didn’t help the Foxes to a win, as they were held to a 1-1 draw. It was a masterful defensive performance from Los Dos, down to 10 men from the 24th minute, who were forced to make 48 clearances to keep the Foxes out until the 75th minute and hold on for what Galaxy II Head Coach Mike Munoz described as “a massive, massive point for us.”

16 – There will be 16 matches played this Saturday, making it the biggest single gameday in USL history. It breaks the previous record of 14 matches which has happened multiple times, most notably this past Saturday.

10 – Phoenix Rising FC's Chris Cortez scored the first hat trick in the USL this season (see more below), following in the footsteps of 10 players who achieved the feat in the 2017 USL regular season. Among those was was 2017 USL Golden Boot winner Dane Kelly, who was the lone player to notch two hat tricks in the season, which came in back-to-back games against Rising FC and Seattle Sounders FC 2.

5-2-3 – The record of Pittsburgh Riverhounds SC in the Keystone Derby Cup, the annual series against Penn FC, since its inception in 2015. The Riverhounds are the current holders of the Keystone Derby Cup, having not conceded a goal in the derby last year. Penn FC’s last win came on July 17, 2016, a 2-1 win at Highmark Stadium, the same venue for Saturday's next chapter in the derby.

3 – The number of goals scored by Chris Cortez for Phoenix Rising FC on Saturday in a 4-1 win over OKC Energy FC. Cortez scored his first goal with his left foot, his second with his right foot, and his third with his head; a perfect hat trick. The hat trick was the first Cortez had scored in his eight-year career, and the the first in Rising FC history, and kept the veteran striker close to Swope Park Rangers’ Kharlton Belmar in the early race for the USL Golden Boot.

0 – The number of goals Phoenix Rising FC has scored against Reno 1868 FC in prior USL meetings between the clubs. While still a young rivalry, Reno has emerged as the stronger side, winning 4-0 on May 6, 2017, thanks to a Dane Kelly hat trick and playing out a scoreless draw in its other match June 30, 2017.