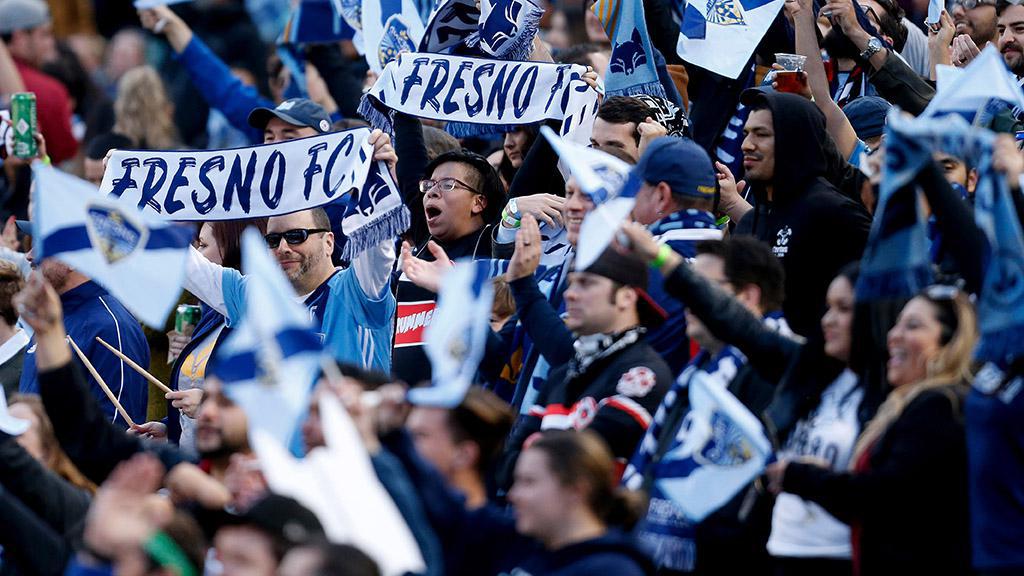 TAMPA, Fla. – The United Soccer League continued to raise the bar in the stands as its 2018 regular season began this weekend, as almost 70,000 fans welcomed the league back in markets old and new across a 14-game schedule of action, an almost 20 percent rise in the league’s previous high – 58,886 fans attended the league’s 13-game slate to start the 2017 season.

“The crowds we have seen across the USL this weekend are another example of the tremendous fans our clubs have in their local markets and those that go the extra mile to support their teams on the road,” said USL President Jake Edwards. “It was a privilege to take in the opening game of Fresno FC’s professional history, when the Foxes hosted Las Vegas Lights FC in a thrilling contest at Chukchansi Park on Saturday night, and the scenes we saw across the rest of the league’s opening weekend were tremendous as we began the journey to the USL Cup in November.”

Edwards was part of a crowd of 7,769 fans at Chukchansi Park in Fresno, California, that saw the debut of expansion clubs Fresno FC and Las Vegas Lights FC in the league. Lights FC made its own piece of history, scoring after only 70 seconds through Las Vegas native Matt Thomas, the fastest goal by a USL expansion club in its modern era and went on to take a 3-2 victory in the third-highest attended USL game of the weekend.

Defending USL Cup champion Louisville City FC also broke a club record as it welcomed 7,993 fans to Slugger Field for its clash with expansion side and new regional rival Nashville SC. Louisville’s highest home-opening attendance in club history saw City notch two second-half goals to take a 2-0 victory against NSC, which is set for a monumental home opener itself next Saturday night with more than 15,000 tickets already sold for its clash with Pittsburgh Riverhounds SC at Nissan Stadium.

Sacramento Republic FC led the league’s weekend attendance, as another sellout crowd of 11,569 fans – one of three sellout crowds over the weekend – saw the hosts take an impressive 2-1 victory against San Antonio FC. On Friday night, Seattle Sounders FC 2 got a warm welcome to their new home at Cheney Stadium in Tacoma, Washington, as a crowd of 6,049 fans saw the side defeat the Portland Timbers 2 2-1, while OKC Energy FC welcomed 6,757 fans to Taft Stadium for the first Black Gold Derby of the season against Tulsa Roughnecks FC.