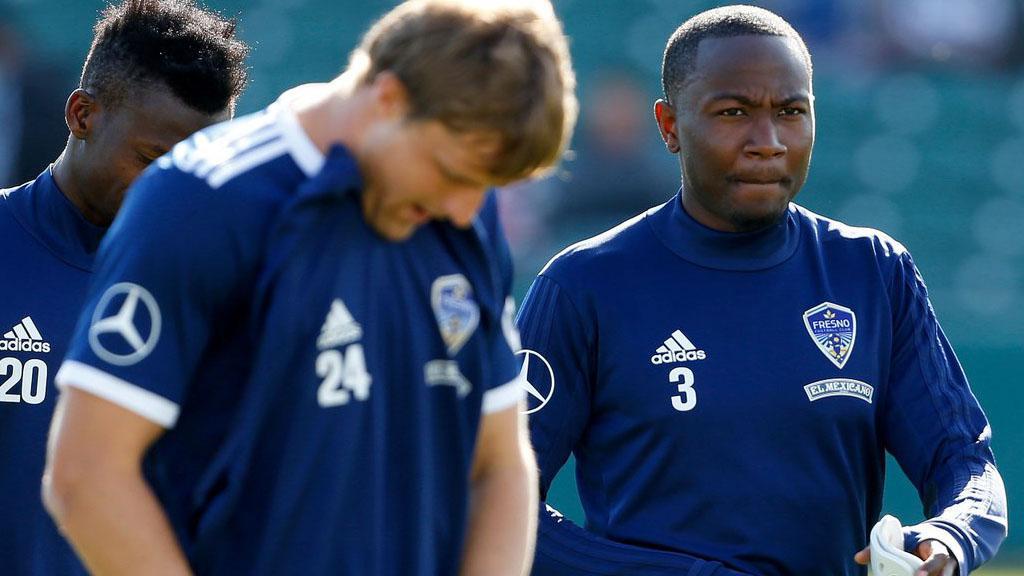 DAVIS, Calif. – Fresno FC rallied to take a 3-2 victory against Real Monarchs SLC on Saturday evening at Aggie Soccer Field on the campus of University of California – Davis as Renato Bustamante and Terran Campbell scored in the final 15 minutes to lift the Foxes past the defending USL Regular Season champions.

The Monarchs twice took the lead and opened the scoring after a good spell of pressure in the first half. Andrew Brody set up the chance as he found space near the edge of the Fresno penalty area and sent a low pass through the area to Josh Heard, who controlled and then fired a left-footed shot past the onrushing goalkeeper and into the side netting.

The Foxes hit back five minutes before halftime when Jemal Johnson headed home a corner kick by Juan Pablo Caffa to leave the game even at the break, but eight minutes into the second half Chandler Hoffman restored the Monarchs’ lead. The veteran forward was in the right place to finish from close range after Mikael Chang’s initial shot had been saved.

Fresno pushed in the final half-hour of the contest and earned the reward with 13 minutes to go when Bustamante found the equalizer with an excellent curling finish that just eluded the efforts of Monarchs goalkeeper Andrew Putna.

Campbell then provided a dramatic finish to the contest in the 89th minute as he drove home a volleyed finish from 12 yards out to give the Foxes the win.

“I was pleased with the result, although there are certainly thing we'll need to work on as we prepare for next Saturday's home opener against Las Vegas Lights FC,” said Fresno Head Coach Adam Smith. “I'm happy that we were able to compete well with a very good Real Monarchs side that enjoyed a lot of success last season and we'll be hoping the result breeds confidence among the boys to get a result next weekend.”