Kanan provides equalizer with 13 minutes to go in preseason finale 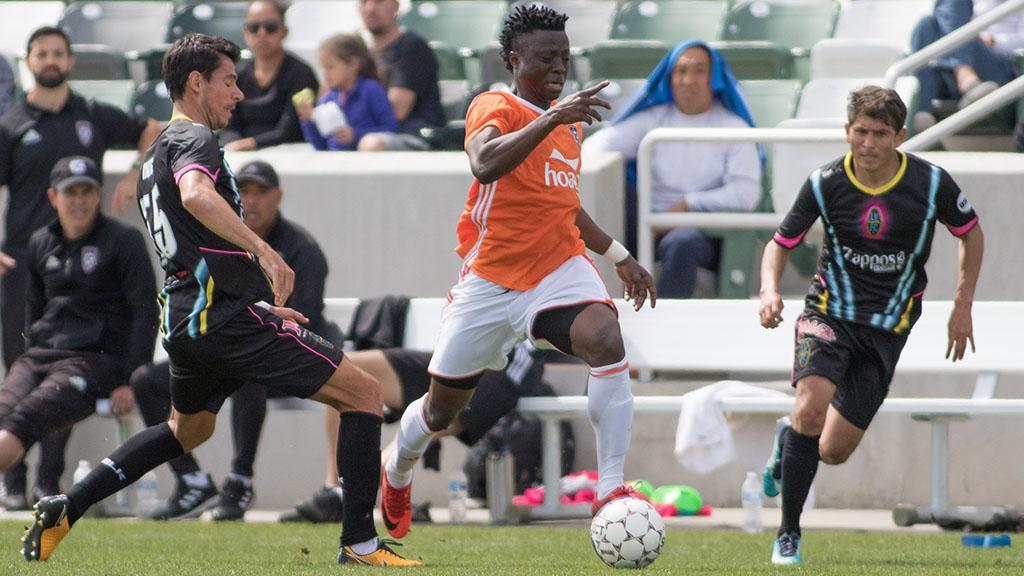 Kanan scored with 13 minutes to go after Orange County had taken the lead in the 17th minute. Despite earning a positive result from its second-half performance, however, Lights FC emphasized the need for greater consistency over a full 90 minutes ahead of its inaugural USL regular-season contest next Saturday night against Fresno FC.

“We have to work on playing like that the whole game, not just the last 25-30 minutes,” said Kanan. “I think it was very important to have this last game against a USL team. Throughout the whole preseason, we played [Major League Soccer] teams and didn’t really know what to expect from a USL team. Now we know, and also know what it’s like to play on the road. I think we’re ready to start the season.”

Both teams had chances in the opening 15 minutes, but a long-range strike by Orange County gave the hosts the lead. The goal came despite a better display by the Lights FC back line led by Joel Huiqui and captain Marcelo Alatorre, illustrating an improved chemistry among the group as the regular season nears.

“It was a good, long shot … When they score a goal like that, there’s not much you can do,” said defender Miguel Angel Garduño. “On defense, we’re working hard. It doesn’t matter who’s playing. Every player on the defense knows what [Lights FC Head Coach] Chelís wants. Everyone has to give the effort. It’s a battle. For us, we have to win every ball, every play, and that’s what we were doing.”

Las Vegas almost leveled just past the half-hour mark as Daigo Kobayashi went just wide, while Carlos Alvarez forced a save six minutes into the second half as the visitors pushed to get on level terms. The improved attacking display in the second half was eventually rewarded when Kanan was on hand to knock home the rebound after an initial header by Garduño had been saved for his first goal of the preseason.

“All of the things that we show or do in a game, we practice them the whole week,” Kanan said. “Always sticking to the play is something we practice, and today, it gave us a [goal].”

Lights FC almost grabbed a late winner, when with two minutes to go midfielder Matt Thomas and forward Sammy Ochoa each had headed opportunities that just went awry. After the defeats to MLS opposition earlier in the preseason, though, Las Vegas headed home with a nice boost of confidence.

“It was a very good scrimmage for us, because this is going to be our league, the kind of [opposition] we’re going to have the whole season,” Garduño said. “We know that we’re ready for the league.”