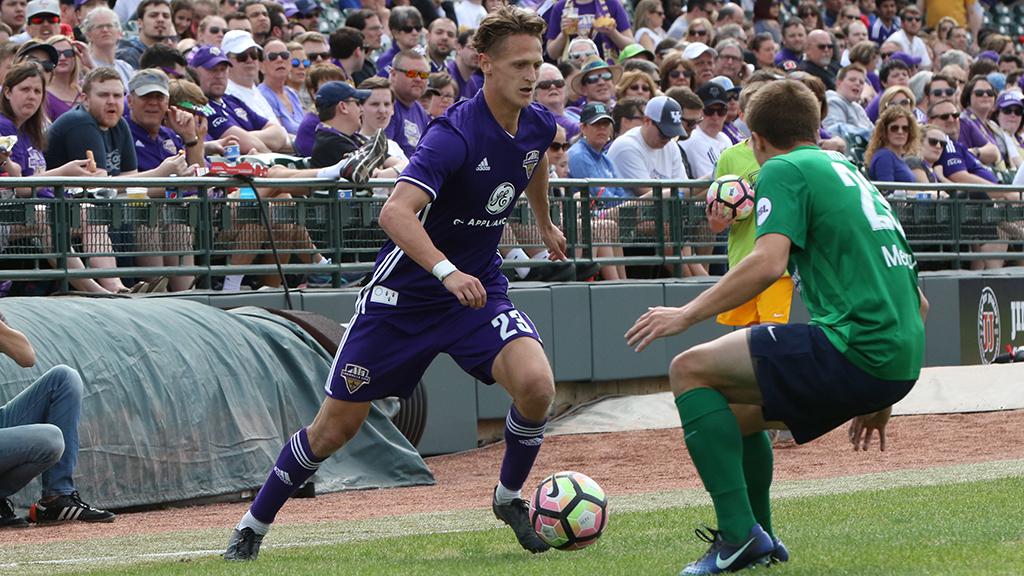 LOUISVILLE, Ky. – One of the biggest rivalries in the USL renews itself on Saturday when Louisville City FC and Saint Louis FC face each other in the final preseason tune up for both teams. With the Kings' Cup not set to be contested in the regular season due to Saint Louis' move to the Western Conference in 2018, there's a sense of anticipation for the final test for both clubs ahead of the start of the regular season next weekend.

Louisville City FC Head Coach James O’Connor has clear goals in mind as he heads into the big match.

“For us, the biggest thing is trying to maintain the level of performance and our level of fitness, but it’s also about trying to manage minutes and stay injury-free,” said O’Connor after Wednesday's victory against Lipscomb University. “The only thing that we want is to get through preseason injury-free having seen some of our principles that we’ve been trying to implement. That’s our final hope.”

The ties between the two clubs extend beyond the rivalry on the field, with O'Connor in particular looking forward to meeting up with a pair of former teammates from his Orlando City SC days when the teams square off. Add in Saint Louis' addition of two former Louisville players this offseason in Kadeem Dacres and Sean Reynolds, and there could be some friendly banter on the field as well as from the opposing sets of fans set to head to Evansville, Indiana's Arad McCutchan Stadium.

“It will be a nice occasion. [Saint Louis FC] has Anthony [Pulis], a really good friend of mine, as well as Sean Reynolds and Kadeem [Dacres] as well as Corey [Hertzog] from my Orlando days so it’ll be nice to see them. But it’ll be a stiff test, they’ll be good this year for sure.”

That sentiment was echoed by Saint Louis FC Head Coach Anthony Pulis. “It’s going to be a good test for us, I know James [O’Connor] very well, he’s an excellent coach and he’s put a good team together there so we expect a good test.”

Thanks to numerous offseason additions that have overhauled the club's roster, Pulis has spent much of this preseason aiming to pull all the pieces together to form a cohesive unit. Pulis hopes getting one final good preseason run-out against a major rival will set the tone for a season that has had high expectations set for it.

“It’s an extremely important game for us, and one we can hopefully learn a lot from moving into the RGV game,” said Pulis. “The important thing for us is that however we set up tactically that we play with a good intensity and energy.” 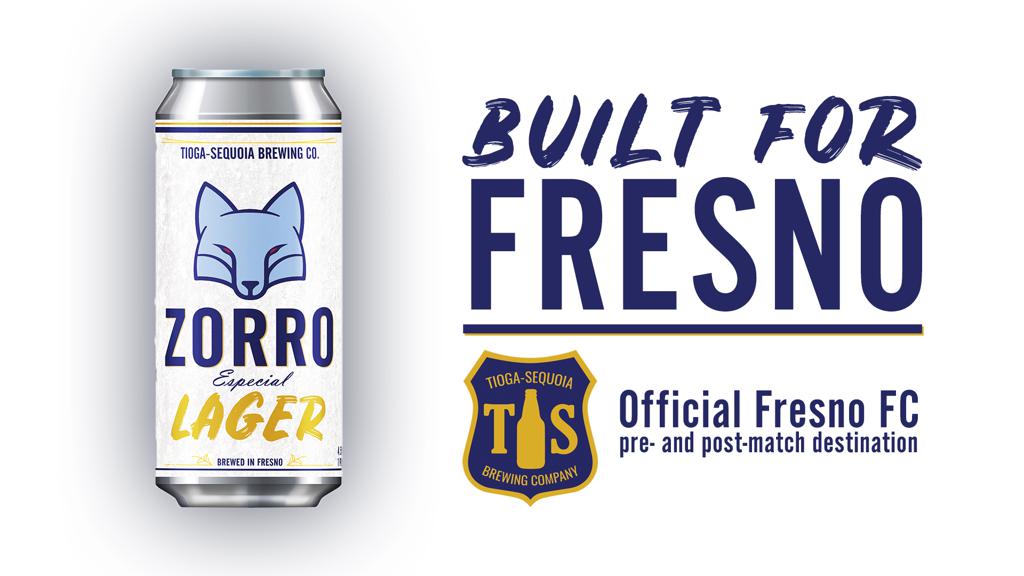 BEER HERE: Beer and soccer go together like peanut butter and jelly, and two teams made their fans very happy this week as they announced beer partnerships, and exclusive beers for the new season.

“We’re delighted to bring Tioga-Sequoia Brewing Co. on board as an official partner of Fresno Football Club. They’ve been long-time supporters of downtown Fresno and local soccer, and we believe the venue will brew a perfect atmosphere for our fans, both before and after Zorros’ home matches” said Fresno FC General Manager Frank Yallop.

There was also beer news for the Tampa Bay Rowdies, who extended their partnership with Big Storm Brewing Company. Big Storm brews a unique pilsner for the club called “Kick in the Grass”, and the continuation of the partnership has also brought added availability of the beer locally away from game day.

In addition to being available on draft at Al Lang Stadium as before, Kick in the Grass will also be sold in 16 oz. cans at the stadium and in four-packs at select Tampa Bay retailers.

“Few things are more authentically St. Petersburg than taking in a Rowdies game at Al Lang Stadium. We’re proud to continue sharing in that excitement and being part of a fan experience like no other,” said Big Storm co-owner L.J. Govoni.  “Our special brew celebrates everything that’s awesome about the team and the community it represents.”

BIG BODY, BIGGER SKILLS: FC Cincinnati newcomer Forrest Lasso has had a diverse life in soccer having started his playing career as a midfielder when he first took to the game as a youngster. Now standing 6-foot-5, the 2017 USL All-League First Team selection credits that experience when he was young for the technical aspects he brings to the game after moving into the back line as his growth accelerated throughout his teenage years.

"Growing up small I always played outside-left mid, so I played in the attacking half, and as I got bigger I started going to left back and then center back," Lasso said in an interview with WCPO. "I would like to think I'm a lot more comfortable on the ball than a lot of guys my size, and I credit that to being the small guy playing midfield growing up."

With that experience in midfield, Lasso has a better eye for attacking chances than most defenders, especially those that play in the center of defense like Lasso. That led to one moment last season that put him in hot water with the fans of his new club. One of the more prolific scorers from set pieces a season ago, one of Lasso's six goals last season came at Nippert Stadium for the Charleston Battery, whereupon he promptly put his finger to his lips to silence the crowd.

"After I signed I caught some heat from fans about being a nemesis," said Lasso. "As a defender when you score, or really any position, it's important to have fun because it doesn't happen often, but when I scored here I caught a few choice words from fans. It made me laugh, it made me smile, but I look forward to having them on my side this year."

With that in mind Lasso has seen an importance in interacting with the fans quickly getting them on his side.

“I feel like I'm extremely blessed to do what I love every day. So whether it's a simple tweet or something on Instagram or whatever it may be, the small things can go a long way,” he said. “One of the glories about athletics, especially modern-day football, is we can engage with the fans very quickly and they love it.”

Lasso will be exploring his transition to FC Cincinnati as part of From the Pitch on March 12th.