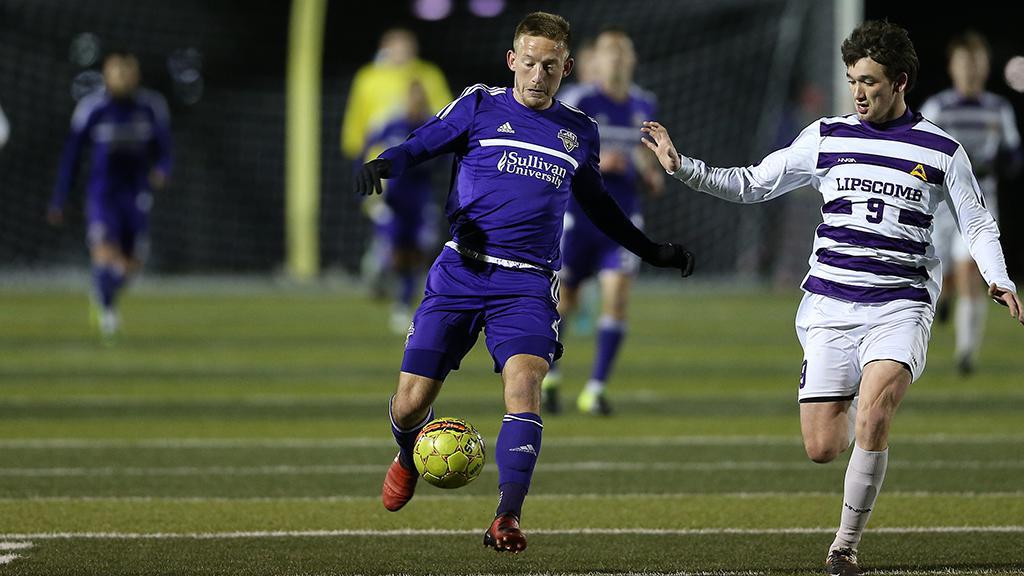 ELIZABETHTOWN, Ky. – A pair of first-half goals by Magnus Rasmussen led Louisville City FC to a 3-0 victory against Lipscomb University on Wednesday night in a preseason exhibition at Elizabethtown Sports Park.

Rasmussen’s helped Louisville’s attack threaten from the opening kickoff, but it wasn’t until the 17th minute that the defending USL Cup champion took the lead. Linking up with Cameron Lancaster in the attacking third, Ramussen curled a finish home to continue his strong form since rejoining Louisville this offseason.

Oscar Jimenez went close soon after as he flashed a shot over the crossbar, but while Rasmussen was denied a second in the 35th minute as his finish was ruled out by the offside flag, the Danish attacking midfielder struck four minutes before halftime as he put home a chance created by George Davis IV.

Davis had already played an influential role in the first half, and early in the second half added a goal to his earlier assist. The former USL All-League selection found an angle to fire a shot on frame that found the net after taking a deflection that gave the Bison goalkeeper no chance to react.

“We’re pleased with the level of performance,” said Louisville Head Coach James O’Connor. “I thought the attitude was very good tonight. There was a good mentality to our performance as well. We can be pleased. There were some lovely passages of play – still a couple of things that we can be sharper on – but overall a pleasing performance.”

FC CINCINNATI 1, UNIVERSITY OF CINCINNATI 0: Russell Cicerone scored the only goal late in the first half as FC Cincinnati defeated the University of Cincinnati in its penultimate game of the preseason at Gettler Stadium.

Despite controlling possession for a majority of the first half, FCC didn’t break the deadlock until the 42nd minute when Daniel Haber found space on the left to deliver a cross into the penalty area that Cicerone headed home. The former Portland Timbers 2 forward nearly played provider moments later, too, as he found Tomi Ameobi for another header just before the halftime break, but the English forward’s finish went high.

FCC kept the Bearcats on their heels in the second half as the hosts forced only one save from goalkeeper Evan Newton as UC midfielder Mason Volker tried a shot off a deflection from just outside the top of the penalty area. The Bearcats threatened again with 13 minutes to go through Darryn Commissiong, but FCC defender Forrest Lasso cleared off the line to keep his side ahead on its way to victory.

Take a at some highlights and in at what Assistant Coach @YoannDmt had to say following tonight's 1-0 win against @GoBearcatsMSOC #JoinTheMarchpic.twitter.com/t8k267yk0Z

The teams battled back and forth in the opening half-hour as the Switchbacks had the majority of the quality chances, and in the 28th minute the hosts took the lead through Hunter. After a run of successive corner kicks, Hunter put a bouncing ball into the net to give the hosts a halftime lead.

Harpo's had an opportunity to equalize with 20 minutes to go, but its effort from a free kick just outside the penalty area went just wide of the post. The Switchbacks then wrapped up victory with two goals in the final 15 minutes, with Malcolm scoring the first in the 77th minute after a nice individual effort saw him beat the goalkeeper to the left corner. Schweitzer's tally came seven minutes later as the Canadian international fired high past the goalkeeper to put an exclamation point on the win.

“It was a decent exercise for us,” said Switchbacks Head Coach Steve Trittschuh. “Harpo's always gives us a great match. I'm happy we were able to come away with no injuries, and we shut them out which is something we've been focusing a lot on lately. Overall it was a positive game for us.”