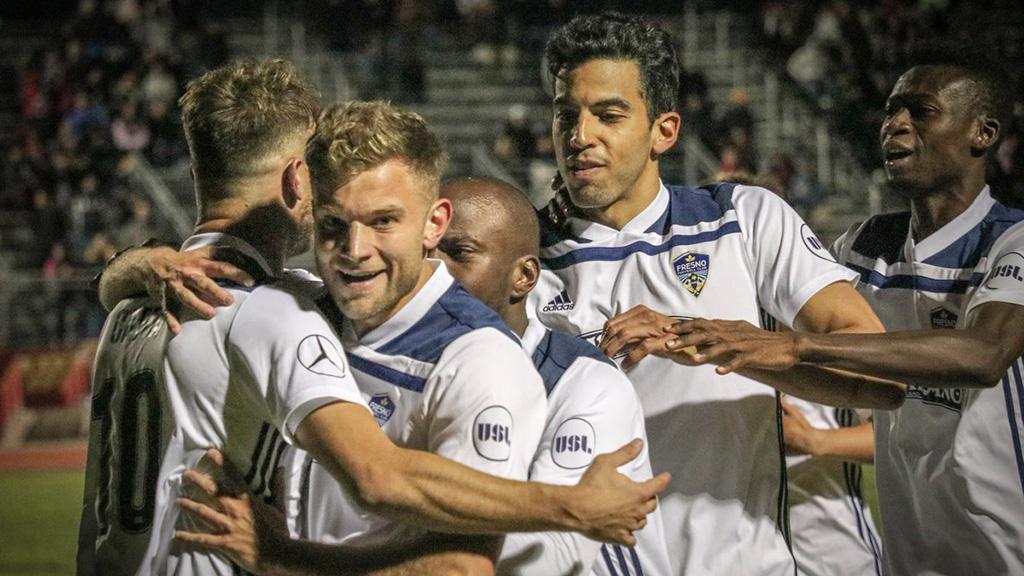 TURLOCK, Calif. – Juan Pablo Caffa scored a second-half equalizer as Fresno FC and Sacramento Republic FC played to a 1-1 draw in a preseason exhibition on Sunday night at Warriors Stadium on the campus of Stanislaus State University. Cameron Iwasa had given Sacramento the lead in the first half in the first meeting between the two USL Western Conference clubs.

Republic FC almost took the lead inside the opening 15 minutes as Iwasa set up a chance for Villyan Bijev only for Fresno goalkeeper Sean Melvin to save. Fresno also threatened through former Republic FC player Danny Barrera, who first sent a header just wide of the post in the 29th minute before firing a long-range effort just wide four minutes later.

Iwasa gave the visitors the lead nine minutes before halftime, however, as he broke onto a through-ball by Bijev and lifted his finish past the advancing Melvin. The duo both went close to doubling Sacramento’s lead before the halftime break, too, with Iwasa being denied by Melvin on another one-on-one chance before Bijev headed over from the ensuing corner kick.

Fresno got back into the game in the second half, and almost found its equalizer in the 48th minute when Jemal Johnson's shot went just wide of goal. Caffa found the net in the 65th minute, though, as he headed home after a run down the left and cross by Alex Cooper found the Argentinean for the finish.

Republic FC twice thought it has regained the lead, only to be denied by the offside flag on both occasions, with the first coming shortly after the Foxes had drawn level when Keven Aleman put home a finish from Jaime Villarreal’s through-ball. Mitchell Taintor also found the net for the visitors, only for then flag to be raised as he put home a free kick by Villarreal in the final minute.