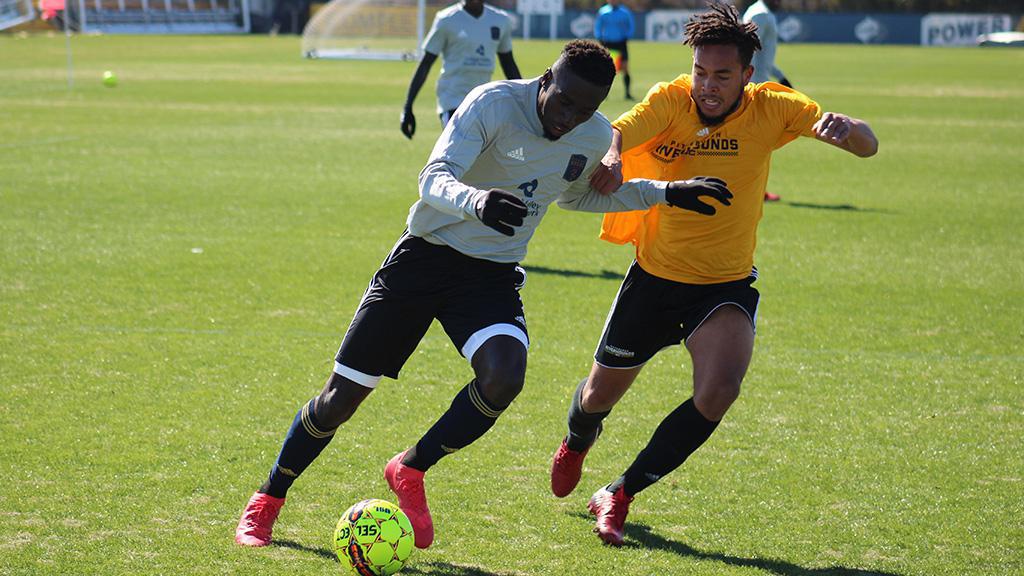 Riverhounds SC took the lead in the fifth minute as Kerr scored his third goal of the preseason. The veteran midfielder worked some space at the edge of the penalty area before placing a shot past Steel FC goalkeeper Jake McGuire. The goal tied Kerr with Neco Brett for the Hounds’ preseason scoring lead.

Pittsburgh almost doubled its lead in the 25th minute, but McGuire made a good save on a shot from inside the penalty area, but Riverhounds SC continued its strong defensive performances throughout the preseason as Steel FC got few clear looks on goal. Dover added an insurance goal in the 90th minute for the visitors as he got in behind the Steel FC defense and finished.

STLFC had seen Corey Hertzog notch a four-goal game in the first scrimmage between the teams on Saturday, and on Sunday it was Calistri’s turn to shine. The former Chicago Fire Homegrown signing scored twice in the first half as Saint Louis pulled away from its visitors after an own goal and a strike from Christian Volesky had given the hosts a 2-0 lead inside the opening 20 minutes.

Calistri – who last season featured prominently as Tulsa Roughnecks FC reached the USL Cup Playoffs for the first time in club history – completed his hat trick on the hour-mark as a quickly taken free kick from 25 yards found the back of the net.