Indy pulls away from Notre Dame in scrimmage; STLFC romps to win 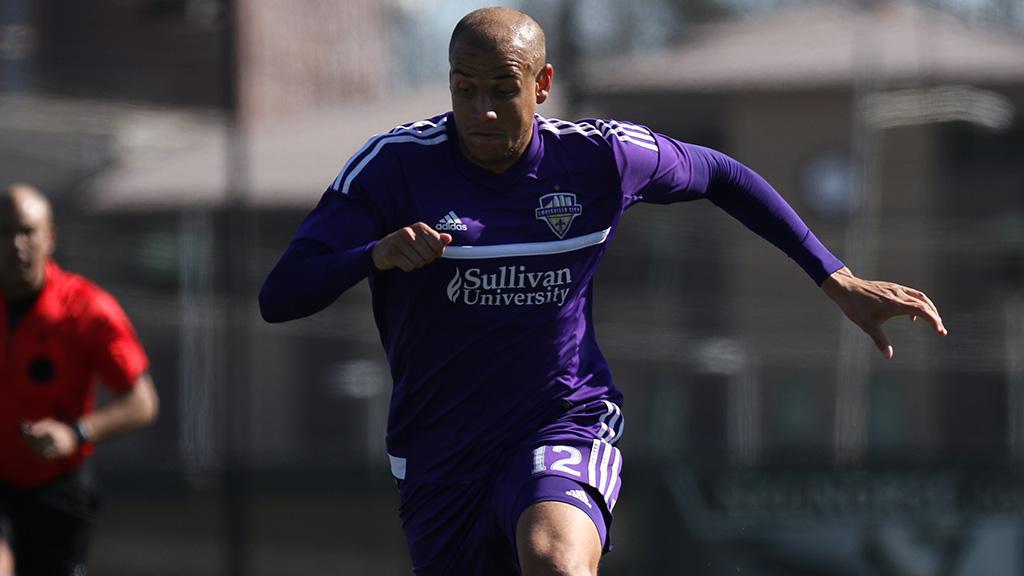 NEWPORT, Ky. – Luke Spencer scored a pair of goals as Louisville City FC put in a solid first-half display to defeat Northern Kentucky University on Saturday afternoon at the NKU Soccer Stadium in a preseason exhibition for the defending USL Cup champion.

Louisville struck early as Kyle Smith opened the scoring in the sixth minute as he bundled a finish over the line from close range after a corner kick by Oscar Jimenez wasn’t cleared by the Norse defense. Spencer then struck twice, notching his first in the 15th minute when he powered home a finish from close range. Louisville’s leading scorer a season ago scored his second in similar fashion nine minutes later as City took a comfortable lead to the break.

The visitors continued to maintain the upper hand for most of the second half, but it wasn’t until two minutes to go that they added to their lead as Niall McCabe found the net after a quickly-taken set piece.

“Today was a challenge but we're trying to adjust,” said Smith. “We always have stuff to work on. We got tired and got a bit sloppy with our passes at the end there, so we need to clean that up. Even when we're tired, we have to stay focused and composed on the ball.”

INDY ELEVEN 3, NOTRE DAME 1: Jack McInerney again found the net as Indy Eleven pulled away in the second half to take victory against the Fighting Irish on the campus of Butler University.

Both teams threatened in the early going, but Indy took the lead on an own goal in the seventh minute when pressure forced a mistake by Notre Dame defender Felicien Dumas as he missed his intended target with a back-pass and instead found his own net.

Indy went close to adding a second inside the final 15 minutes of the first half as Zach Steinberger’s shot flashed over the crossbar from 20 yards, but Notre Dame got back on level terms six minutes before the halftime break when a good piece of skill in the penalty area set up the equalizer.

Despite the setback, Indy regained the lead on the hour-mark as one of the club’s trialists scrambled the ball home after Notre Dame was unable to clear its lines inside its own penalty area. McInerney then iced the game with a minute to go from the penalty spot after the Fighting Irish were whistled for a handball in their own area.

The Monarchs pressed strongly throughout the contest, and almost took the lead in the 40th minute when Sebastian Velasquez struck the crossbar with a long-range blast. The breakthrough arrived early in the third period, however, as Rhys Williams sent a cross into the penalty area that was headed home by Mare. Ten minutes later, Lopez-Espin’s pressure paid dividends as he closed down a clearance from the Hornets goalkeeper, who fired an attempted clearance into the onrushing Monarchs forward only to see the ball carom into the net.

Lennon then struck twice in the final 30 minutes, linking up each time with Pablo Ruiz to create a pair of breakaway chances that the former U.S. U20 international finished comfortably.

It took time for Saint Louis to open the scoring, with Hertzog’s first coming in the 31st minute. Kyle Greig added a second for the hosts just before halftime, but as the second half began the floodgates opened for the USL side. Hertzog scored three consecutive goals, including two in four minutes just past the hour-mark, to put Saint Louis up five goals before trialist Elliot Goodwin, Sam Fink and Austin Martz all scored in the final 10 minutes to add to the victory.