After taking step into spotlight in Reno, ready for Nashville’s inaugural season 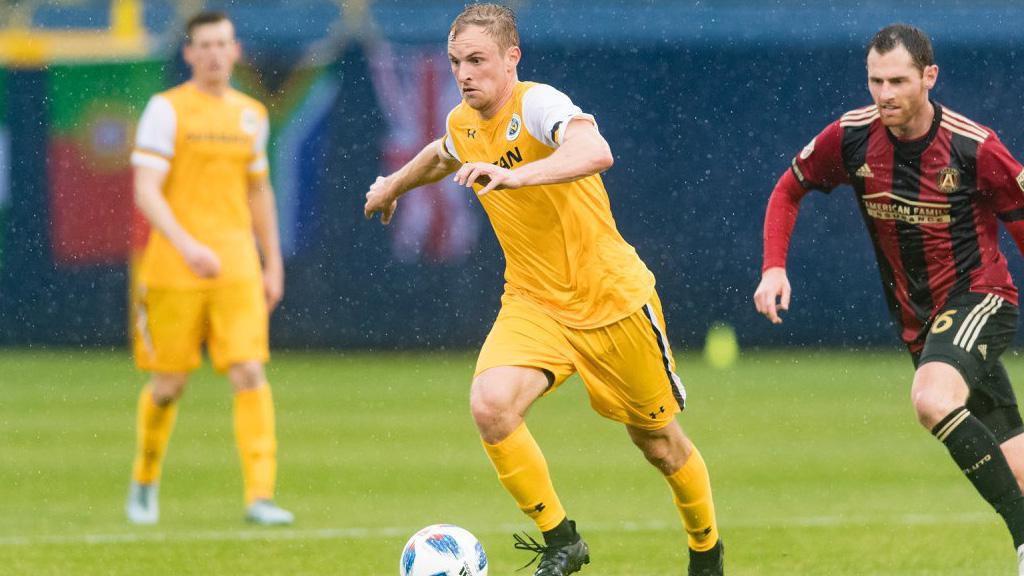 BRADENTON, Fla. – A year ago, Matt LaGrassa was in the middle of preparations with a USL expansion club, aiming to build chemistry as a freshly brought-together group of players aimed to coalesce under a first-time Head Coach at Reno 1868 FC.

Twelve months later, the 25-year-old midfielder is experiencing a certain amount of history repeating as Nashville SC prepares for its first season in the professional ranks.

As similar as the situations feel, however, there are some differences. Notably, Nashville Head Coach Gary Smith has an MLS Cup to his name and has numerous players that he’s worked with before in the NSC camp. LaGrassa believes the overall mix the club has in its inaugural squad has helped quickly establish the sort of club Nashville wants to be.

“I think Gary and [Technical Director] Mike [Jacobs] did an excellent job not just selecting good soccer players, but good people,” said LaGrassa. “I think we’ve got some older guys, some younger guys, but lots of good character within the locker room, and that’s the best thing you can ask for because then you can hold each other accountable when you’re with each other and create a culture that’s hopefully a winning culture. I think that’s what we’re on our way to creating here.”

After his experience in Reno, which finished third in the Western Conference in its inaugural season, LaGrassa is aiming to also continue his rise in prominence in the USL’s ranks. A consistent starter throughout the year for 1868 FC, LaGrassa drew praise regularly throughout the season for his role in helping Reno’s ascent as he helped provide stability behind the club’s outstanding attack. 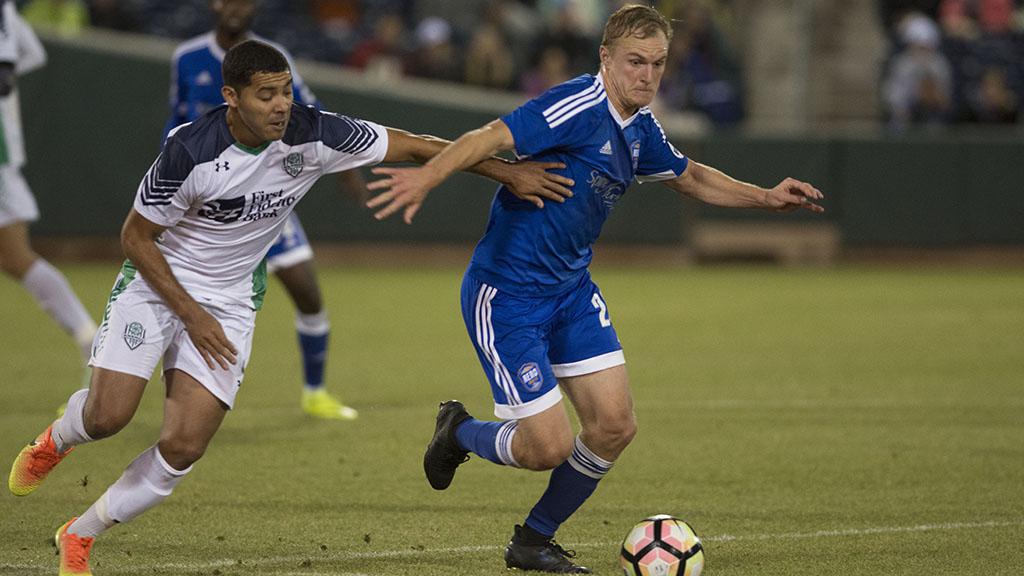 “It’s probably the biggest role I’ve played within a squad, and for me as a soccer player I really enjoyed that,” he said. “It always feels good to be recognized, obviously. People really took note of my style of play and what I was capable of in Reno. I was appreciative of that, but at the end of the day I’m just helping to do my part for the team. We all have different roles, and if I do mine and someone else does there, we can turn that into some wins.”

After playing fewer than 1,000 minutes for Sacramento Republic FC and on loan with Tulsa Roughnecks FC in his rookie season in 2016, LaGrassa finished second only to center back Jimmy Ockford in minutes for Reno, while also leading regulars on the team in passes per 90 minutes while posting a completion rate of more than 85 percent.

That level of responsibility to the team’s success was big for LaGrassa, who credits the experience with his game reaching a higher level.

“I was able to take a bit more of a leadership role,” he said. “Being in the center of the field and having a lot of the play go through me, it really allowed me to grow as a player, through mistakes, through trying to figure out different teams tactically, that sort of thing. It was a big jump for me, going from maybe being a role player to more of a leader of the team.” 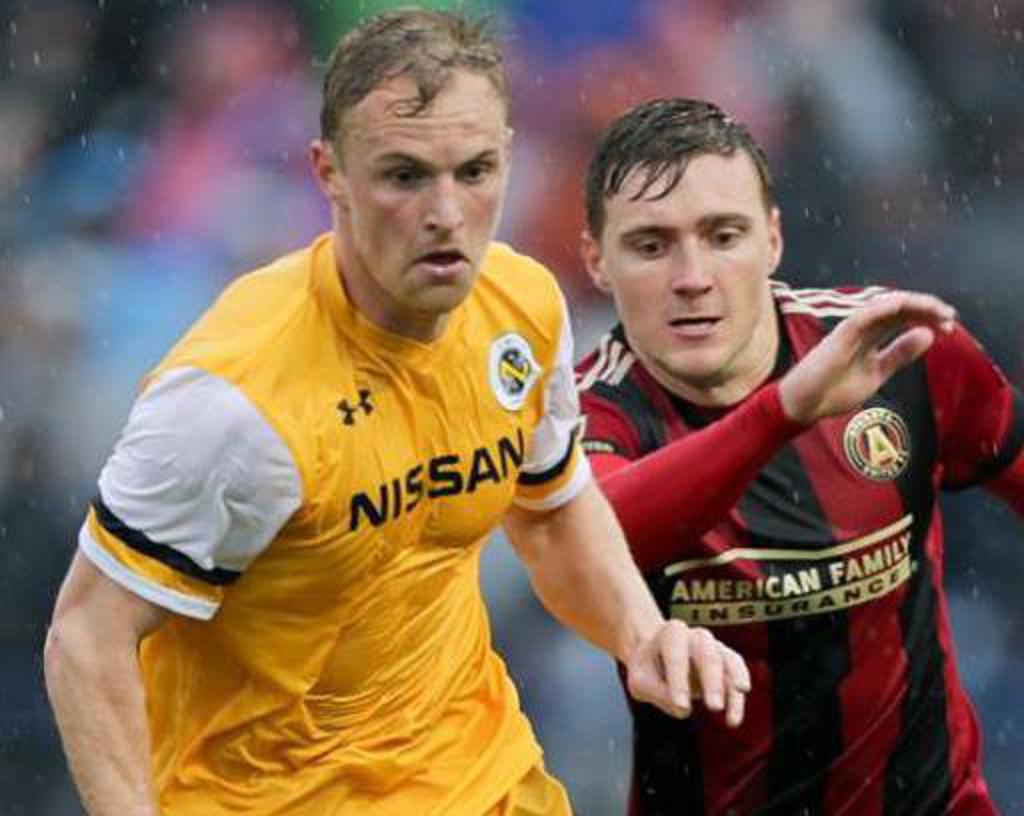 LaGrassa’s focus now is continuing to raise the bar in his new surroundings. With Nashville set to join Major League Soccer in the coming years, the California native knows the way to remain with the club when that moment arrives is to continue his acceleration as a player.

“That’s the next challenge,” said LaGrassa. “We’ve got some experienced players, some guys who’ve been in MLS, can I continue to be a key guy in the team, a leader in the team moving forward, because that’s the only way I’m going to be considered moving forward.”

Given what he’s seen of Nashville so far aside from the weather, it’s a city that LaGrassa is hoping he’ll get the chance to call home for a while.

“It’s a wonderful city,” he said. “There’s so much going on, so much music and culture, you can feel the energy when you enter the city. I think people are going to feel that when they come to play us.”

And after the success he and 1868 FC found last season, the goals in Nashville are set just as high as the team looks forward to kicking off the season two weekends from now against defending USL Cup holder Louisville City FC.

“I think the team wants to perform at a high level,” said LaGrassa. “I think the Eastern Conference is going to be very competitive, but I think we’d love to have a home playoff game at the end of the year. If we can come together as a group and achieve the things Gary is trying to help us achieve, putting check marks in all the small boxes will hopefully lead to a check mark in the big one at the end.”