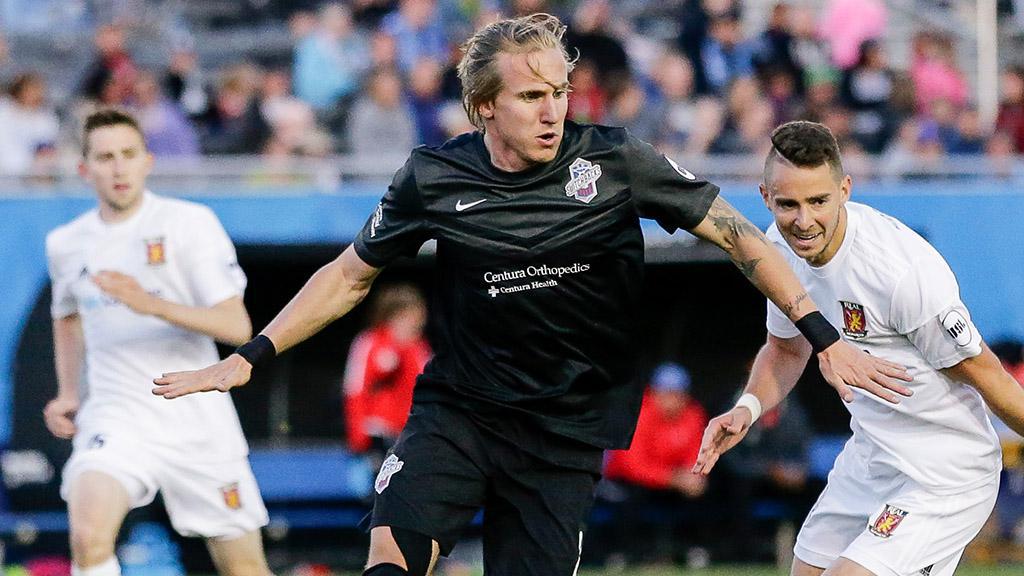 Phillips was a fixture for the Switchbacks over the club’s first three seasons in the league, as he made 75 appearances while helping Colorado Springs reach the USL Cup Playoffs in both 2015 and 2016. The 26-year-old made 31 appearances for the Switchbacks a season ago, recording 79 interceptions and winning more than 60 percent of both regular and aerial duels for the side.

Smith made 12 appearances, including nine starts, for the Galaxy a season ago, while also making nine appearances on loan with the LA Galaxy II in the USL. A former U.S. U17 international, Smith initially signed with Los Dos ahead of the 2016 USL season after competing for three seasons at UCLA before signing as a Homegrown Player prior to the 2017 MLS season.

Jambga played the past four seasons at Southern Illinois University-Edwardsville (2013-17), where he played in 73 matches (44 starts) and registered 15 goals and six assists. The St. Louis, Mo., native was a 2017 first-team All-Mid-American Conference selection and helped SIUE to the Sweet 16 of the 2016 NCAA Tournament, and featured prominently last summer for the Premier Development League’s Des Moines Menace, where he scored five goals in 15 games to help Des Moines reach the PDL Playoffs.

Enriquez played the past two seasons at Cal Poly State University (2016-17), where he made 33 appearances and tallied one goal and two assists. The 19-year-old was named the 2016 Big West Conference Freshman of the Year and has trained with the U.S. U19 Men’s National Team.

Mangels joins T2 after playing the 2017 season for the San Francisco Deltas, where he served as a back-up to starter Romuld Peiser. In 2016, Mangels made 17 appearances for Tulsa Roughnecks FC, and led the USL in save percentage (.782).