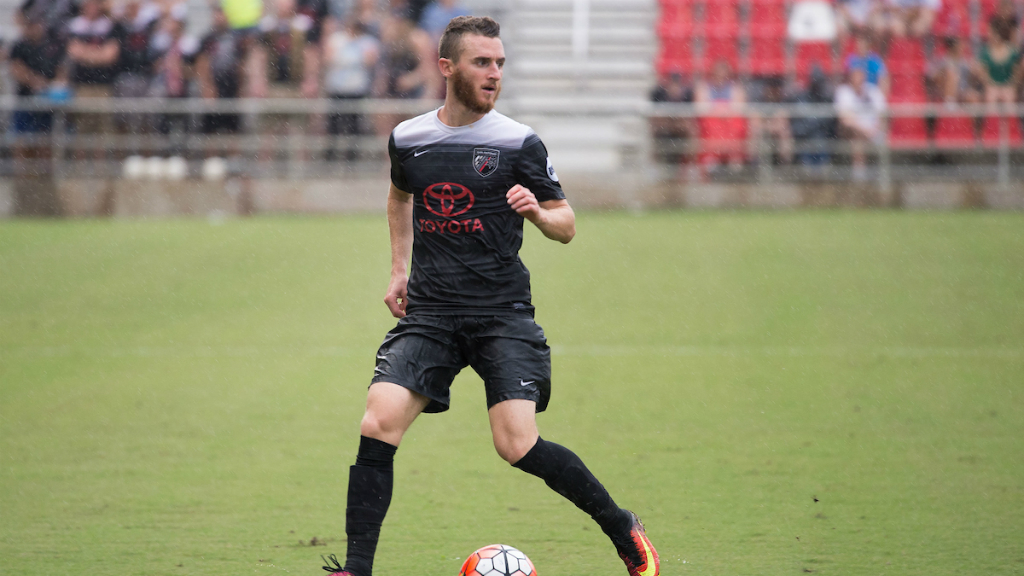 Gunderson started his professional career with the Energy FC organization in 2014.  As a member of the inaugural team, he played in 14 matches, 618 minutes and added one assist.  Each of the last two seasons, he played with Energy FC’s U23 squad.  He joins Devante Dubose as the only players to move from the U23 team and sign a contract with the first team.

Having played with PDL clubs in Laredo, Texas and Austin, Texas as well as USL sides Austin Aztex and San Antonio FC,  Gunderson brings 48 games of professional experience as well as 58 games of experience in the PDL.

Spangenberg returns to Richmond after making two appearances with the Kickers on loan from New England in 2015 as part of a 1-0 win in Montreal in April and a 2-2 draw with Charleston in May of that year. Spangenberg has spent the last two seasons with Puerto Rico FC, posting a 1.24 goals-against average in a combined 33 starts and 10 shutouts.

JORDAN ADDS TO CHARLOTTE MIDFIELD: The Charlotte Independence announced the club has added to its midfield with Greg Jordan joining the team after spending 2017 with the San Francisco Deltas.

“Greg is that central midfielder that does a lot of that dirty work,” said Independence Head Coach Mike Jeffries. “He wins balls, gets around plays, keeps things organized, and is a good passer. He keeps the ball moving and finds the right weight on the ball when passing.”

Jordan should fit in well with the style employed by Jefferies having completed 80 percent of his passes in the 2017 season.

Formerly of the New York Cosmos, Barone joins after making one appearance for the Cosmos in his first professional season. The midfielder played collegiately at St. Francis Brooklyn, helping them win the Northeast Conference Men’s Soccer Championship in 2014, 2015 and 2016. Additionally, Barone earned All-Northeast Conference First Team honors (2016), was named NEC Tournament MVP (2016), and played in the NCAA Men’s Soccer College Cup in 2014 and 2016.

Midfielder Jaime played in 2017 with the Ocean City Nor’easters of the PDL, scoring eight goals and recording two assists. In his four seasons at Florida Gulf Coast University, Jaime was a crucial piece in the Eagles’ midfield as he started in 54 of 67 total appearances, ending his collegiate career with five goals and nine assists. Jaime and his teammates won two Atlantic Sun Conference Championships while also making two NCAA Tournaments. Jaime is the second Colorado Rush Soccer academy player to sign with Penn FC after Jacob Lissek signed with the team on Feb. 15, 2018.

Hawkins also joins from the New York Cosmos, and has previously played in the PDL with the Long Island Rough Riders and Ventura County Fusion. The defender played collegiately at Hofstra University in New York. Hawkins captained the Pride during his senior year and earned Colonial Athletic Association Defender of the year honors.