Roughnecks pull away late against Oral Roberts in scrimmage 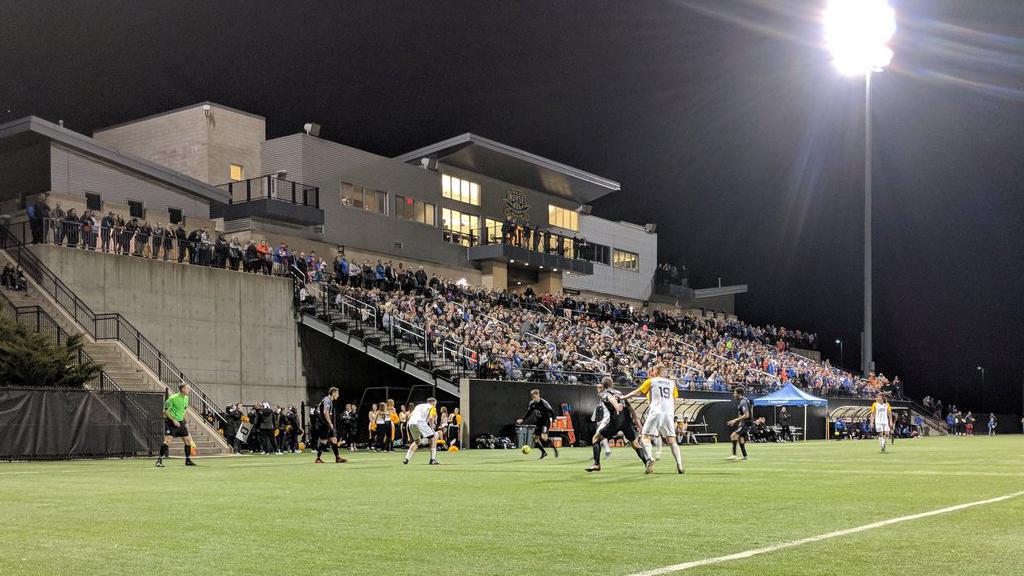 NEWPORT, Ky. – FC Cincinnati continued its undefeated run in the preseason with a 3-0 victory against Northern Kentucky University on Tuesday night as newcomer Tomi Ameobi scored in his first appearance for the club and Daniel Haber recorded a pair of assists in front of a packed NKU Soccer Complex.

Haber and Ameobi connected in the 12th minute to give Cincinnati the lead, with the former Real Monarchs SLC winger finding space on the left to send in a back-post cross that Ameobi headed home for his first goal in FCC colors.

Cincinnati doubled its advantage 10 minutes before halftime with Haber again playing provider as his corner kick found Dekel Keinan in the penalty area for a headed finish.

FCC brought on a second lineup for the final half-hour of the exhibition, and with 17 minutes to go that group provided a third goal on the night from another set piece. Kenney Walker’s corner kick found Forrest Lasso, and the former Charleston Battery standout found the back of the net with his header.

Cincinnati is now 3-0-1 this preseason ahead of a visit from Nashville SC this Saturday, but with Tuesday’s scrimmage the first locally for the club FCC’s players were appreciative of the support they saw make the short trip for the game.

“The last few weeks of preseason we've played in front of no one,” said Haber, “so it was great to finally play in front of our supporters.”

TULSA ROUGHNECKS FC 3, ORAL ROBERTS UNIVERSITY 1: Riggs Lennon scored twice in the second half as Tulsa Roughnecks FC pulled away for victory against the Golden Eagles at Milton Stadium.

Oral Roberts initially took the lead on a defensive miscue in the 23rd minute, but the Roughnecks got back on level terms five minutes later as a long-range effort by Enrique Montano found the back of the net to leave the game even at halftime.

Lennon then made a big impact after coming on as a second-half substitute. The former Real Monarchs SLC player scored on the hour-mark, slipping his finish underneath the ORU goalkeeper to give Tulsa the lead, and then struck again moments later to double the advantage.

In what’s been a trying week for the Roughnecks due to adverse weather conditions locally, Head Coach David Vaudreuil was pleased with what he saw, and appreciative of ORU’s effort to facilitate the contest.

“It’s been a real tough week with the weather and the cancellation of last Saturday’s match,” he said. “Even though we were missing a couple of guys, it was really the first time that we could see how we look tactically on the field. It was the first time we could play together on a big field and start to build relationships.

“We are really thankful to ORU for working with the bad weather and finding a new venue at the last minute. We got guys 65 minutes, and it was a workout we really needed after a week of rainouts.”