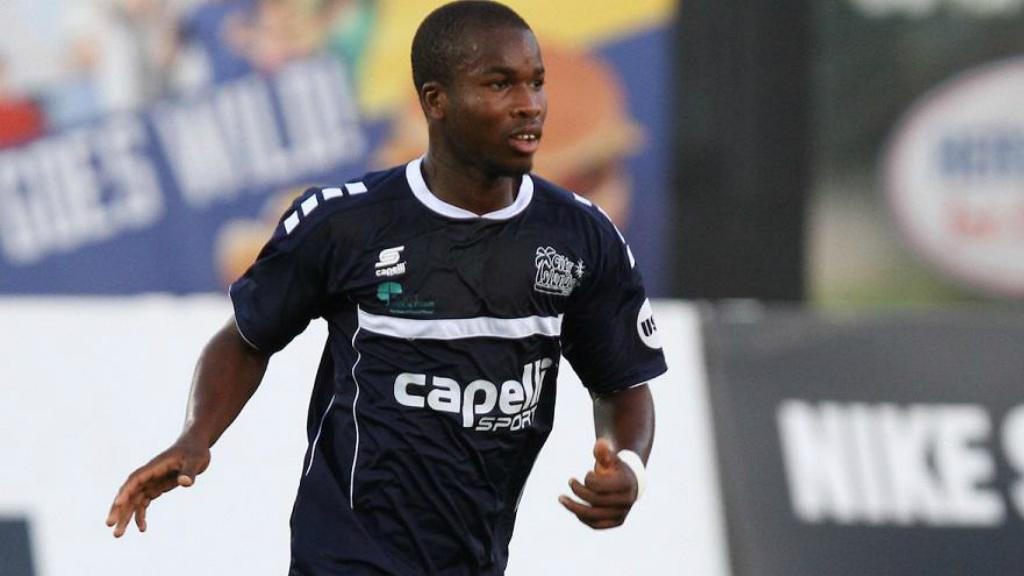 PITTSBURGH – Pittsburgh Riverhounds SC announced four more additions to their 2018 roster heading into the fourth week of preseason action. All on trial since the start of training camp on Feb. 5, forward Neco Brett and midfielders Mouhamed Dabo, Bakie Goodman and Joe Holland joined the club for the 2018 season.

Brett currently leads the Hounds in scoring overall this preseason with two goals and two assists. Formerly with Portland Timbers 2, Brett notably tallied seven goals with T2 in 2016, the second-most for the club.

Dabo comes to the team from in-state rival Penn FC, where he spent two seasons, making 42 appearances. The 22-year-old Senegalese midfielder completed 82.3 percent of his passes in Harrisburg a season ago, while also leading the club with 78 interceptions in the center of midfield.

Goodman signs his first professional contract with Riverhounds SC following a strong collegiate career at Georgetown University, where he made 80 appearances (71 starts) for the Hoyas, helping the school to three NCAA Tournament appearances, two Big East Regular Season championship and one conference tournament title in 2015.

Holland was drafted 10th overall by the Houston Dynamo in the 2017 MLS SuperDraft. The midfielder made five appearances in total with the Dynamo, as well as spending time on loan with Rio Grande Valley FC, where he tallied four goals in 13 appearances last season.

THREE DEFENDERS ADDED TO PENN FC: Penn FC announced on Tuesday the signings of Kyle Venter, Marco Franco and Chris Hill, adding three more defenders to its squad ahead of the 2018 season.

Venter joins Penn FC after having most recently played for Ottawa Fury FC from 2016-17. Venter logged 1,330 minutes over the course of 17 games, which included 15 starts in 2017. Prior to his time with Ottawa, Venter played for Tulsa Roughnecks FC in 2015 and scored three goals in 24 appearances.

Franco helped anchor Indy Eleven’s backline as he averaged 84 minutes per game and made 77 starts in 82 appearances over the past three seasons. Franco’s ability to play the wing helped Indy’s offense last year as he recorded five assists during the 2017 season.

Hill re-signed for Penn FC, the club which launched his professional career in 2016 after playing 48 matches for Villanova.