Republic FC Edged Out by LAFC 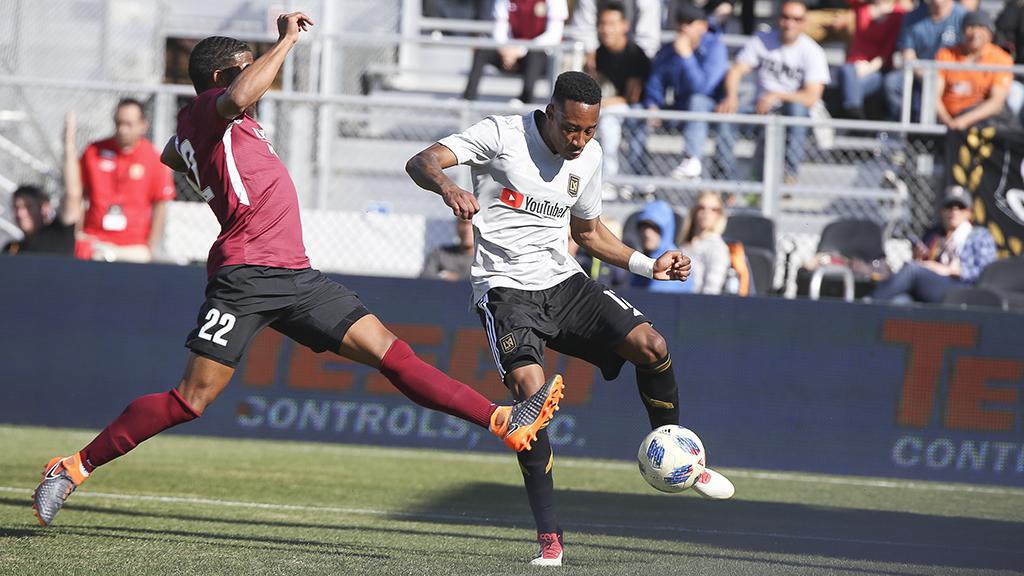 SACRAMENTO, Calif. – For the second time this preseason Sacramento Republic FC put in a solid showing against MLS opposition, but a second-half goal saw Los Angeles FC earn a 1-0 victory in an exhibition in front of a crowd of 11,035 at Papa Murphy’s Park on Sunday afternoon.

Both teams had chances in an open first half, with Sacramento’s Wilson Kneeshaw using some clever footwork on the left to set up a chance for Christian Eissele at the near-post that was lifted high under pressure in the 13th minute. LA’s first big chance came soon after as former Louisville City FC midfielder Mark-Anthony Kaye sent a low cross in for Latif Blessing, but the former Sporting Kansas City forward couldn’t make clean contact to get his finish on target.

LA had more chances throughout the half, and Carlos Vela might have done better as he broke into the left side of the penalty area as his low shot was saved by Sacramento’s Josh Cohen. Costa Rican international Marcos Urena also missed out on a good opportunity on the half-hour mark, sending his finish wide of the right post after Blessing had sent him through alone after LAFC won possession midway through Sacramento’s half.

Republic FC almost made LAFC pay for the miss as it went straight down the field and created a good chance of its own when Cameron Iwasa sent a low pass to Eissele, but his low finish to the right corner was well saved as LAFC goalkeeper Tyler Miller got down well to deny the opportunity as the teams went to the break scoreless.

Sacramento almost took the lead early in the second half as a quick free kick opened a chance for Iwasa, who fired a shot just wide of the right post from 25 yards, but then escaped a flurry of action in its own goalmouth that saw both a big save by Cohen and clearance by defenders on the goal line respectively to keep the game scoreless.

The visitors took the lead in the 60th minute as left back Joao Moutinho moved forward into the attacking third and fired a low shot that tucked just inside the right post. Urena almost doubled the lead seven minutes later via a counterattack, but Cohen closed the angle well enough to turn his effort wide of the left post.

LAFC went close again with seven minutes to go as Blessing fired a low shot to the right corner, but substitute Republic FC goalkeeper Rafael Diaz got down well to parry the shot away to safety. Rossi also went close after combining at the top of the penalty area with Aaron Kovar, shooting wide of the right post with his first-time effort, but Sacramento was unable to threaten an equalizer late on as the MLS expansion club closed out the win.