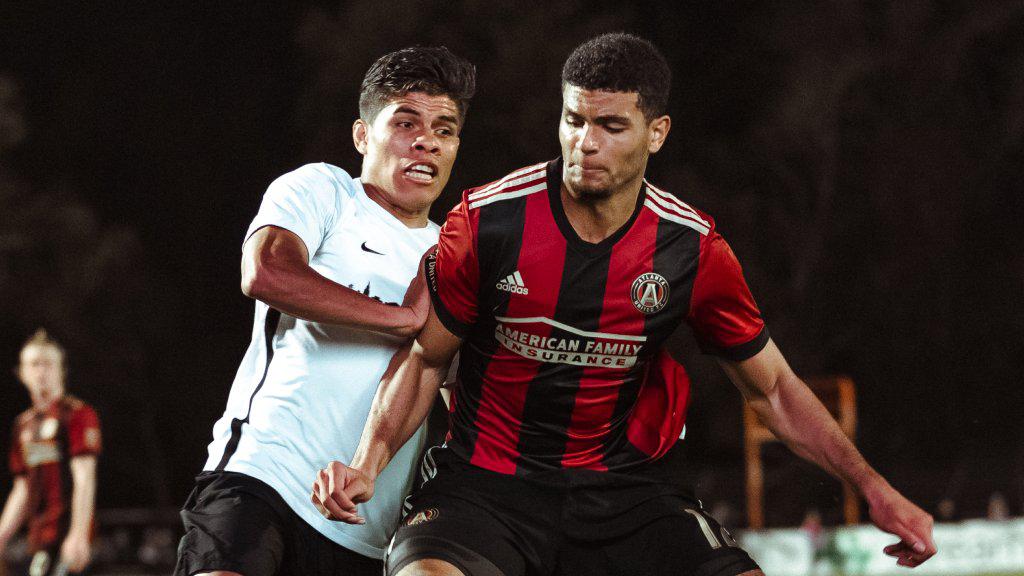 CHARLESTON, S.C. – The Charleston Battery claimed second place in the Carolina Challenge Cup for the third time in the tournament’s history as it played to a 0-0 draw with Major League Soccer’s Atlanta United on Saturday night at MUSC Health Stadium.

Columbus Crew SC clinched its second consecutive Challenge Cup title earlier in the day with a 2-0 victory against Minnesota United, leaving Charleston and Atlanta to battle it out for second place in the final game of the preseason tournament.

Charleston’s Ian Svantesson appeared to have broken the deadlock in the 34th minute, but what would have been his third goal in three games was denied by an offside call. Ataulla Guerra, who served as the Battery’s playmaker for the majority of the match, created the opportunity after beating Atlanta’s goalkeeper and center back, but his pass to Svantesson was a step too late.

The two teams continued to trade chances following Svantesson’s near-goal and into the second half. Former Battery loanee and U.S. Youth International Andrew Carleton created Atlanta’s best opportunity of the match in the 66th minute. Carleton played a first-time through-ball that sprang rookie Jon Gallagher free behind Charleston’s back four, but Odisnel Cooper read the play well and came off his line quickly to close Gallagher down and preserve the shutout.

“Atlanta moves the ball really well regardless of who’s playing for their team,” said Head Coach Mike Anhaeuser. “It’s very tough to defend them with the way they possess. You have to be committed for 90 minutes and I thought our guys did that.”

The shutout clinched a second-place finish for the Battery for the first time since 2011, when it finished ahead of the Chicago Fire and Toronto FC.