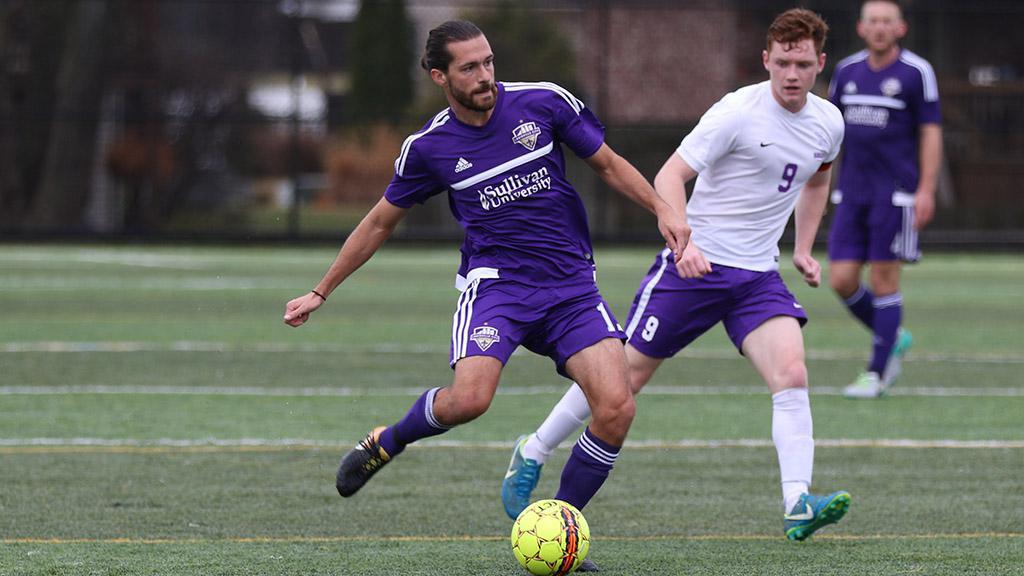 LOUISVILLE, Ky. – Louisville City FC opened its preseason schedule with a 3-1 win against Young Harris College on Saturday afternoon thanks to second-half goals from Cameron Lancaster, Magnus Rasmussen, and Niall McCabe at the Woehrle Athletic Complex.

Though the defending USL Cup champions commanded the game in the first half, Louisville was held without a goal despite opportunities for Luke Spencer and Richard Ballard, both of whom were active in the attacking third throughout.

Lancaster broke the deadlock in the 56th minute, however, as he controlled near the top of the penalty area and produced a calm, curling effort past the Young Harris ‘keeper to the far post. The lead was short-lived as Young Harris hit back quickly to level, but Louisville took the lead for good in the 65th minute as Rasmussen scored from close range to make it 2-1.

Former Young Harris standout McCabe then completed the victory with five minutes to go. After back-to-back corner kicks in the final few minutes, McCabe produced a crisp finish that clipped the underside of the crossbar on its way in.

“We’ve got lots to work on,” said Louisville Head Coach James O’Connor. We created lots of opportunities and we need to be more clinical, but still have a lot to work on. We were too sloppy for my liking and it has to be better.”

SAFC DOES THE DOUBLE: San Antonio FC took victories against both St. Edward’s University and the University of Texas – Rio Grande Valley on Saturday afternoon at Toyota Stadium as the club’s preseason squad split for the pair of contests.

SAFC beat St. Edward’s University 3-1 in the opening game, with Kris Tyrpak opening the scoring in the 12th minute after finding the ball at the top of the box following a clearance by the visitors and burying it past the goalkeeper with a right-footed volley. Ever Guzman doubled the lead in the 31st minute after recently-signed Sonny Guadarrama dribbled past the goalkeeper and lofted the ball across the box to Guzman, who headed it into the open net for the 2-0 lead. Connor Presley added the third in the second half after finding the end of a through-ball before the visitors pulled one back in the final minutes of the match.

In the second match of the day, SAFC defeated UT-RGV 2-0 on a pair of goals in the second half. Cesar Elizondo opened the scoring after finding himself in on goal, and he calmly slotted the ball home for the lead. Alex Bruce added a second goal off a tap-in just before the full-time whistle shortly after coming on as a substitute.

“I think both groups today had been working on things at practice that translated to the game,” SAFC Head Coach Darren Powell said. “There are things we need to continue to work with on both sides of the ball, and there were some things I wasn’t too pleased with but also several things that I was pleased with. I think today was a good exercise.”

After absorbing intense pressure from the ACC squad in the opening 10 minutes of play, Steel FC settled in and earned its scoring chances in quick succession. Bethlehem took the lead from the penalty spot as trialist Joe Gallardo dribbled into the box but was taken out to earn a chance, and Allen converted from the spot inside the right post.

Four minutes later, Steel FC finished off its other scoring chance, with another trialist making a play. With a patient buildup in the run of play, Jepson found space on the wing and fired a shot that snuck past the keeper for the two-goal advantage.

Steel FC had to work to maintain its two-goal advantage in the second half. In the 59th minute, defender Brandon Aubrey showcased his veteran skills, being in the right place to block a shot from the top of the penalty area. Meanwhile, goalkeeper Keasel Broome stood strong in net to turn away nine shots on frame including two breakaways in the 77th and 87th minute.

The contest gave STLFC a chance at an extended run-out, with the teams playing two periods of 75 minutes with a lengthened halftime break. Dikwa struck early on in the first period, and notched his second later on soon after SIUE had pulled level. Saint Louis then pulled away in the second period as Martz’s two goals were added to by tallies from Kyle Greig, Christian Volesky and on of the club’s trialists.

“I thought in the early period of the first game we weren't as aggressive as I would've liked,” said STLFC Head Coach Anthony Pulis. “That certainly got better as the game went on. In possession we need to be quicker and crisper with our passing, but we still showed glimpses of what we would like going forward. We've been working on a few different formations so it's been challenging for the players in that aspect but we've been pleased with their response.”