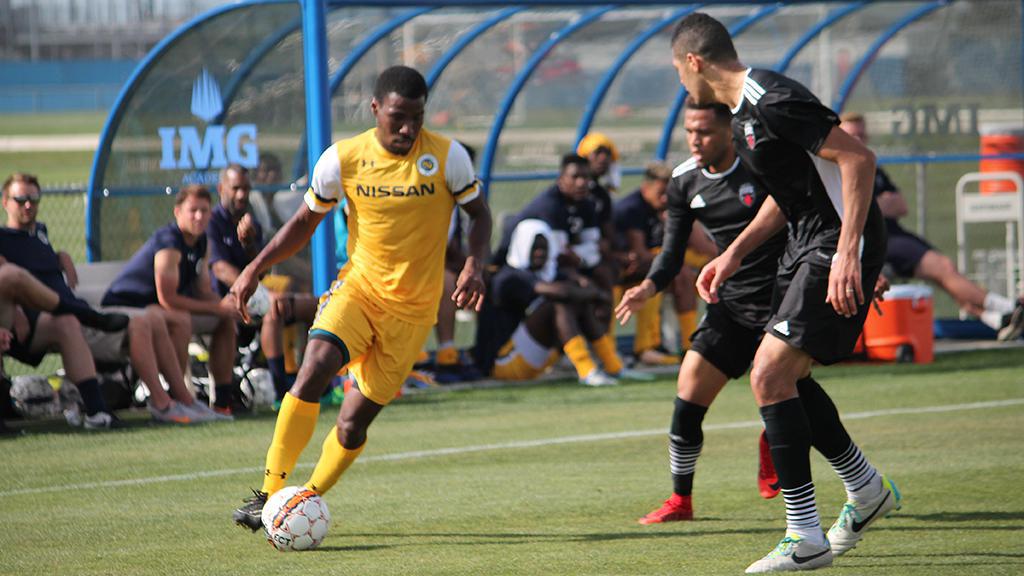 BRADENTON, Fla. – Nashville SC and Ottawa Fury FC exchanged early goals in a 1-1 draw at IMG Academy on Friday afternoon as both sides continued their preseason preparations ahead of the 2018 USL season.

The game opened with a flurry of action, as Nashville took the lead in the second minute when Michael DeGraffenreidt stepped up sharply to intercept a pass in Fury FC’s half, and his quick pass to Tucker Hume saw the forward burst into the penalty area and be brought down. Alan Winn stepped up and fired low into the left corner of the net from the spot.

Ottawa responded quickly, though, as a quick counterattack found Carl Haworth to flick home an equalizer. Nashville continued to look dangerous in the attacking third, with Hume almost connecting with Winn on a clever through-ball from the left side, but with a strong wind at its back Ottawa gradually started to come into the game and win more possession.

As much as both sides looked to get on the front foot, though, neither was able to create a clear-cut chance until Winn flashed a shot slightly high and wide of the right post in the 27th minute. Fury FC’s Gerardo Bruna forced a punched save from NSC goalkeeper C.J. Cochran five minutes later with a rasping drive from 22 yards, but the game went to the halftime break level.

Fury FC opened the second half more brightly and went close to taking the lead in the 50th minute when Haworth slipped Sito Seoane in behind the Nashville back line, but Cochran reacted quickly to smother the chance, allowing his defense to clear. Bruna also fired wide from distance five minutes later after a clever turn in midfield spun him away from two markers to release into space.

Nashville’s first real chance of the second half came shortly after as a deep cross was headed back across goal for Ropapa Mensah, but the Ghanaian forward was unable to get full purchase on his volleyed effort. NSC winger Ryan James almost connected with Lebo Moloto with a cross from the left midway through the half, the ball spinning through the six-yard area, but Ottawa’s defense held firm as Nashville’s attack – bolstered by its second-half substitutes – applied pressure as the half went on.

NSC’s late pressure didn’t produce a chance to land a decisive finish, however, as the USL Eastern Conference rivals ended all square.