Ledesma, Haber on target for visitors in preseason exhibition 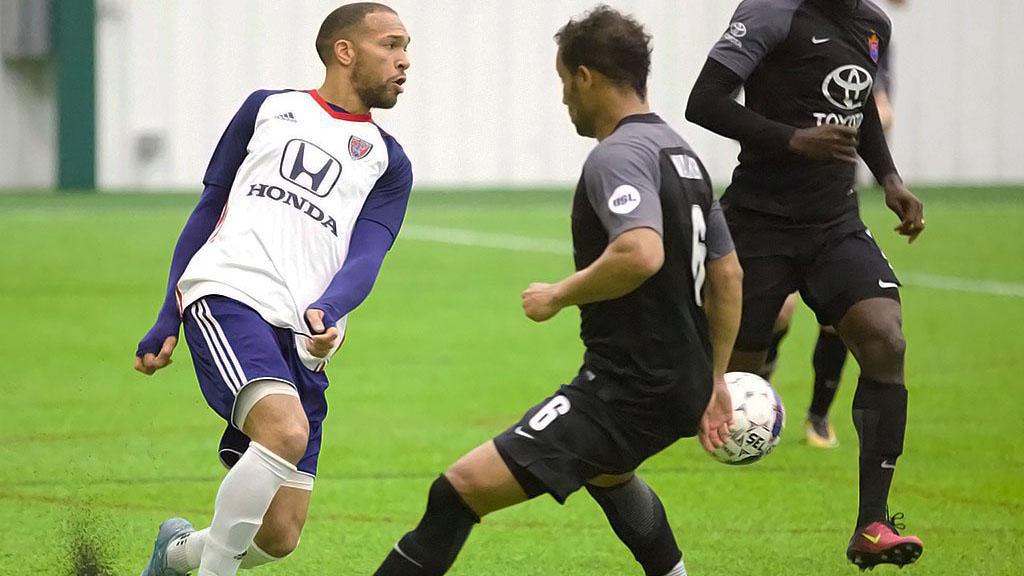 Playing in 30-minute periods, both teams had chances in the opening half-hour. FCC defender Forrest Lasso went close on an early corner, forcing a fine fingertip save from Indy goalkeeper Jordan Farr, while trialists for the hosts forced a pair of saves from Cincinnati goalkeeper Evan Newton as the first period ended scoreless.

Indy also went close early in the second period as Eugene Starikov fired just wide of the post, but Cincinnati took the lead midway through as Lasso was brought down in the penalty area, resulting in a penalty kick. Ledesma stepped up and his stutter-step run-up caught out the Indy goalkeeper as he slotted his shot into the left corner.

Indy was awarded a penalty of its own early in the third period as a foul in the penalty area saw the referee point to the spot again. Recent signing Soony Saad did the honors for Indy, his shot eluding FCC’s Spencer Richey despite the goalkeeper going the right way in his effort to make the save.

FCC regained the lead three minutes later, however, as Matt Bahner’s cross found Haber for a flicked header that found the net for a 2-1 lead. Indy looked to level a second time in the final 20 minutes as Jack McInerney had his shot saved with eight minutes to go, but FCC held on for victory in a preview of Indy’s home opener at Lucas Oil Stadium on March 31.

“I think this is a game that everyone can be happy with,” said Indy Head Coach Martin Rennie. “I was very pleased that we got the fitness and got the work. The players responded well to the messages we’ve been giving them. I’m very happy with the effort and the work we put in.”