Rising FC Edged Out by Dynamo 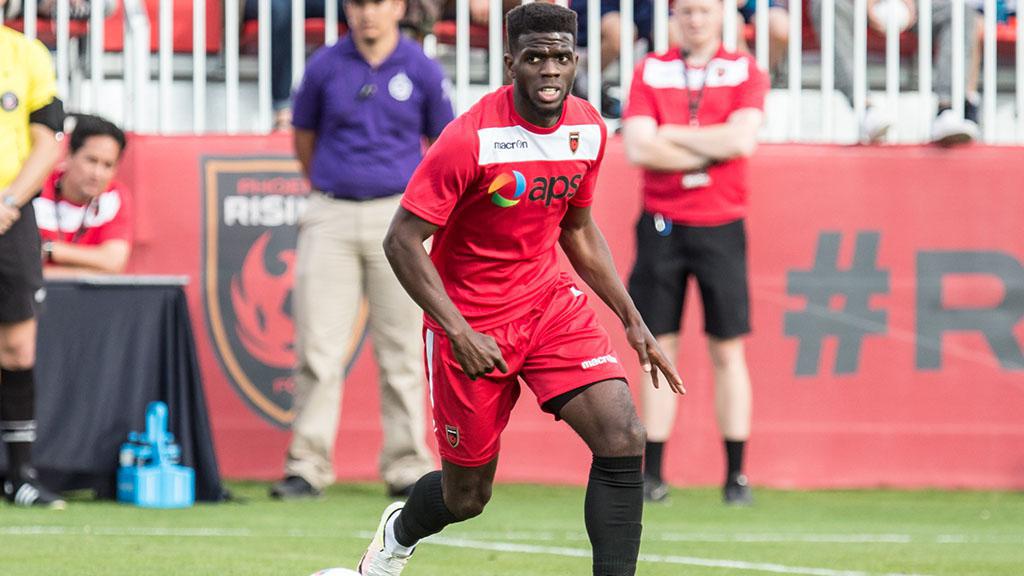 TUCSON, Ariz. – Phoenix Rising FC put Major League Soccer’s Houston Dynamo on its heels late on, but the Dynamo’s late first-half goal stood as the winner in a 1-0 victory at the Mobile Mini Sun Cup at the Kino Sports Complex on Wednesday evening.

Phoenix went close to opening the scoring in the 32nd minute when Kevaughn Frater curled a free kick from 20 yards over the defensive wall and on target, but Dynamo goalkeeper Chris Seitz punched the effort behind.

The Dynamo took the lead nine minutes later when Arturo Alvarez scored off a low cross by former Rio Grande Valley FC midfielder Eric Bird, but just before the halftime break Rising FC had a golden opportunity to level from the penalty spot, which led to a remarkable chain of events.

Phoenix’s Jason Johnson struck a penalty kick to his left and was denied by Seitz, but the ball came back to Johnson, who struck the rebound on the volley, only to be denied again by Seitz, who parried the shot off the right post. The ball rebounded back toward the goalkeeper, but in trying to punch it away, Seitz punched the ball into one of his defenders. The ball deflected off the defender, back toward Seitz and through the goalkeeper’s legs before it dangled tantalizingly on the goal-line before finally being cleared away.

Rising FC continued to search for an equalizer throughout the second half, and late on the pressure almost paid off. Soloman Asante had the first chance with five minutes to go as he received the ball near the top of the penalty area and outran his defender toward the right of the box and gave himself enough room to let off a quick shot on target, only for Seitz to make the stop.

Moments later in the 88th minute Alessandro Riggi received a deflected ball at the top of the penalty area with time and space to take a shot. He fired for the left half of the goal, but Seitz dove to his right to make the save and preserve the 1-0 win.