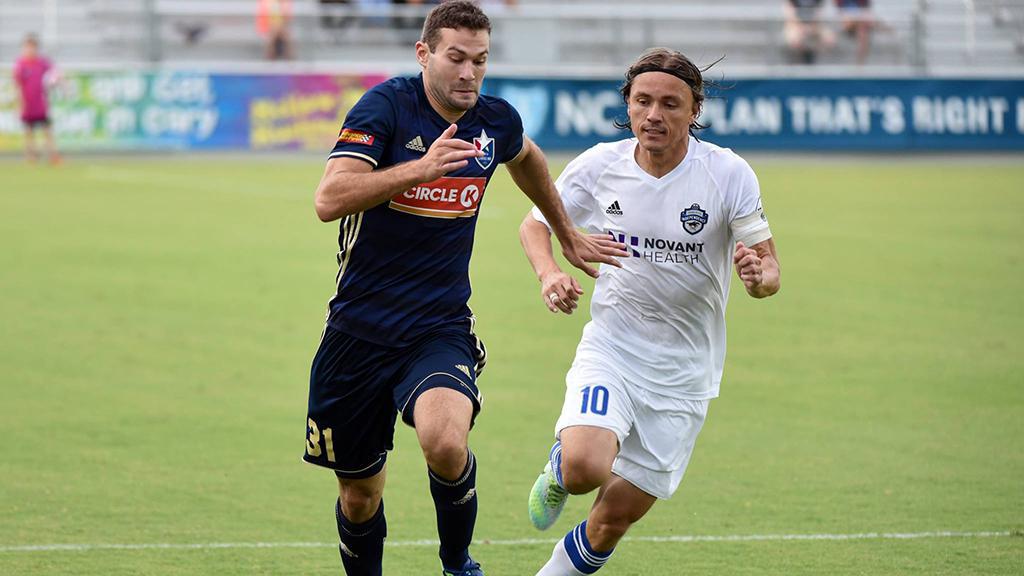 TAMPA, Fla. – The United Soccer League, one of the most prominent Division II leagues in the world, continues preseason this week with some eye-catching contests that include the conclusion of the 2018 Carolina Challenge Cup, a handful of games that see USL sides take on MLS competition and some all-USL contests that could give a good early gauge as to where teams stand a month out from the season. After victory against Minnesota United FC in the opening game of CCC18, the Charleston Battery will try to claim the title in the tournament they have hosted since 2004, with a contest against fellow opening-night winner Columbus Crew SC set for Wednesday evening. Indy Eleven’s first official scrimmage of the preseason arrives on Thursday, with FC Cincinnati the opponent, while Friday afternoon sees Ottawa Fury FC and Nashville SC square off at IMG Academy. The weekend wraps up with Sacramento Republic FC’s second high-profile game of the preseason, with Los Angeles FC visiting Papa Murphy’s Park for its final game before it kicks off its inaugural season in Major League Soccer.

11 THINGS TO KNOW
In the USL’s 11 Preseason Things to Know, Nicholas Murray looks at the opening of what feels like a new era for the Charleston Battery, the renewed marksmanship of San Antonio FC forward Ever Guzman, a memorable night for Las Vegas Lights FC in more ways than one and some teams that are firing offensively so far this preseason.

Behind-the-scenes access to a @RealMonarchs session with the 2017 @USL coach of the year pic.twitter.com/hPdJBj2uaT

No matter what day it is, you're always a part of our #FuryFamily

It was a pleasure playing against @LAGalaxy and even more of a pleasure putting on the @FFCFoxes badge over my heart! pic.twitter.com/VTZAoMotV0 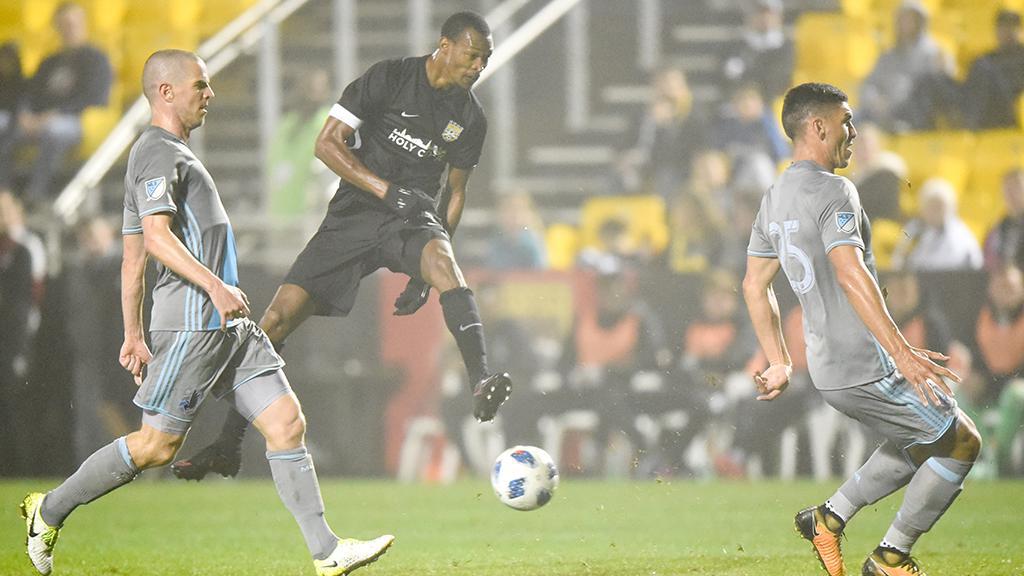 YSC Sports, Wayne, Pennsylvania | 1:30 p.m. ET
Two of the USL’s three Keystone State clubs meet for a preseason test hosted by Steel FC that could offer some idea of where both sides are in their preparation for the new season. Penn FC, led by new Head Coach Raoul Voss, opened its preseason with a 2-1 victory on Friday night against LIU Brooklyn but will face a step up in competition as it visits a Steel FC side that notched double-digit goals against the Junior Lonestar FC Under-23, with four different players notching a pair of tallies apiece.

Charleston Battery vs. Columbus Crew SC
MUSC Health Stadium, Charleston, South Carolina | 7:30 p.m. ET
The Battery have a chance to claim the Carolina Challenge Cup for the first time in their history after Saturday’s 1-0 win against Minnesota United FC but will have to go through a Columbus Crew SC side that looked in strong form as it defeated Atlanta United 3-1 in the opening day of the tournament’s other contest. Charleston got solid performances from forward Ataulla Guerra and midfielder Kotaro Higashi against Minnesota, with both likely to take more of the spotlight this year after some key offseason departures from the Battery’s squad. They and their teammates will get a strong measuring stick from a Crew SC side that reached the Eastern Conference Final of the 2017 Audi MLS Cup Playoffs, which is defending its CCC title this week.

Thursday, Feb. 22
Indy Eleven vs. FC Cincinnati
Grand Park Sports Campus, Westfield, Indiana | 1:30 p.m. ET
The new regional rivals will meet for the first time in a preview of Indy’s home opener at Lucas Oil Stadium in March with the Eleven’s new-look squad taking to the field for the first time against an opponent this preseason after two weeks of training. Indy’s squad has undergone an overhaul under new Head Coach Martin Rennie, with experienced MLS forward Jack McInerney the latest addition on Monday. Cincinnati has seen positive results so far this preseason, including victory against fellow USL side the Tampa Bay Rowdies and could be looking to incorporate its latest high-profile signing in midfielder Richie Ryan into the lineup as he links up with the side.

Friday, Feb. 23
Nashville SC vs. Ottawa Fury FC
IMG Academy, Bradenton, Florida | 3 p.m. ET
Two teams that are expected to contend in the USL’s Eastern Conference this season will square off in the Sunshine State as part of their preseason preparations on Friday, with both Nashville and Ottawa having already put in plenty of work this preseason to get up to speed. The contest will offer a first good look at Fury FC after the appointment of former Swope Park Rangers Head Coach Nikola Popovic this offseason and should give a good measuring stick after Nashville had some bright moments in its preseason opener against Atlanta United on Feb. 10.

Saturday, Feb. 24
Tampa Bay Rowdies vs. Philadelphia Union
Al Lang Stadium, St. Petersburg, Florida | 7:30 p.m. ET
The Tampa Bay Rowdies will look for their first win of the preseason when they play host to the Philadelphia Union to conclude the 2018 Suncoast Invitational, but already, the side has been pleased with its preparations so far. Tampa Bay came close to earning a result against the Montreal Impact this past Saturday, as Jochen Graf scored a second-half equalizer before Ignacio Piatti gave the Impact victory, but despite the result, there appears to be positive momentum behind the ideas the Rowdies are putting forward, especially offensively so far this year.

Las Vegas Lights FC vs. D.C. United
Cashman Field, Las Vegas, Nevada | 11 p.m. ET
Las Vegas Lights FC wraps up Soccer Spring Training with a visit from D.C. United, aiming to provide another entertaining contest for its fans at Cashman Field. Juan Jose Calderon wrote himself into the club’s record book as its first goal-scorer against Vancouver Whitecaps FC in a 3-2 loss last Saturday, and with the impetus of another solid crowd backing the side, Lights FC should give D.C. a solid final test ahead of the start of the new MLS season.

Sacramento Republic FC vs. Los Angeles FC
Papa Murphy’s Park, Sacramento, California | 5 p.m. ET
Sacramento welcomes an LAFC side led by former U.S. Men’s National Team Head Coach Bob Bradley and current Mexico international Carlos Vela for its second high-profile preseason exhibition with Republic FC looking to give the expansion MLS side a run for its money. Sacramento had some positive moments throughout its preseason opener with Seattle Sounders FC last week, including the forward play for Christian Eissele that saw him find the net in a 3-1 defeat and will look to build more cohesiveness amongst its new-look squad against an LAFC group that includes former Louisville City FC standout Mark-Anthony Kaye.