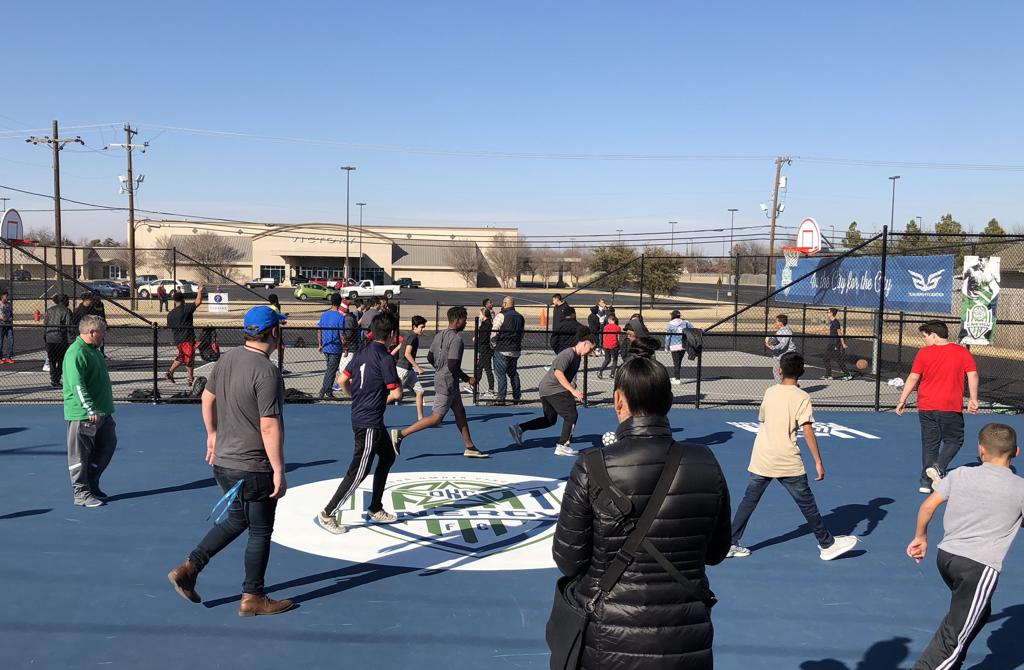 OKLAHOMA CITY – OKC Energy FC became the latest USL club to launch its own futsal court last week, with the new development near Central High School in inner-city Oklahoma City the first of what is expected to be at least 10 such courts introduced around the city for public play.

Energy FC worked with local basketball organization Team Griffin and City Center to help build the first futsal court, and dedicated the new court on Thursday. Unsurprisingly the blut court has plenty of green trimming, and the kids of Oklahoma City were more than happy to be the first to play a game on the new court, the first public futsal court in the city.

“This is bigger than just this court, I think the vision is to do this all over the city, wherever we see the need,” said Taylor Griffin of Team Griffin. “This is a wonderful alternative to other things kids could be doing, they can come out here and work on their skills.”

The development follows similar projects established by other USL clubs to establish futsal as a year-round playing option in the city, including the opening of FC Cincinnati's first futsal court last November. Energy FC players and staff were on hand to inaugurate the court with a quick game, which will add to the club's efforts to work alongside the local soccer community to generate interest and opportunity to play away from regular practice fields. More courts will be built in the city in the future, with Team Griffin continuing as a partner to grow active lifestyles in Oklahoma City.

Energy FC Co-Owner Tim McLauglin was excited for the mission ahead, promising to build more throughout the city and joking with Griffin “Let’s go throughout the city, you’ve got the energy for it,” ready to start on the next court straight away.

MOMENTUM ON THE MON: In one of the most striking rebrands in USL, Pittsburgh Riverhounds SC revealed a bold new look ahead of the 2018 season on Friday night. It wasn’t just the striking new kits that were launched on Friday, but a new crest, launching a new era for the Hounds and the sport in Pittsburgh.

The change from the Hounds head that had represented the club since its inception in 1999 to a more traditional look has been met with praise throughout social media this weekend. There has not been a complete abandonment of the hound, now represented by a paw print in the middle of the shield, but the look and feel are very different and put Riverhounds SC firmly in the middle of the city's sporting landscape.

“There has been so much progress,” Lilley said, “but we want more as an organization. To grow and reach more people, to create a bigger environment, to win things and to represent the City of Pittsburgh successfully.”

"We're all just so excited. I'm so excited. And we wanted to share all of it with everyone right here," said Riverhounds SC owner Tuffy Shallenberger to DK Pittsburgh Sports. "It's a really exciting time for us. This has been a long time coming. And it's been tough here at times. It has. It's been tough. But we believe in this city, in our support, in the local soccer community and some good things are coming, I'm telling you. For the first time I really don’t know where this is going. It’s good because there’s just a whole different feeling down here right now, because people are confident. Before everyone was pretending to be confident, this is really fun.” 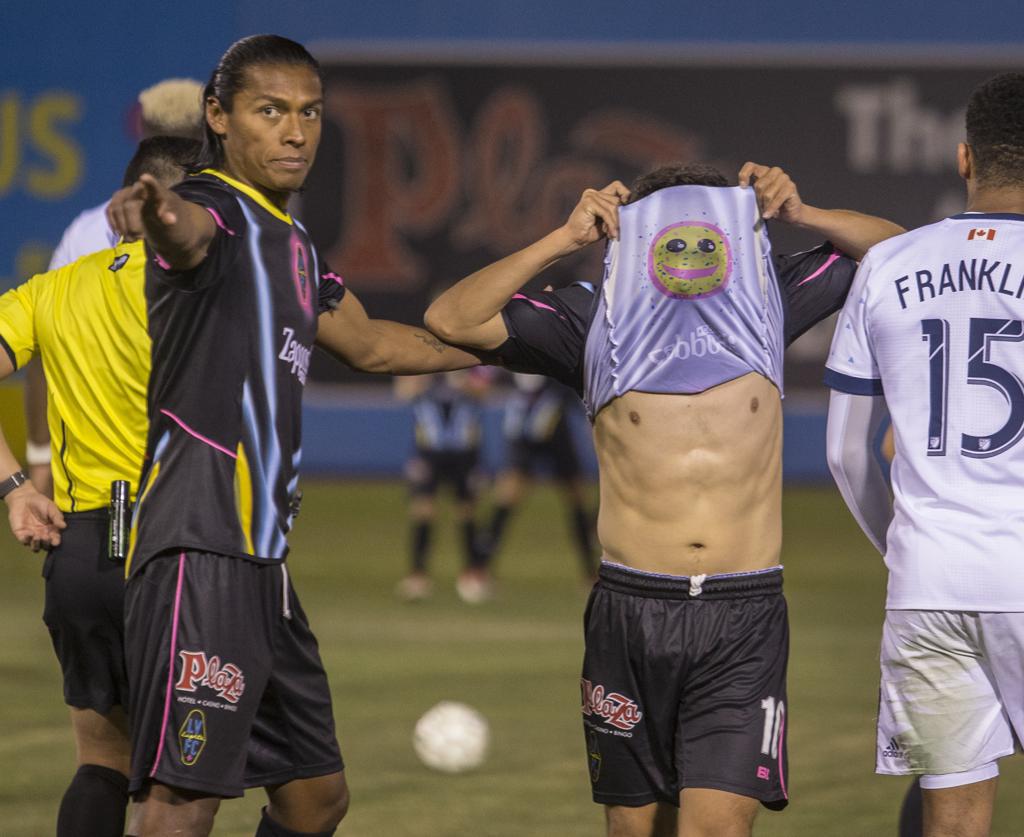 VEGAS SCORES WITH CALDERON: Las Vegas Lights FC may still be looking for its first win but the club had another historic moment this weekend as Juan Jose Calderon scored the first two goals in its history in a 3-2 preseason loss to Vancouver Whitecaps FC in front of another solid crowd of 6,049 fans at Cashman Field.

The energy brought by the local crowd, which has seen more than 16,000 fans come through Cashman Field's gates over the club's first two games, has been key for the club's players as they look to acclimate to the city, and try to build a cohesive squad ahead of Lights FC's inaugural season.

"The fans here are very committed, since the first day I arrived here for training. They have always been with us,” said Calderon after the match, after the crowd cheering from his goal finally died down. “I felt their support when we've been losing, and I felt it when I scored."

It was an exciting game that saw a pair of penalty kicks, and ejections, including Las Vegas Lights FC Head Coach El Chelis, who was sent to the stands following an argument after Marcelo Alatorre’s red card. Already a popular figure in Las Vegas, El Chelis made himself even more popular as he jumped into the front row of the supporters section following his ejection.

“In Mexico, we have a quote: 'What doesn't kill you, makes you fat.'” Chelís said. “Today, those send-offs helped us, and the personality of the team, helped us. I am happy that the best performance of my team was with me [in the stands]. They made everything happen.”

Despite the final score against the 'Caps, confidence seems to be flowing in Las Vegas, with the two goals spurring the team on to a strong finish that fell just short. The fans are certainly there with the team, nearly blowing the roof off Cashman Field when the goals went in. Those scenes are only adding to the anticipation for what should be an electric atmosphere for the club's March 24th home opener against in-state rival Reno 1868 FC.