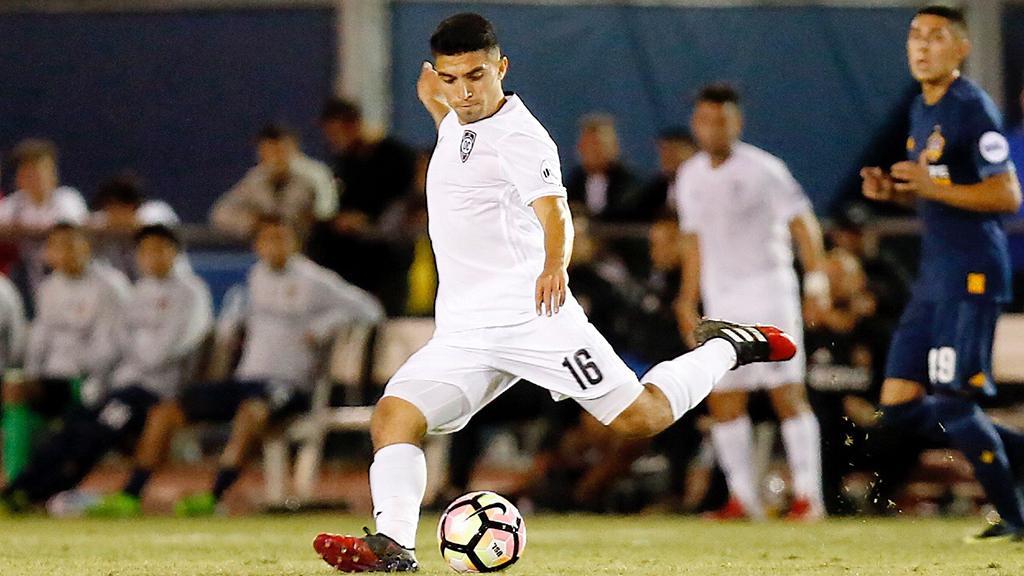 IRVINE, Calif. – Orange County SC announced the return to the club of local standout Amirgy Pineda, and the addition of former Swope Park Rangers defender Joe Amico as the club continues to build its squad for the new season. The signings are pending league and federation approval.

Pineda, returns to Orange County SC having made 15 appearances in his first season with the club, recording one assist. The 21-year-old midfielder made his professional debut for the club on March 25, helping Orange County SC to a 2-0 victory against Reno 1868 FC in its opening game of the 2017 regular season, and notched his first assist in a 4-3 victory against Seattle Sounders FC 2 on June 24.

Amico made a pair of appearances for Swope Park in his first professional season, having previously played in the Premier Development League for the Des Moines Menace in addition to his collegiate career at Jacksonville University which saw him help the Dolphins reach the final of the Atlantic-Sun Conference Tournament in his senior season.

Nsegbe comes to NCFC on a transfer from Cameroonian side Rainbow FC Bamenda. Ewolo will join NCFC on loan from Croatian third division side MFK Vyskov. Both signings will occupy international roster spots and are still pending the receipt of their International Transfer Certificate.

Nsegbe will bring a strong defensive presence to the squad as well as professional experience playing in Cameroon. The defender has also been a regular on Cameroon’s youth national team with call ups at the U17 and U20 levels.

Ewolo also brings international experience, having played for Cameroon’s U23 National Team, and comes to NCFC after several stops both in his home country and abroad. In addition to his time with Rainbow FC and a stint with AS Fortuna, the athletic forward played with Dragon Club de Yaounde in the top division of Cameroonian soccer.

Christensen, 21, was selected by Atlanta United in the fourth round of the 2018 MLS SuperDraft. He started all 72 games of his four-year college career at Portland and recorded 20 clean sheets. Christensen was twice voted West Coast Conference Goalkeeper of the Year. He played for the Seattle Sounders FC Academy and was the 2011 Generation Adidas U-15 Golden Glove winner.