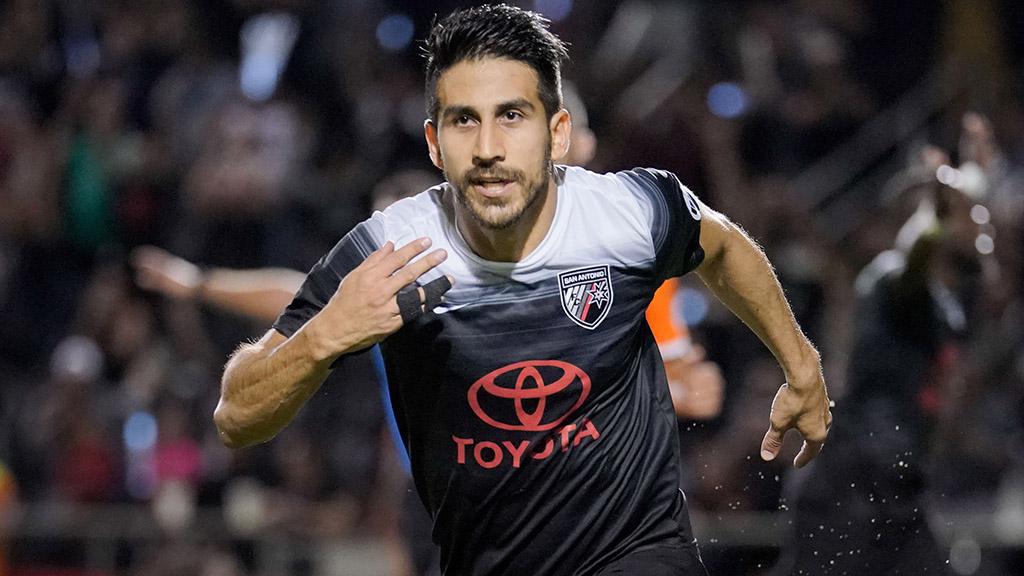 TUCSON, Ariz. – San Antonio FC got a pair of second-half goals by Ever Guzman to earn a 3-3 draw with the New England Revolution in the 2018 Mobile Mini Sun Cup on Saturday evening at Kino Sports Complex.

“The guys worked extremely hard from the first to the last whistle,” said SAFC Head Coach Darren Powell. “They showed some brave moments to be responsible for the ball. We learned from the first half going into the second, and all in all I think the squad has done a tremendous job all week.”

SAFC opened the scoring in only the sixth minute when Jose Escalante was fouled in the opposing penalty area. An SAFC midfield trialist stepped up and scored with a low shot to the left corner to give San Antonio a 1-0 lead.

New England responded in the 22nd minute as a loose pass out of the back was picked off by Cristian Penilla, who drew the goalkeeper and set up Teal Bunbury for a simple finish. Bunbury added his second of the game four minutes before halftime, putting away a close-range finish by Brandon Bye, and Anthony Delamea added a third in the 44th minute to give the Revolution a 3-1 lead.

San Antonio impressed after the break, however, and pulled the game within one goal after a trialist played a through ball to Guzman who calmly rounded the Revolution keeper before passing into the open net. Two minutes later it was déjà vu as the same trialist found Guzman with a pass from the left-hand side and the Mexican found the bottom corner to level the score and eventually earn the draw for SAFC.