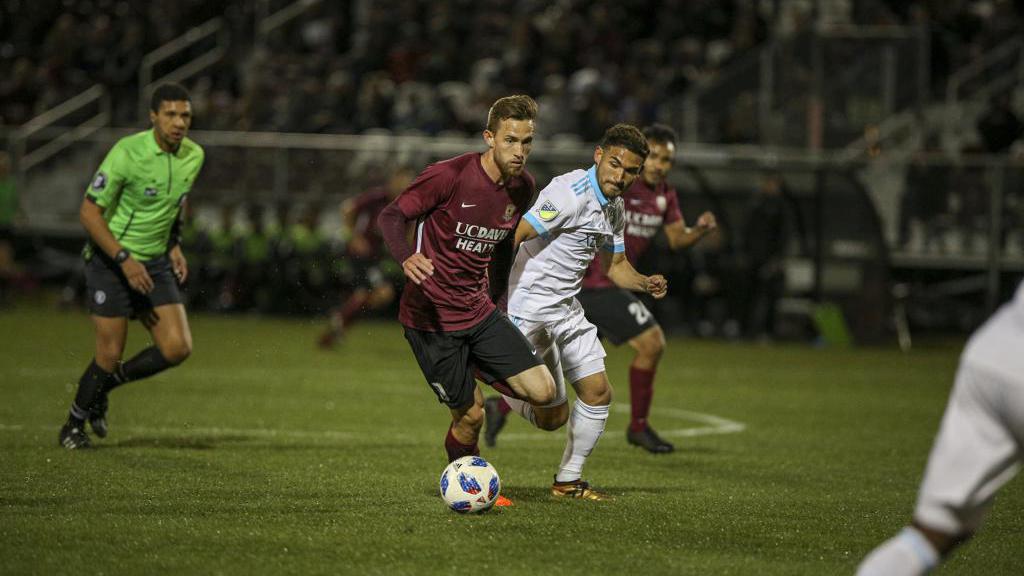 SACRAMENTO, Calif. – Jordan Morris scored a pair of goals as Seattle Sounders FC took a 3-1 victory against Sacramento Republic FC in a preseason exhibition at Papa Murphy’s Park on Thursday night as Christian Eissele scored an early second-half goal for the hosts.

Seattle struck quickly off a set piece as a deflected clearance in the penalty area fell perfectly to Morris, who tucked home his finish easily from eight yards out. Republic FC’s first good chance arrived in the 10th minute as a pass in from the left created an opening for Villyan Bijev, but his shot from 20 yards was comfortably saved by Sounders goalkeeper Stefan Frei.

Sacramento almost leveled two minutes later as Jaime Villarreal’s corner from the right was headed just wide of the left post by Cole Seiler, but as the hosts came into the game further the Sounders struck again as a fierce strike by Henry Wingo on the volley from the right side of the penalty area found the right corner of the net.

Republic FC almost cut into Seattle’s lead 10 minutes before halftime as a slipped pass by Wilson Kneeshaw set up Christian Eissele for a low finish that Frei got down well to deny. Sacramento retained possession, but Josh Turnley’s finish from 20 yards curled well high of the net as Seattle held its two-goal lead to the break.

Sacramento found the net two minutes into the second half, however, as a cross from the left by Turnley found Eissele at the top of the six-yard area for a deflected finish into the left corner. The Sounders almost restored their two-goal advantage soon after, but Republic FC goalkeeper Josh Cohen got down well to keep out a tight-angle shot by Wingo from the right.

Turnley almost set up a second for Sacramento just before the hour-mark as he found a free run by Villarreal into the penalty area, but the midfielder was unable to finish cleanly as Frei gathered. Keven Aleman also fired over from a free kick in the 65th minute, while Seattle’s Seyi Adekoya flashed a shot just wide of the left post a few minutes later.

Aleman forced a good save from Frei with a low drive to the right corner from 25 yards with 15 minutes to go, while Seattle’s Christian Lodeiro fired just wide of the right post on a first-time shot from the top of the penalty area. With 12 minutes to go Morris put the game out of reach as he made no mistake with a great finish from 12 yards on a low cutback from Adekoya for his second goal of the night.