Foxes Fall in Exhibition Against Galaxy

Bustamante scores early for Fresno, but LA rallies for 3-1 victory 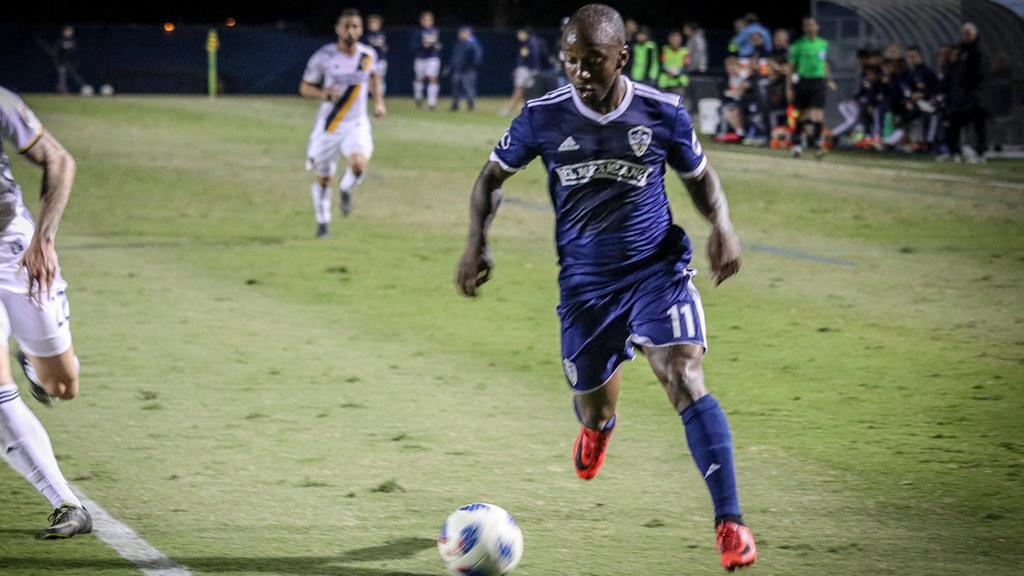 SANTA BARBARA, Calif. – Fresno FC took an early lead, but fell 3-1 to the LA Galaxy in a preseason exhibition at Harder Field on Thursday night as Sebastian Lletget and Chris Pontius both found the net for the Galaxy.

The Foxes got out to a positive start, and almost took the lead in the 10th minute as a cross by Jose Cuevas found Juan Pablo Caffa, but the Argentinian’s first-time finish went just wide of the net. Eight minutes later, though, the Foxes took the lead as Caffa linked up with Jemal Johnson to find Alex Cooper, whose cross found Renato Bustamante for a headed finish.

The Galaxy got back on level terms in the 25th minute as a deflected effort by Dave Romney fell to Sebastian Lletget, and the U.S. international put home a finish to even things up. The Galaxy were denied from taking the lead four minutes later by an offside flag four minutes later, but the game went to halftime even as the sides exchanged chances in the final 10 minutes of the first half.

LA took the lead five minutes into the second half as former UC Santa Barbara standout Chris Pontius found the net, and the Galaxy added a third with 13 minutes to go as former PDL standout Tomas Hilliard-Arce headed home from a corner kick.

The Foxes also had chances in the second half, as Cooper had an effort saved 10 minutes into the second half while Christian Chaney was also denied with 10 minutes to go. Noah Verhoeven also shot just wide of the net in the 83rd minute, but the Galaxy held firm to close out the victory.