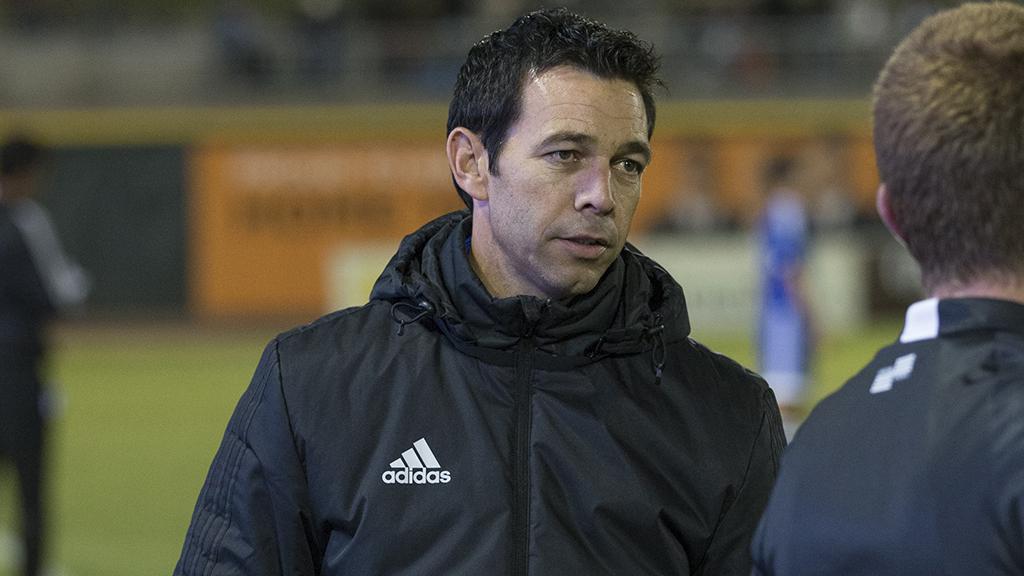 DAVIS, Calif. – Reno 1868 FC recorded its first victory against an opponent from Major League Soccer as it took a 1-0 win against Seattle Sounders FC in a preseason contest at UC-Davis. Eric Calvillo scored the lone goal of the game.

“It felt good,” said Reno Head Coach Ian Russell. “We had a tough game last week against the Earthquakes, but to bounce back, it was a really good game for us.”

Reno had fallen 4-0 to the San Jose Earthquakes on Saturday in its last preseason outing, but on Thursday benefitted from its partnership with the Quakes. In addition to Calvillo scoring the only goal, former U.S. U20 international goalkeeper JT Marcinkowski – who recently signed as a Homegrown player with San Jose – recorded the shutout, while forward Mohamed Thiaw also impressed.

“I thought all of the [Earthquakes players] did really well today,” said Russell.

The Sounders’ lineup included U.S. international Clint Dempsey, who went 65 minutes in the contest, as well as some players from Seattle Sounders FC 2, including defenders Sam Rogers and Denso Ulysse and Ray Saari in the starting lineup.

CHARLESTON BATTERY 3, COASTAL CAROLINA 3: The Charleston Battery scored three first-half goals before being pegged back in the second half by Coastal Carolina University in the club’s first preseason outing and final preparation for the 2018 Carolina Challenge Cup on Saturday.

The Battery took a two-goal lead in the opening 16 minutes as Trinidad & Tobago international Ataulla Guerra struck first from the top of the penalty area before veteran center back Taylor Mueller made it two off a corner kick by Jarad van Schaik. The Chanticleers pulled a goal back before Kotaro Higashi made it 3-1 four minutes before halftime.

Coastal Carolina got level in the second half as the Battery drew in a second lineup, with goals inside the opening 15 minutes after the break leaving the sides level.