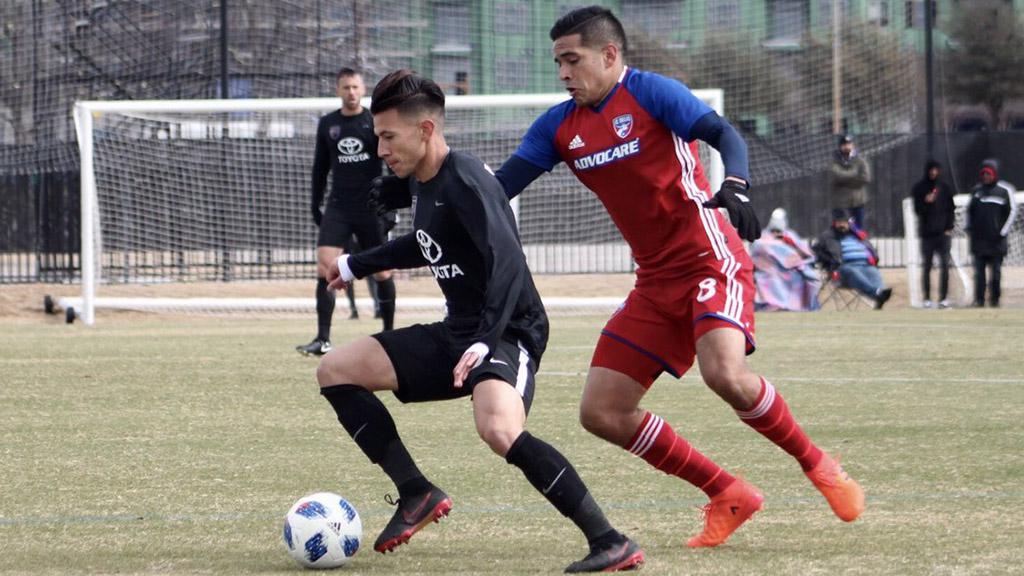 Perhaps the most notable signing for San Antonio FC in the offseason has been midfielder Mikey Lopez. Originally from Mission, Texas, the young midfielder moved to San Antonio as a child and played a lot of youth soccer in the Alamo City.

That has made his offseason move from New York City FC something of a homecoming for Lopez as he returns to venues he is very familiar with having played on what is now the SAFC training field as a youngster.

With that experience, Lopez is also no stranger to the SAFC squad.

“I played with Matt Cardone in club and with Cyprian Hedrick, I played with Kris [Tyrpak] in club as well and I knew Rafa [Castillo] as well from when he was first here. My brother played with Max [Rodriguez] so he was younger than me but in the same club,” said Lopez in an interview with the club website. “Coach Juan La Madrid was our goalkeeper coach at Classics Elite as well. There’s a lot of guys I know and it’s really cool being back here with them, and just playing with them is really exciting for me.”

Lopez had already become a fan favorite for San Antonio fans as he progressed to the University of North Carolina and into the professional ranks. He's now getting plenty of attention from those same fans who will now have the opportunity to cheer on a hometown boy.

“I’m really excited, I’ve heard nothing but amazing things about the fans here and the atmosphere and I’m really looking forward to that,” said Lopez. “For the first game, and the rest of the season to be playing here in front of home fans, it’s really cool and I can’t wait.”

LOUISVILLE'S SOUAHY STEPPING UP: Entering his first professional season new Louisville City FC defender Alexis Souahy knew there would be a challenge in stepping up from the college ranks, but the affable Frenchman is looking forward to what's ahead.

Part of preseason is goal setting for the season ahead. For Souahy and Louisville, defending the title from 2017 is an obvious goal but the team has its sights set on reaching a higher standard over the course of the new season.

“My goal is to help the team as much as I can in any way. Collectively, we don’t want to be as good as last year – we want to be even better,” said Souahy to the club website. “It’s all about putting others in a good position, so for me that’s the midfielders and forwards where they can turn and play forward. Obviously, not making technical mistakes, but always improving and helping others.”

Preseason is not just about getting minutes in the legs, or playing some preseason matches but it’s also about getting the new players settled in the team. Souahy has been learning the ropes from his veteran teammates in camp at IMG Academy, but the former Bowling Green University is eager to get back to Louisville and learn more about his new home.

“I haven’t gotten to visit the city yet, but I’m pretty excited,” said Souahy looking forward to finally getting into his new hometown. 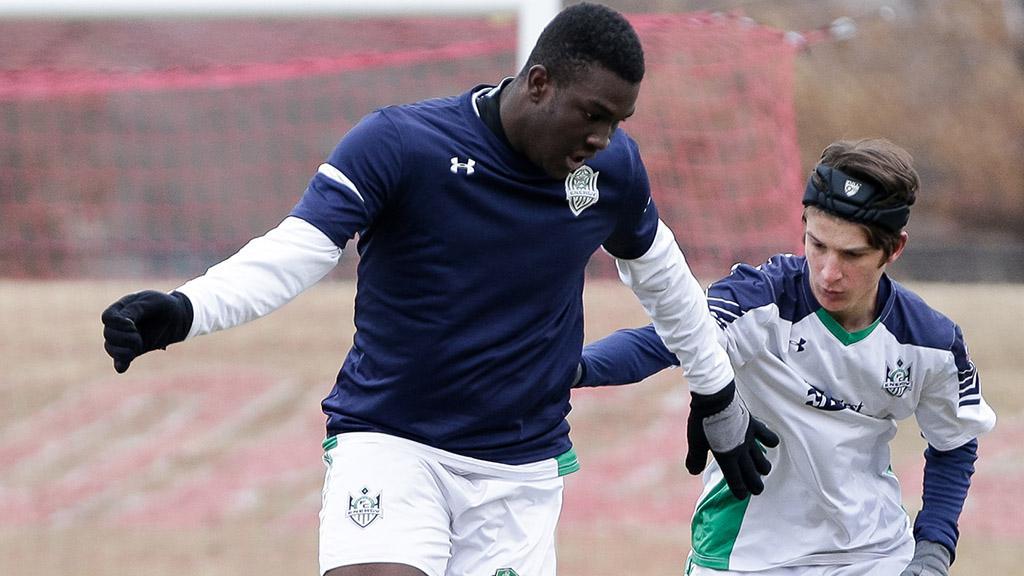 DIKE ENJOYS ENERGY FC OPPORTUNITY: OKC Energy FC saw preseason action this weekend, but maybe the most intriguing player on the field at the University of Oklahoma was one who has a highly-recognizable last name to followers of soccer in the Sooner state.

Daryl Dike – the younger brother of Nigerian internationals Bright and Courtney – capped off a memorable week that had previously seen him sign for the University of Virginia by first competing against Energy FC for the club’s top academy side, and then alongside a group of trialists. Dike’s potential was on display as he found the net in the second half of the scrimmage while competing alongside those hoping to earn a contract with Energy FC this season.

“It’s exciting and good to play against the first team,” said Dike. “Going to UVA is going to be a big step forward and everything is going to be a lot faster and a lot better players.  It’s good to get me introduced to some of that play.”

With the Cavaliers a seven-time NCAA Division I champion, there aren’t many better places for Dike to be heading for his college career, but what will be interesting to monitor is whether he could become an Academy signing for Energy FC prior to stepping on campus in Charlottesville, Va. If so, he’d be following a similar path to that of former New York Red Bulls II standout Derrick Etienne Jr., who competed in the USL prior to his freshman season at UVA and subsequently signing as a Homegrown player with the Red Bulls before the 2016 MLS season.

Even if that doesn’t happen, Dike appreciates the opportunity Saturday brought, and the promise of what’s to come for himself and his Academy teammates.

“It’s good to be able to play against those players,” said Dike. “Even for the younger guys, it gives them something to play for and try to get on some of the higher-level teams against older players.”

EARLY START FOR CINCINNATI: With only eight players returning from the 2017 season, FC Cincinnati and Head Coach Alan Koch had plenty of work to do to get the new faces assimilated into the squad as the club’s preseason preparations began last month.

On the team’s trip to IMG Academy over the past 10 days, though, what goes on away from the field can be almost as important as the work put in working on fitness and tactics as players get to develop relationships with newcomers to these shores, and those they’ve squared off with in the past.

“When you’re in a camp environment you don’t have any choice but to interact,” said Koch. “Obviously, when you’ve brought in so many new guys there’s times at night when they’re playing board games and cards, and that’s how they start coming together as quickly as possible.”

Koch said he began camp earlier than normal to give the team’s chemistry on and off the field time to develop. That’s also giving Koch and his staff a chance to evaluate the different combinations that are seeing action together, with Saturday's 1-0 victory against the Tampa Bay Rowdies an opportunity for the side to take a step forward toward its opening regular-season game a little over a month away.

“We told the guys that this is an exercise, go out there and have fun, but you’re always assessing every single day,” said Koch. “We have more information today than we did after the first game, and I’m sure we’ll get more after the next game too. We’re looking to see how individual players do and how their relationships develop, and obviously how they’re applying themselves into the system we’re asking them to play in.”