Reno Falls to Quakes in Visit to Avaya 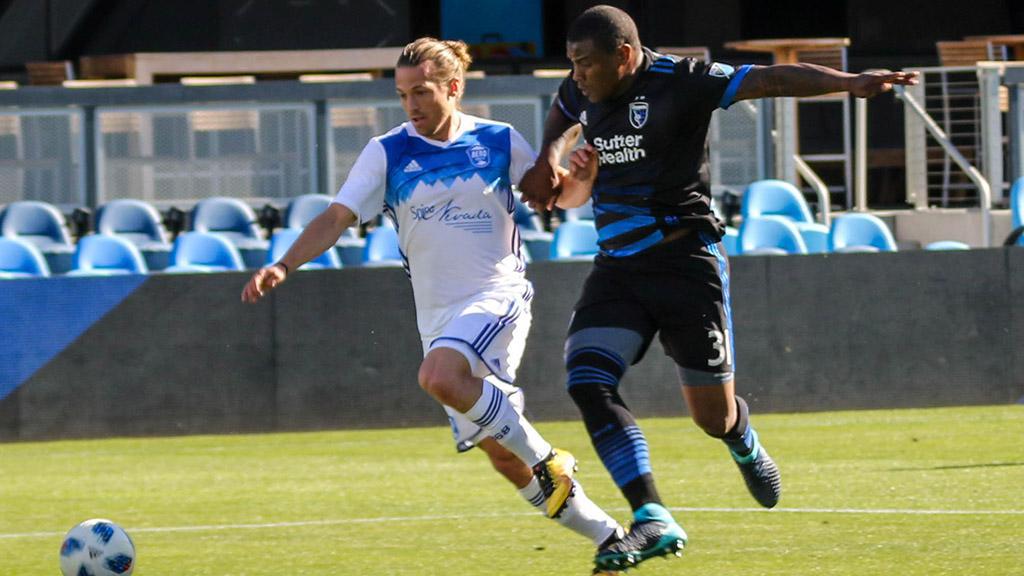 SAN JOSE, Calif. – Reno 1868 FC’s first visit to Avaya Stadium saw the USL club fall to a 4-0 defeat to its MLS partner the San Jose Earthquakes on Saturday afternoon, but also saw the announcement of the renewal of the partnership between the clubs that has already proven fruitful for both organizations.

“Watching those guys out there was a special moment for me,” Russell said. “One of the main reasons I took this job was to help develop players. To see San Jose sign three players from our squad this past offseason bodes really well for the future.”

San Jose struck early and often in the first half, with both Danny Hoesen and Magnus Eriksson both scoring twice to give the hosts a four-goal halftime lead. Hoesen got the ball rolling in just the fourth minute off an assist by Chris Wondolowski and added his second midway through the first half. Eriksson then scored twice 11 minutes apart to give the Quakes a commanding advantage.

“It was kind of what I expected when you are playing a quality team that’s further along in the preseason than us,” said Russell. “I wasn’t expecting it to be 4-0 at the half, but that’s life.”

The day was as much a celebration of the relationship between the two clubs, however, with former 1868 FC loanees Fatai Alashe and Andrew Tarbell both in the starting lineup for the Quakes as they continue to build toward the new MLS season.

“We are very excited to announce the extension of our partnership with Reno,” said Earthquakes General Manager Jesse Fioranelli. “We would like to give each player the opportunity to have his own pathway. By working together on the technical and commercial sides, led by Ian Russell, Eric Edelstein, Andy Smith and the whole team, we are thrilled to announce that we will be extending this partnership together.”