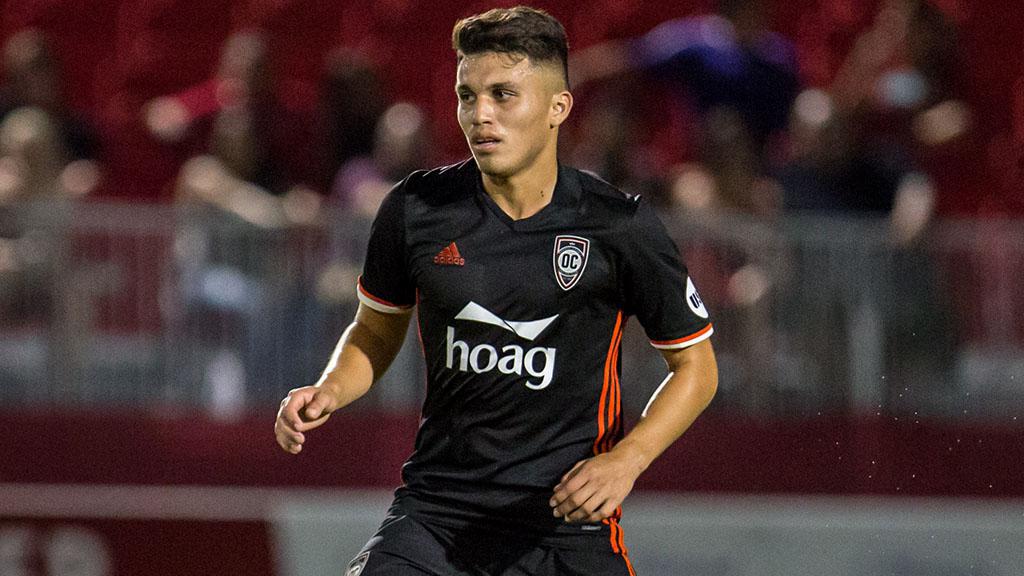 IRVINE, Calif. – Orange County SC announced on Wednesday it had re-signed defender Oscar Sorto for his second season with the club, pending league and federation approval.  Sorto made 28 appearances for OCSC in 2017 and led the club with 91 clearances.

“We are very pleased to have Oscar returning for his second season with Orange County,” said Orange County Head Coach Braeden Cloutier.  “Oscar has qualities that fit the profile for what we are looking for in a right-sided defender.  With the right guidance and consistency, Oscar has the ability to succeed at the next level.”

The Los Angeles native joined Orange County after a seven-year stint with the LA Galaxy, coming through the club’s academy before signing as a Homegrown player with the MLS club. Sorto made his professional debut for the Galaxy in the CONCACAF Champions League in 2013 and appeared for the U.S. U20 National Team in the 2013 Toulon Tournament.

REPUBLIC FC BRINGS ON GOMEZ: Sacramento Republic FC announced it had signed Trinidad & Tobago defender Shannon Gomez for the 2018 season, with a club option for the 2019 season, pending league and federation approval.

“Shannon is a very dynamic outside back that can get forward and really help us in the attack,” said Republic FC General Manager Todd Dunivant. “After a two-year stint with NYCFC, he is hungry to play and contribute to our squad.”

Gomez spent the past two seasons with New York City FC of Major League Soccer, during which time he spent time on loan with the USL’s Pittsburgh Riverhounds last season. A former member of the Trinidad & Tobago U20 National Team, the 21-year-old has earned three calls-ups to the Soca Warriors in his young career.

Bacon has competed in the USSF Development Academy for five years and was recently named to the 2017 Academy Summer Showcase Best XI. On Wednesday, Bacon signed with Elon University to begin his college career this fall.

Dickey joined the Richmond Kickers Youth Soccer Club at the age of 7 and is currently in his fifth year with Richmond United. The 6-foot-4 goalkeeper trained with the Kickers last summer and is committed to Villanova University.

“An important role for our professional team is the integration of Academy players into the first team set up,” said Richmond Kickers Director of Soccer Leigh Cowlishaw. “It’s great that Kent and Sam grew up playing for the Kickers and Strikers and now get the chance to represent their hometown pro team.”