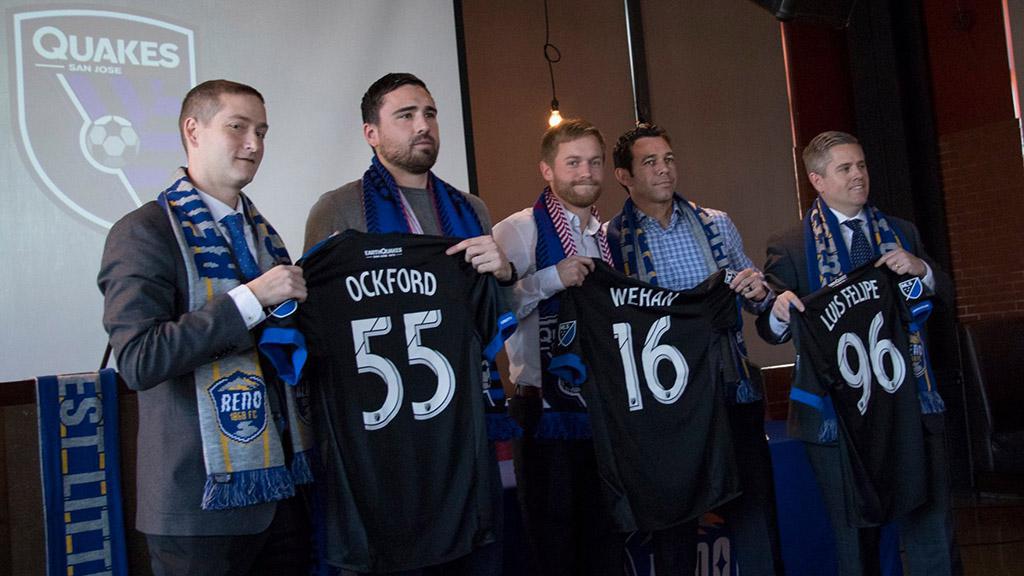 RENO, Nev. – When Reno 1868 FC takes to the field at Avaya Stadium on Saturday to face the San Jose Earthquakes, it will likely square off against three familiar faces in Chris Wehan, Jimmy Ockford and Luis Felipe Fernandes.

And when that moment arrives, it will be a major source of pride for 1868 FC President Eric Edelstein.

“It’s the pinnacle of the partnership, period,” said Edelstein this offseason. “There is nothing better than giving a player an opportunity, that player seizes that opportunity and then is rewarded with an MLS contract. That is absolutely incredible.

“I equate what Coach [Ian] Russell is doing to what [University of Alabama Football Coach] Nick Saban is doing. If Nick Saban can help get players drafted into the NFL, that’s going to bring the next prospect into his program, and now Ian will have a real, tangible story to say, ‘look, I took this guy, undrafted, brought him into a tryout camp, year’s over, and he gets an MLS contract.’”

Wehan was that player a year ago, who went from undrafted to the 2017 USL Rookie of the Year award after a standout season that saw him match the league’s single-season assists record with 12. His performance, and those of the likes of All-League selection Ockford, Fernandes, USL Most Valuable Player Dane Kelly and Antoine Hoppenot helped fuel Reno’s on-field success in its inaugural season.

Off the field, 1868 FC performed strongly as well, enamoring itself with Reno’s local sports fans as the players became immersed in the community away from the field. Those opportunities became more numerous as the season went on, as Edelstein and his team – already well-versed in the business of baseball with the successful Reno Aces – learned plenty about the ways they could connect 1868 FC to the community.

“It took a little bit of time, and then we also realized there was so much more opportunity for the players to become a real piece of the fabric of your community because they aren’t playing every single day,” said Edelstein. “They coached youth teams in the evenings and were out amongst the people, and there was a really great ‘cool factor’ that our soccer team was part of our community, and they were around and involved all season.”

As 1868 FC prepares for its second season in the USL, the numbers continue to look positive for the team off the field, with a large majority of the club’s season-ticket base having renewed and the energy around the club continuing to build with some new rivalries – primarily with fellow Nevada club Las Vegas Lights FC – to engage in this season.

On the field, Russell has had some gaps to fill in his squad, but after the manner which he and General Manager Andy Smith have gone about their business over the past two offseasons, Edelstein has become a major admirer of 1868 FC’s on-field leader.

“Everybody’s a product of their background,” said Edelstein. “Ian’s background as an assistant coach with an MLS team that didn’t have a deep scouting department previously – they’re building that right now –  you realize Ian was essentially watching a boatload of film for a decade to try and find players for the Earthquakes, so he absolutely understood the talent that was out there and what translated and what didn’t, and what kind of players he wanted to play his style. I felt like there was almost no learning curve, he got an opportunity, here’s the number you’ve got to work with, go get your team, he had absolute confidence in who he wanted to get, what his values were on there, really forward-thinking for someone who had never been charged with doing that.

“To this day, the level of confidence he has in his own ability to select talent and evaluate talent and grow talent, it’s just incredible. He’s been a great asset, and he loves Reno. He moved his family, bought a house, he’s really dialed in that this is going to be a long-term partnership, and his role in helping the Earthquakes win an MLS Cup is going to be delivering them players from the USL side.” 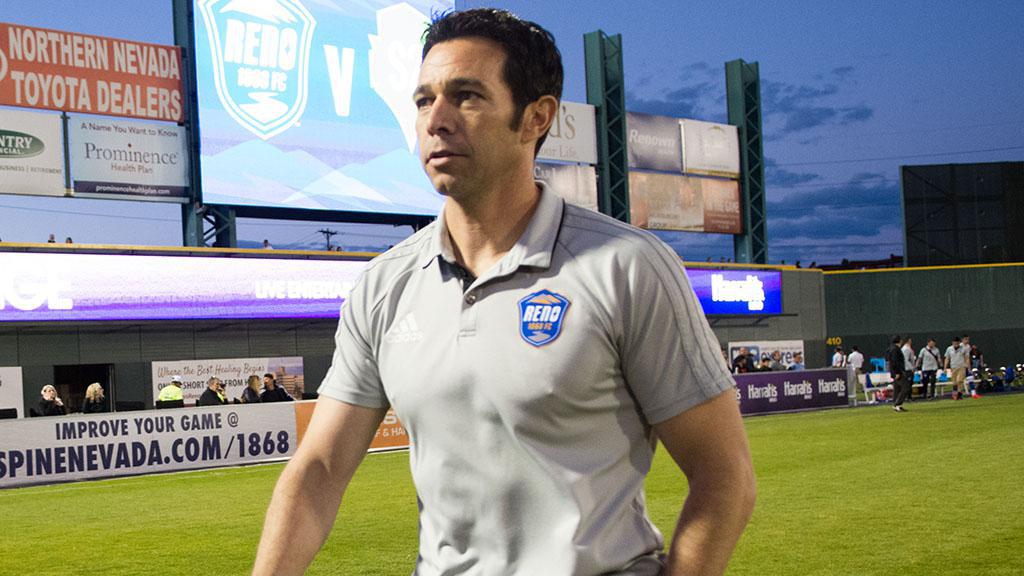 Russell’s former charges are now going to fight for minutes with the Quakes and are looking forward to facing their former club this Saturday.

“I think it’s going to be a lot of fun,” Ockford told Jake Pisani for the Quakes website. “It’s going to be cool to see a lot of the guys again. It’s pretty much a similar core group that we had last year, so I’m excited to see how they’re doing this season. It will be a good, intense match.”

For Wehan, the hybrid partnership between the Quakes and 1868 FC that helped both the club succeed on the field and brought additional opportunities for players like himself illustrates the potential way forward for clubs in both Major League Soccer and the USL.

“Some organizations, it’s similar, and some, it’s not,” Wehan told Pisani. “I’m fortunate to be here, and I’m sure those two guys feel the same way. You go in and work hard and you’re successful and you buy into Coach Ian [Russell] and everything they got going there, and the opportunity may present itself.”

If Edelstein, Russell and the rest of Reno’s organization have anything to do with it, those opportunities are going to continue to arrive for 1868 FC’s players well into the future.

“We believe that we’ve dialed into a formula that can compete and develop and I’m looking forward to that strategy play out, because we’re following the same blueprint, and I want to see that same strategy play out again,” said Edelstein. “Once is a fluke, twice is a trend, so if we can do it again I think it will really embolden us. Our partnership can help shape future MLS and USL partnerships that can help the growth of both levels and create meaningful partnerships long-term.”