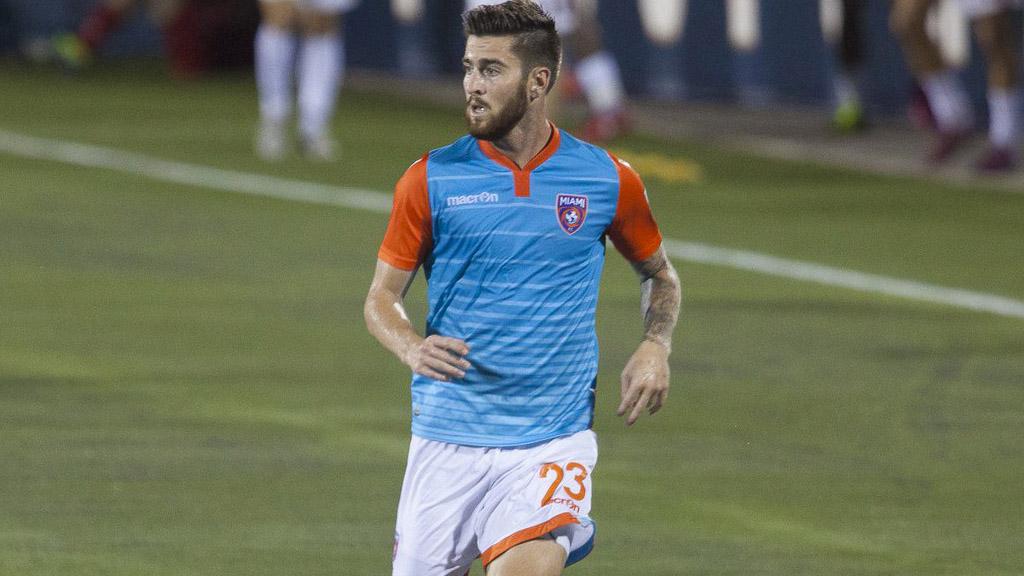 CINCINNATI – FC Cincinnati announced on Monday it had signed Blake Smith to a one-year contract with an option for the 2019 season, pending league and federation approval. The Boerne, Texas native will join the team at IMG Academy this week.

Smith most recently spent two seasons with Miami FC and helped the club claim both spring and fall championships a season ago in his second year at the club. Smith made 25 appearances last season and finished tied for fifth in the league with five assists.

"Blake is a very technically sound, athletic full-back," said FCC Head Coach Alan Koch. "He will give us another excellent option on the left side of the field. We are all excited to welcome him to the club and get him integrated with the team as quickly as possible."

In his first year in Miami, Smith was second on the team with five assists and just one of four players to reach the 30-game plateau in appearances. Prior to signing with Miami FC, Smith played for Yverdon Sport FC in Switzerland, where he had four goals in 14 appearances.

SACRAMENTO SIGNS SCHMIDT: Sacramento Republic FC announced on Sunday it had brought aboard defender Justin Schmidt for the 2018 season, with a club option for the 2019 season, pending league and federation approval.

“Justin was born to compete,” said Republic FC General Manager Todd Dunivant. “He brings a fire to our backline and will be key to organizing our entire group.”

Schmidt joins Republic FC after playing the 2017 season with Real Salt Lake and their USL affiliate Real Monarchs.  Schmidt made nine MLS appearances, including seven starts, and five USL appearances, all starts, last season. In 2017, he was honored with RSL’s Jordan Guernsey Humanitarian of the Year Award for his work with Shriners Hospital and Big Brothers Big Sisters.

RICCI ARRIVES WITH RISING FC: Phoenix Rising FC has added 19-year-old midfielder Luca Ricci to its squad for the new season, pending league and federation approval. A former of the Montreal Impact Academy, Ricci will enter his first professional season with Rising FC.