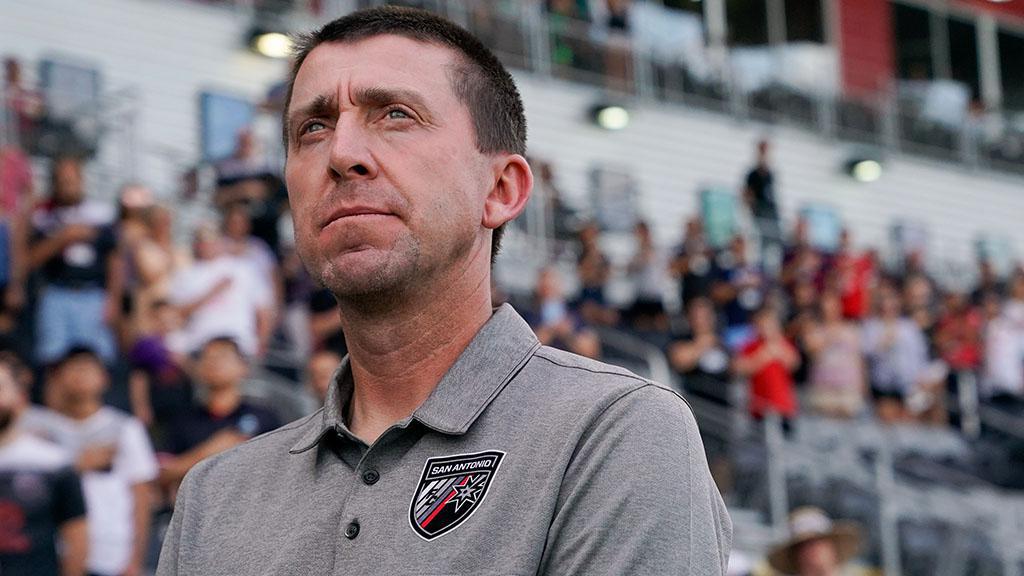 SAN ANTONIO – Newcomer Alex Bruce scored a pair of goals as San Antonio FC rallied for a 3-2 victory against the University of the Incarnate Word at Toyota Field to open SAFC’s preseason schedule. Connor Presley was also on target for the hosts, while providing the assist on Bruce’s game-winner.

UIW scored twice in the opening half, opening the scoring on a breakaway chance before doubling its lead via a set piece. San Antonio’s second-half lineup got things back on track, with Bruce pulling a goal back off a cross by Mike Seth to halve the deficit. Presley leveled soon after as he put home the rebound from a shot by Maxi Rodriguez, and then set up Bruce’s second of the day with a cross from the left that the 19-year-old headed home.

“Firstly, thanks to UIW for giving us a competitive game today,” said SAFC Head Coach Darren Powell. “We have a lot of things we can learn from both halves. The first half presented us some problems that we will solve over the next couple of weeks, and in the second half, I thought the group came out and gave a good account of themselves. It was nice to see Alex [Bruce] grab a couple of goals.”

TOROS ALUMS ON TARGET IN RGV: Former Rio Grande Valley FC players Mauro Manotas, Justin Bilyeu, Eric Bird and Memo Rodriguez made a happy return to H-E-B Park as each found the net for the Houston Dynamo in a 9-1 victory against the Toros in Edinburg, Texas.

In a game played over three 30-minute periods, the Dynamo led 1-0 through Arturo Alvarez’s goal after the first period, but then the floodgates opened for Houston as Bilyeu and Bird – both of whom featured for the Toros a season ago – notched goals around the first of preseason for ex-PDL standout Mac Steeves.

Manotas added a pair of goals in the third period, while Rodriguez also found the net to continue the scoring. The Toros got on the board late through a trialist, but the night belonged to the players whose path to Houston had come through South Texas though the hybrid partnership between the clubs.

AROUND MLS PRESEASON: 2017 USL All-League First Team selection Sebastian Velasquez was on target for Real Salt Lake in a 3-1 win against the LA Galaxy, with the other two goals coming from Real Monarchs SLC alums Sebastian Saucedo and Nick Besler. … The New York Red Bulls got goals from Red Bulls II alums Derrick Etienne Jr., Alex Muyl and Ben Mines in a 4-3 victory against the Philadelphia Union, with Bethlehem Steel FC’s Brendan Aaronson finding the target for the Union. … Former Seattle Sounders FC 2 midfielder Handwalla Bwana scored the winning goal as the Sounders took a 2-1 victory against the Portland Timbers in the Mobile Mini Sun Cup in Tucson, Ariz.