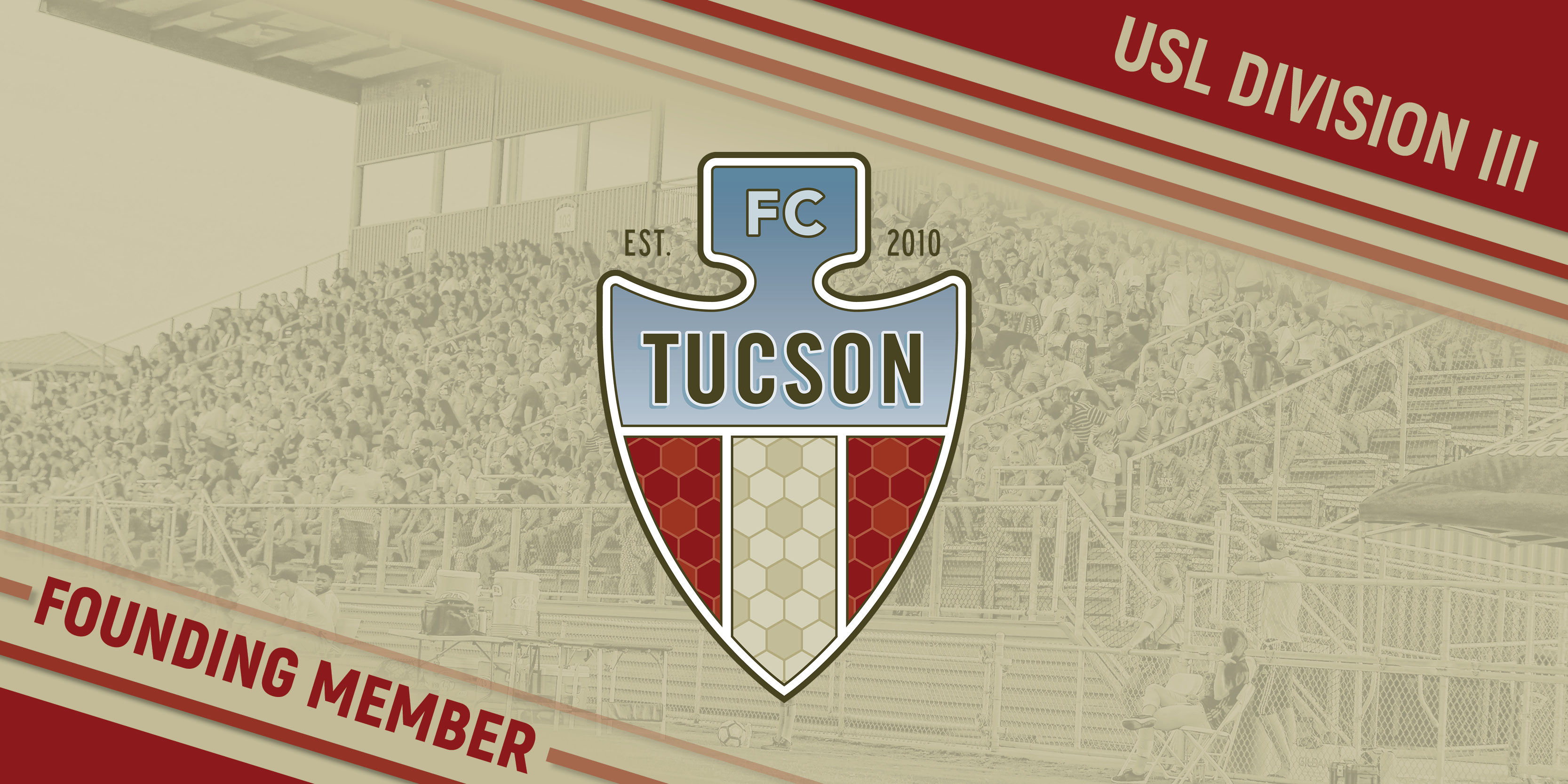 FC Tucson has consistently delivered on-field success in the Premier Development League since beginning play in 2012, having:

“FC Tucson’s move to USL Division III demonstrates the visionary ownership that exists within the USL system, and I applaud the club’s leadership for recognizing the opportunity to continue growing their clubs and the communities in which they operate,” said USL CEO Alec Papadakis. “We are thrilled to have FC Tucson as a founding member of USL Division III alongside South Georgia Tormenta FC, and expect the club to continue its tremendous record of success from the Premier Development League.”

The city of Tucson has experienced the thrill of professional soccer for years, as FC Tucson has hosted an MLS Preseason event, the Mobile Mini Sun Cup, since 2011. The event regularly draws sellout crowds, and is featuring 11 MLS clubs, as well as Phoenix Rising FC, for this year’s tournament at Kino Sports Complex which began with a sell-out crowd on February 3rd and will continue through February 24th.

FC Tucson – which currently competes at Kino North Stadium – will anchor the western expansion of USL Division III, as the league grows to a three-conference structure, emphasizing regional rivalries. The club joins South Georgia Tormenta FC, based in Statesboro, Georgia, as a founding member of the new league. Led by Majority Owners Darin and Netra Van Tassell, Tormenta FC has established itself as one of the premier amateur teams across the United States. Tormenta FC recently filed plans to construct a new state-of-the-art 5,000-seat soccer-specific stadium in Statesboro, which will provide an exciting and authentic professional soccer experience for fans and players.

FC Tucson, established in 2010, is committed to bringing the highest caliber of competitive soccer to Tucson and establishing a successful and long-lasting source of pride for city, county, state and country. Phoenix Rising FC, which competes in the United Soccer League, owns and operates FC Tucson and runs the Mobile Mini Sun Cup, a Major League Soccer preseason tournament. In 2012, FC Tucson was named the PDL Rookie Franchise of the Year. To stay up to date on what is going on with the Mobile Mini Sun Cup, check out the team’s website at www.fctucson.com. You can also visit the team’s Facebook page and follow all of the news related to FC Tucson on Twitter.

Most Recent USL League One News

Most Read USL League One News