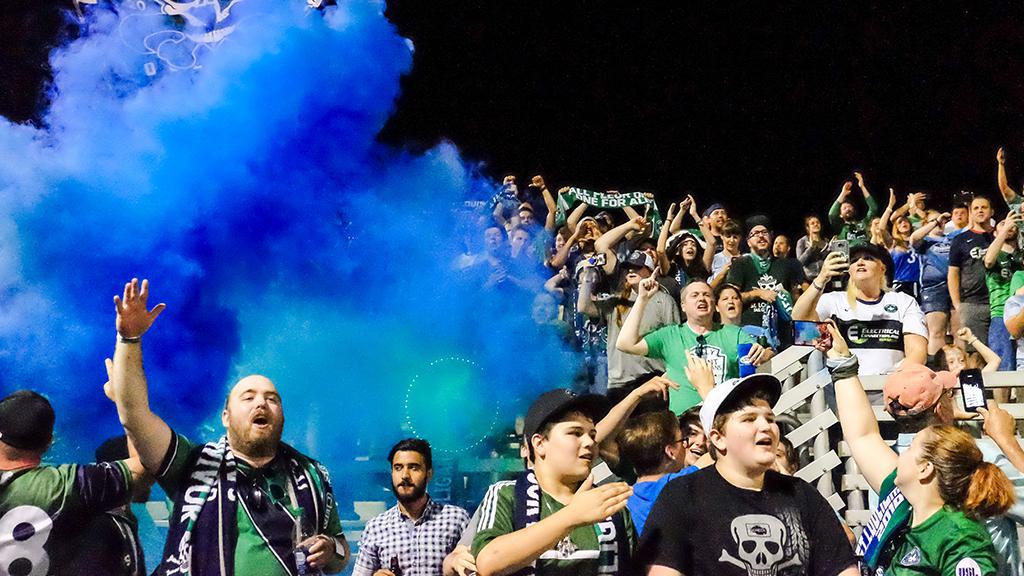 Saint Louis FC General Manager Jeremy Alumbaugh has experienced a lot in the club’s first three seasons in the USL.

As the club prepares for the 2018 season, the things he’s learned from those experiences has helped shape the approach he and the STLFC staff have taken as the club takes aim at serious playoff contention under new Head Coach Anthony Pulis.

“To hold true to your instincts and trust your gut, I think that’s the biggest thing, and then the level of consistency that’s needed for the players for them to be consistent,” said Alumbaugh on what he’s learned from the past three years. “As a club I think we’ve done a lot of things really, really well off the field in how we treat the players, how we take care of them. We need that to be rewarded with consistent play by them on the field now.”

The lack of postseason contention has certainly been a point of frustration for those within the club, and its supporters. After the promise brought by Preki and the team’s ideal start to the season a year ago, STLFC’s spiral down the standings to finish eight points out of playoff contention saw another offseason of change on the sidelines.

Pulis’ arrival, along with a strong offseason of recruitment that has brought some top names to Toyota Stadium – Saint Louis, has brought a similar feeling going into this preseason. A USL Cup-winner as a player in Orlando, Pulis’ impressive start to his coaching career and attention to detail when he and Saint Louis’ leaders met could lead to a very different ending in 2018.

“He came in very prepared for the interview process, he had done his homework not just on the team and players but on the organization and the club, the city,” said Alumbaugh. “What we’ve done well, where we’ve not done well, and some of our history and tradition and the fact that we are a true club, not just a team.

“He’s very buttoned up, he doesn’t leave things hanging out there very long. Talking with players who have played for him, his communication levels with them, how he handles situations were very strong, and then I think he’s somebody who’s up-and-coming, somebody who’s young, aggressive and hungry to prove some things.”

READ MORE: Pulis Aims to Bring ‘Something Different’ to STLFC

Pulis’ hunger to prove himself is matched by the club’s hunger for success. While the St. Louligans have been party to some great moments over the past three years in both the league and the Lamar Hunt U.S. Open Cup, the goal of contention for a championship has been far from their reach.

Given the city’s status as a historic soccer hotbed, Alumbaugh knows what it would mean for Saint Louis to bring a championship to its fans.

“What I have in my mind is a vision of when it does click, and it does connect, and we get to where we want to be, it’s going to be unbelievable,” said Alumbaugh “I honestly don’t know of many places in this league that can rival what we have because of our facility and our set-up. Other places have great crowds, great passion, but ours is unique in the sense of way the facility and the stadium is built, and when we do get where we want to go it’s really going to be unbelievable.

“Our supporters, our fans, our season-ticket members, our corporate partners, the community at large has been really supportive, and they’ve been vocal when things haven’t been done well and haven’t gone well, and that’s OK. I would rather have that than a stadium with people who couldn’t care less. These people, these fans, these supporters really live and die with us, and we owe them more than we’ve given them in terms of results.”