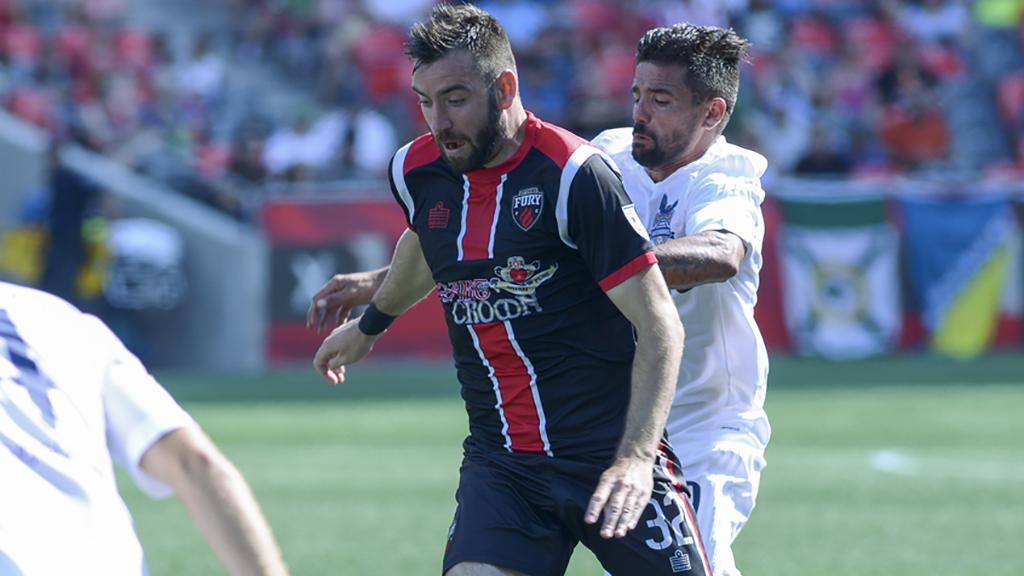 OTTAWA – It’s not every day a player will head back to a former club, but for defender Colin Falvey the opportunity to return to Ottawa Fury FC, the club he spent the 2015 season with before playing the last two years with Indy Eleven, was hard to resist.

The Irish defender was popular with the fans in Ottawa in his previous stint, during which time he helped Fury FC claim its first professional silverware, and he hopes to bring that success back to the Canadian capital. With Falvey’s return Ottawa has been building a squad looking at a charge for the USL Cup Playoffs under new Head Coach Nikola Popovic.

“It was quite clear in my mind that I was going back to USL and then I reached out to [General Manager] Julian [de Guzman] to see what the situation was and I’m glad they were still very interested," Falvey said on Monday night during an interview on Corner Kicks on TSN 1200 in Ottawa. "He told me his plans, and the team building with Nikola [Popovic] and the rest is history.”

Fury FC has been working on building its squad for the new season that will challenge for the playoffs after a disappointing firs year in the USL. The club secured the continued services of a number of vital players such as forward Steevan Dos Santos, goalkeeper Callum Irving, and defender Eddie Edward. In addition to bringing Falvey back into the fold, Fury FC has made some impressive moves into the club on the transfer market with  the likes of defender Nana Attakora, midfielder Maxim Tissot and playmaker Kevin Oliveira. Those signings have lifted confidence in Ottawa with Falvey agreeing that the team has a chance of “at least the playoffs.”

By adding Falvey, Ottawa has added a defender with proven success, having won silverware at all four clubs he has played for in North America. That includes both a USL Second Division title in 2010 and a USL Cup in 2012 with the Charleston Battery, where he also claimed the USL Defender of the Year award in 2013. With that experience Falvey will be a leader in Ottawa, determined to instill the right attitude in the locker room from the start.

“I think the first thing I’ll be doing here, like I’ve done at other clubs, is make it sure that people are well aware that performances and results are very important because you can be shown the door very quickly,” said Falvey. “I think we’ve got enough experienced players here that they’ll be all given the same message, and then it’s just the case of instilling belief and a never-say-die attitude.” 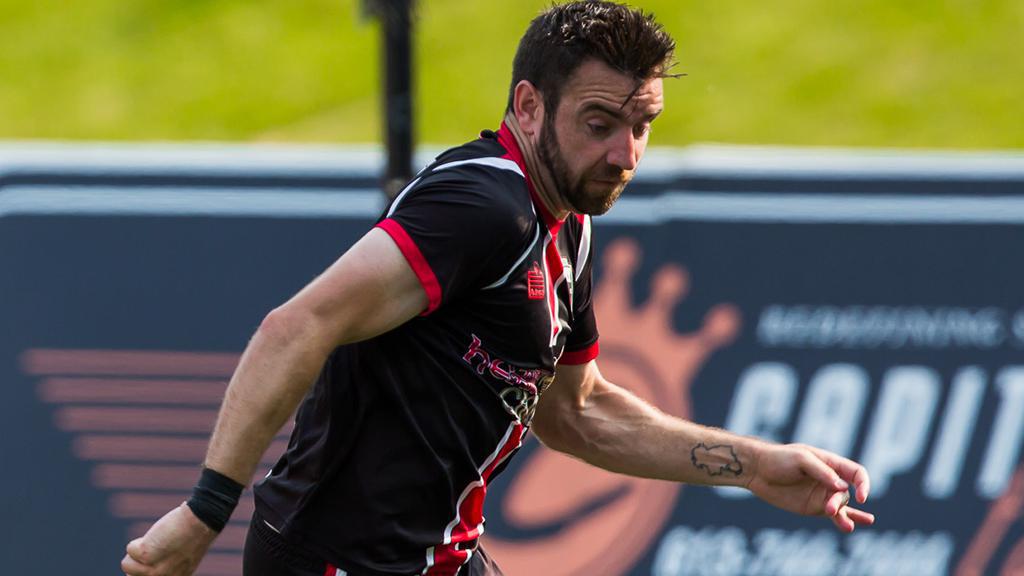 Falvey is already putting the focus on other players, not taking the credit as a leader but already pushing the spotlight back to his teammates before a ball has been kicked. It is the strength of the squad that has Falvey confident of success as the club opened training camp on Monday rather than his own credentials and successes.

“With this group of players, I’ve already seen today after one training session, that there’s enough quality here," he said. "We just need to drag out the heart and the determination and I think we’ve got enough big characters in there that we should be okay.”

Away from the field, the support his return to Ottawa has received from the club's fans has been very welcome, and Falvey is delighted to be back in a city that reminds him of his hometown of Cork, Ireland.

“For me it’s the people and all I’ve seen since it was announced I was coming back the messages I’m getting privately I’ve been over the moon with it and I’m glad to be back,” said Falvey. “The main thing is obviously we want to be successful and if you have a successful team they’ll enjoy the city a little more, so that’s the plan of action here.”

With preseason underway, Fury FC will continue to build as the club looks to take its place among the contenders in the USL's Eastern Conference.