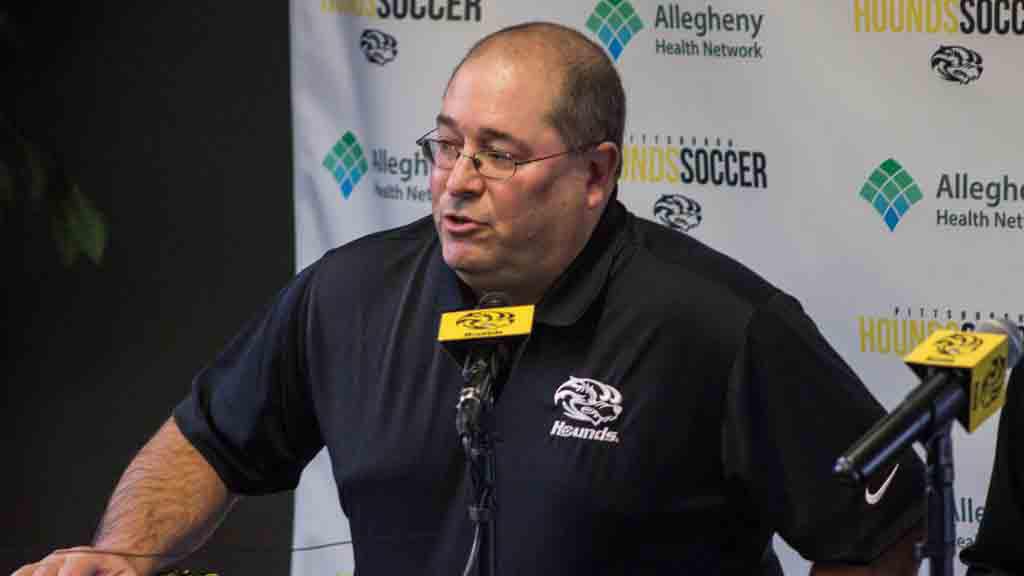 Since the opening of Highmark Stadium in 2013, the Pittsburgh Riverhounds have had the look of a club with plenty moving in the right direction.

The club has an invested owner in Tuffy Shallenberger, a beautiful home venue, passionate home support and a thriving youth academy.

The only thing the historic club hasn’t had? A consistent product on the field in the USL.

That’s where new Head Coach Bob Lilley and his litany of past successes comes in.

“That’s what the plan is,” Lilley said recently. “I think they’ve done a lot of things over the past three, four years in Pittsburgh that weren’t done in the early years. Since Tuffy Shallenberger has come on as an owner, they’ve invested more, they’ve tried to do things the right way. He’s put a lot of time and money into the Riverhounds to make them successful, to grow the profile of the team in the city and we’re going to be able to help him grow the profile of the club more with a successful season, a good team.

The Riverhounds have produced some excellent moments throughout the current decade, both in the USL and the Lamar Hunt U.S. Open Cup but have lacked the consistency to turn it into championship contention, or even at times a place in the playoffs. Each time the club has reached the USL Cup Playoffs it has departed in its opening game, including most recently an extra-time defeat in 2015 to the New York Red Bulls II that saw the Hounds twice lead, only to end up on the short end of the result.

Lilley, on the other hand, has consistently been able to produce success throughout his career. The 2015 USL Coach of the Year when the Rochester Rhinos claimed both the USL Regular Season Championship and USL Cup, Lilley helped produce perennial contenders in Rochester, and at prior stops in Montreal and Vancouver. The veteran Head Coach is hopeful he can reproduce his previous successes and go about changing the mentality within the club while doing so.

“It’s just changing the culture a little bit,” said Lilley. “I think even with a lot of changes in the roster, it’s all of us within the office and the academy and the ownership, we all have to look at things differently. Instead of maybe expecting [disappointment], ‘we can’t win, we’re snake-bit when we get into the playoffs,’ that all has to change. It’s a new chapter. I’m going to guess I do things differently than most. Obviously, there’s been good players come through Pittsburgh, good coaches, but it’s just getting everyone on the same page.” 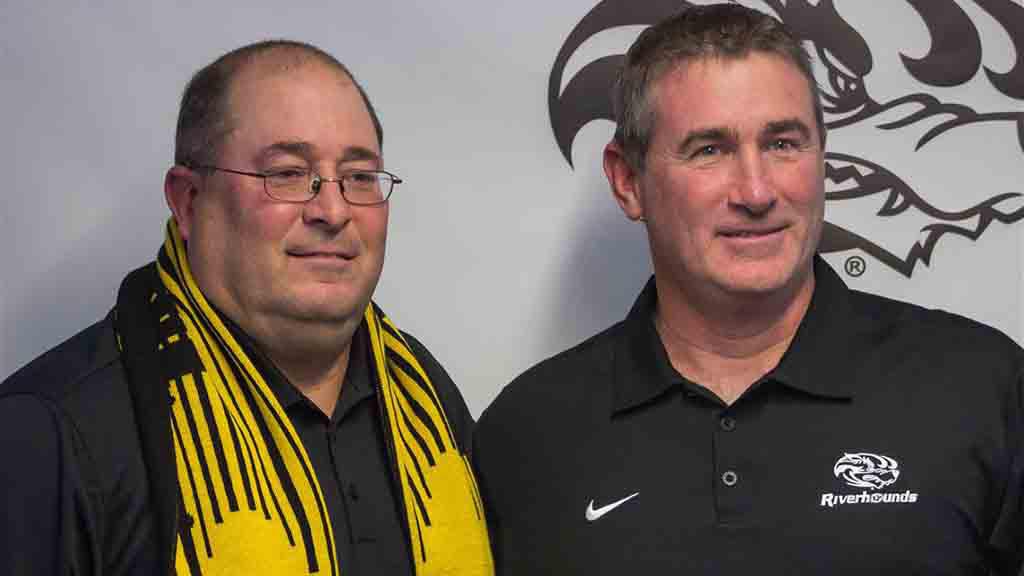 Among those who have starred for the Riverhounds is midfielder Kevin Kerr, who is one of the holdovers in Lilley’s new-look squad. A veteran of more than 130 games for the Hounds in the USL, Kerr has been responsible for some of the great moments at Highmark Stadium since his arrival in 2013. Now Lilley wants to help build a team around him, and the likes of new arrival Kenardo Forbes and former Hounds loanee turned permanent signing Joe Greenspan, that will produce a contender.

If things play out the way Lilley hopes, the sum of the parts will be greater than the individual numbers when the season reaches crunch-time.

“You can’t be defined just by stats and individuals,” said Lilley. “You need to be defined by the collective of our team. I think Louisville really demonstrated that last year in winning a championship, so as much as I love to watch Kevin when we competed against him, and I respect him as a player, we want to give him the help, and we want the fans in Pittsburgh to identify with a lot of players. Hopefully, if we’re playing well, we’ll have a lot of people making an impact this year.”

If Lilley can put together a similar side to those he’s had success with in recent years, the Riverhounds could have the final piece to the puzzle in putting the club firmly on the map in one of the best sports cities in the country.

“I think Pittsburgh is primed,” said Lilley. “They have that desire, that want, that need, and hopefully I can help fill it. The players understand, with all the things we’re getting right in Pittsburgh, it’s time for us to start being relevant on the field.”