Feb. 15 contest will serve as final game for Seattle before CCL begins 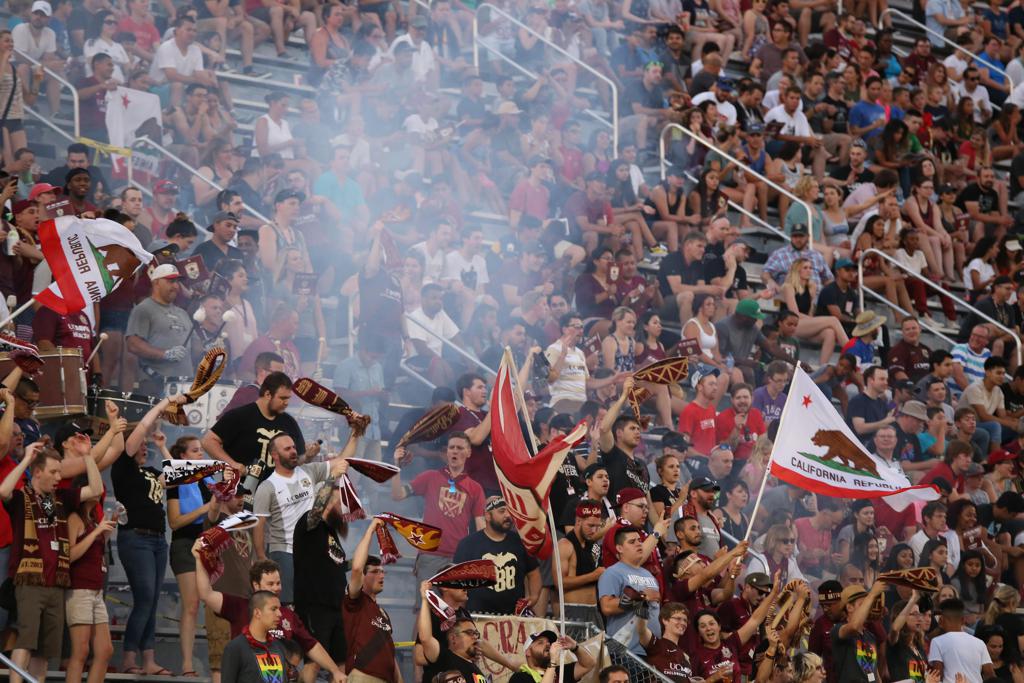 “Arguably no other club in MLS has done more to elevate soccer in this country than Sounders FC,” said Republic FC Chief Operating Officer Ben Gumpert. “Our Northwest neighbors have shown how to embrace an entire community around the club and they have supported us behind-the-scenes since our inaugural season. We are looking forward to returning the favor by hosting the Sounders here in Sacramento and bring some of the world’s best players to challenge our squad in front of our amazing fans.”

The exhibition will serve as the Sounders’ final warm-up before the club travels to El Salvador for the first leg of its Round of 16 game in the 2018 CONCACAF Champions League, where it will face Santa Tecla FC, the 2016 Apertura and 2017 Clausura Salvadoran champions. As such, Sounders players Clint Dempsey, tied for all-time leading goal scorer in U.S. Men’s National Team history, fellow USMNT regular Jordan Morris as well as other National Team members Nicolás Lodeiro (Uruguay), Gustav Svensson (Sweden) and Román Torres (Panama) will look to finalize their preparations for the season and play significant minutes in the friendly.

“As we build toward a rigorous season that begins with CONCACAF Champions League action in just a matter of weeks, we’re excited to add a quality opponent in Sacramento Republic FC to our preseason schedule,” said Sounders FC General Manager & President of Soccer Garth Lagerwey. “Our players will experience a strong atmosphere in Sacramento in front of their passionate fans, and playing a quality USL side is valuable to our overall preparations for the 2018 campaign.”

It is the first time the Sounders will face Republic FC on the field, but Seattle will have a familiar face in its company to Sacramento fans. Republic FC will welcome its former head coach, Preki, back to Papa Murphy’s Park. Preki led Republic FC to a 2014 USL Cup during the club’s inaugural season. Preki currently serves as a Sounders assistant coach.

The friendly match will serve as the first of two Republic FC preseason matches against MLS opposition before the club’s 2018 USL season. Republic FC has played MLS clubs in each of its four preseasons, facing the San Jose Earthquakes and the Colorado Rapids in past years. The club has also played MLS sides the LA Galaxy, Real Salt Lake and the Earthquakes in the Lamar Hunt U.S. Open Cup. Republic FC will face MLS newcomers Los Angeles FC on Feb. 25 at Papa Murphy’s Park.

Fans may sign up for early access to tickets and an exclusive presale at sacrepublicfc.com/mlsfriendlies or purchase tickets now through an SRFC Flex Pack. Tickets for groups of fifteen or more are on sale and may be secured by calling (916) 307-6100. This friendly is part of the 2018 Republic FC season ticket package. Single match tickets will go on sale to the general public on Jan. 31 at 10 a.m. PT via Ticketmaster.com.