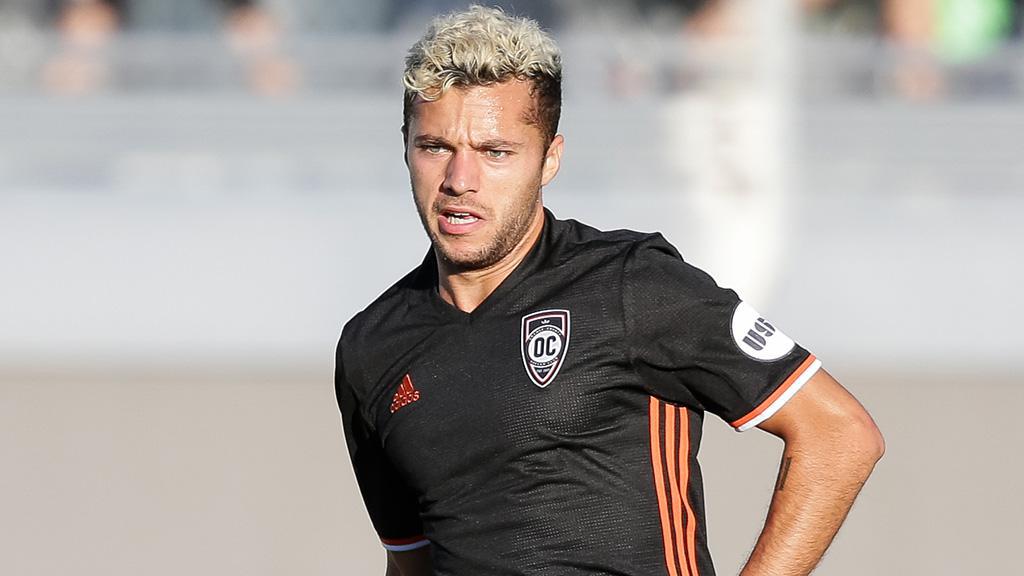 “We’re really excited to have an attacking player like Jerry who has a blend of great pace and technical ability,” said Reno Head Coach Ian Russell. “He comes from a good pedigree by playing his youth career with Dutch powerhouse PSV.”

The 25-year-old spent eight years of his youth career with PSV in his native Netherlands before spending a majority of his adult career with top level Dutch clubs. He’s played with AGOVV, De Graafschap and Go Ahead Eagles with his best stint coming at De Graafschap where he scored 24 goals from 2012-2015.

Additionally, van Ewijk spent time with the Dutch U-17 and U-19 national teams making a total of 13 appearances for the orange and white. van Ewijk’s first season in the USL was a fruitful one in 2017 where he also notched three assists for Orange County.

“Having a player of Jerry’s caliber who has already made an impact in the league speaks volumes to how much this club has grown,” said Reno General Manager Andy Smith. “He brings experience and knowledge from one of the top nations in world soccer and is eager to make an impact in Reno.”

KICKERS LEGEND YOMBY RE-SIGNS: The Richmond Kickers re-signed club legend William Yomby for the 2018 season, pending league and federation approval and receipt of the player’s visa, which will see the Cameroonian return to the club for a 10th season.

A six time All-League First Team defender and former USL Defender of the Year, Yomby made 19 appearances last season after an offseason surgery sidelined him through May. Overall, he has made 240 appearances in a Kickers uniform, amassing over 20,000 minutes of action.

Prior to signing with the Kickers, Yomby was drafted by Sporting Kansas City in the 2008 MLS SuperDraft, inking a developmental contract with the Major League Soccer side before joining the Puerto Rico Islanders later that season. A graduate of Old Dominion University in Norfolk, Virginia, he was selected to the Colonial Athletic Association (CAA) All-Rookie Team before making 48 appearances over three seasons. He also earned All-CAA Second Team honors and was named to the CAA All-Tournament and All-State teams.

SAN ANTONIO RE-SIGNS DUO: San Antonio FC has re-signed defender-midfielder Mark O’Ojong and goalkeeper Lee Johnston for the upcoming USL season. Both transactions are pending league and federation approval, and per club policy, terms of the deals were not disclosed.

After joining the club in April of last season after a stint with Seattle Sounders FC 2 in 2016, O’Ojong went on to make 13 appearances and nine starts in the USL regular season, tallying 789 total minutes. The 20-year-old added two goals and a 76.3 percent passing accuracy rate while playing in both midfield and defense for SAFC. O’Ojong also appeared in two Lamar Hunt U.S. Open Cup matches as well as both of San Antonio’s playoff matches.

Johnston will enter his third season with the club, originally joining prior to the SAFC’s inaugural season. In two years with San Antonio, Johnston has made three appearances in all competitions, making four saves and recording an 80 percent save percentage. Following a red card to Diego Restrepo on June 24 at Colorado Springs, Johnston made his competitive debut in goal for SAFC. The 25-year-old then made his first start for the club the following match at Sacramento Republic FC where he made four saves in a hard-fought draw on the road.

RIVERHOUNDS RETURN ONE, ADD NEWCOMERS: The Pittsburgh Riverhounds have re-signed one player and added two newcomers for their squad for the 2018 USL season, with midfielder Ben Fitzpatrick having re-signed with the club and goalkeepers Mike Kirk and Kyle Morton joining for the new season.

All three have signed one-year deals with a club option for the 2019 season, pending league and federation approval.

Fitzpatrick made nine appearances for the Black and Gold as a rookie in 2017. The Hilliard, Ohio native made his professional debut at the Charlotte Independence on April 15. Prior to joining the Hounds, Fitzpatrick played collegiately for Ohio State University and Urbana University and also had a stint with Premier Development League side the Michigan Bucks.

Morton spent his rookie season in 2017 with new Riverhounds Head Coach Bob Lilley at the Rochester Rhinos, having previously been a standout at James Madison University. Kirk, meanwhile, spent the past season with the USL Western Conference’s Rio Grande Valley FC.