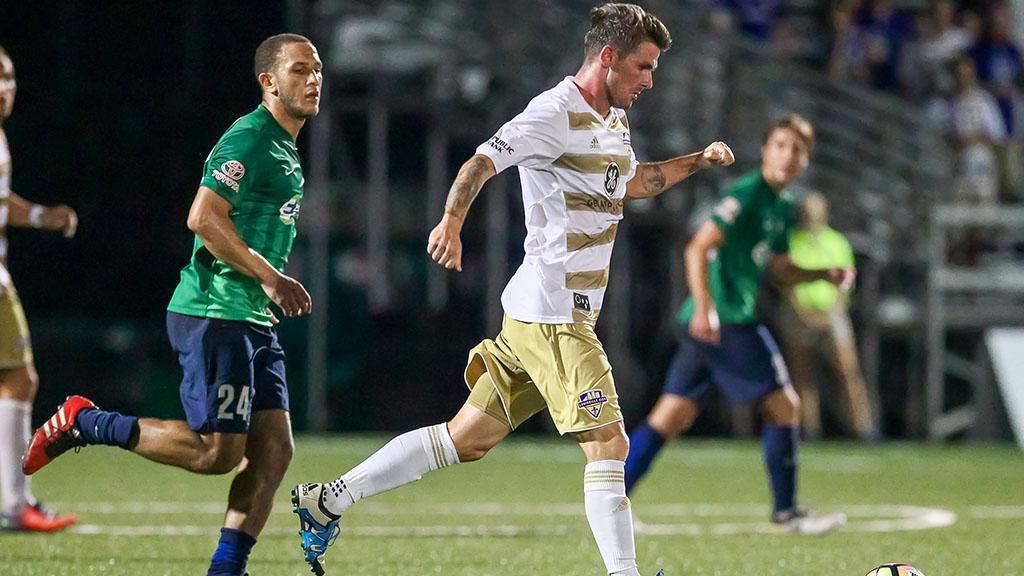 Defending USL Cup champion Louisville City FC and Saint Louis FC will meet in a marquee preseason clash on March 10 at Arad McCutcheon Stadium in Evansville, Ind. to conclude their respective preparations for the 2018 USL regular season, as both clubs announced their plans for the buildup to the new season on Thursday.

Kickoff for the contest between the Kings’ Cup rivals is to be determined, but fans will be able to check out the action one week ahead of the start of the regular season for both clubs.

Louisville will head to the world-class facilities of IMG Academy in Bradenton, Fla. to begin its fourth season, and then face a four-game slate of games that conclude with the contest against STLFC. Head Coach James O’Connor’s side will also face Young Harris College (Feb. 24), Northern Kentucky University (March 3) and Lipscomb University (March 7) ahead of its 2018 regular-season opener against Nashville SC at Slugger Field on Saturday, March 17.

Saint Louis will also head to Florida for preseason, visiting Melbourne, Fla. to kick off its preparations. While in the Sunshine State, Head Coach Anthony Pulis’ reconfigured squad will face both Eastern Florida State College (Feb. 14) and Florida International University (Feb. 18) before returning to World Wide Technology Soccer Park for games with SIU Edwardsville (Feb. 24) and a pair of games against FC Denver (March 3 & 4).

STLFC will then open the 2018 USL regular season on Friday, March 16 against Rio Grande Valley FC at H-E-B Park, with the club’s home opener scheduled for Saturday, March 31 against Colorado Springs Switchbacks FC.